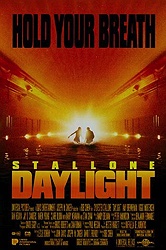 I’ve been on a mid-to-late ‘90s disaster movie kick recently. I’m not quite sure why, but it’s a subgenre I’ve grown a lot of affection for as of late. It all stemmed with a non-HD Starz re-watch of Volcano, which is such a piece of shit that it crosses over into the realm of the sublime. When I saw that Daylight, starring Sylvester Stallone, was going to be celebrating its 20 year anniversary on December 6th I couldn’t resist doing a write-up about it. Part of that reason is because I might have a chance of this being the only retrospective on Daylight on the internet. Someone has been waiting for this article. You’re welcome. 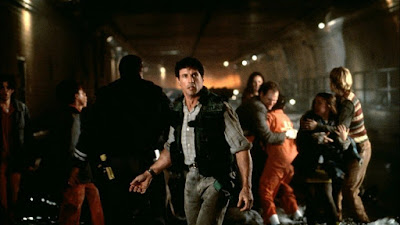 Daylight is a movie that sort of came and went in its initial release. It was during a period where Stallone had a slight resurgence (Cliffhanger, Demolition Man, The Specialist, Judge Dredd, Assassins) but his vehicles were showing diminishing returns at the box office. Daylight was said (at the time) to be his final action film because he felt he was getting too old for the genre. This was on the heels of his mopey and sad (which he mistook for serious) turn in Copland. I like Copland. It’s a perfectly fine cable watch, but Stallone is trying way too hard in it and that performance and his part in Daylight are interesting to me because they’re kind of mopey and sad in subtext just as much as in character. Stallone seems resigned in these movies. His swagger is there in spurts but not on the whole. He’s in a “bleed for this” period in those films. In Copland, he’s partly deaf and overweight and in Daylight he’s disgraced, just like he was in Cliffhanger, but this time he’s much more about sacrificing himself to die and save others. I might be reading too much into it but he seems to want the audiences to know that he gets you’re disappointed in him and he’s going to suffer for his sins on-screen.

So a couple of nights ago I burned some incense sticks, popped in Daylight and re-watched it for the first time in 20 years. I had a good time with it. Daylight is clichéd and stock but I like it because it’s technically very well-made (it’s directed by Rob Cohen, who is the director equivalent of a 12.7 ppg player on a basketball team -- nothing to get excited about, but does the job just fine), acted with conviction and filled with fascinating and weird details. It also made me think to myself that if I ever had a movie in me (as a writer-director) that I would like it to be a disaster movie. Think about it. The hard work goes to the artists in charge of special effects and pyrotechnics and your job is to basically decide which of these characters live or die. It’s like playing G-D. Rob Cohen’s choices of which characters to kill off in Daylight fascinate me. For example, he introduces us to a group of four young convicts and three of them, THREE OF THEM, survive but the guy who lost his son in a previous tragedy has his wife die and the heroic cop (played by Stan Shaw), who is in a sweet romance with a city worker, perishes as well. The one that makes the most sense is the daredevil (played by a pre-LOTR Viggo Mortensen) dies because he’s the alpha and by the end of Daylight we can’t have two alphas. Stallone might be in his “the passion” stage, but he’s not deferential. 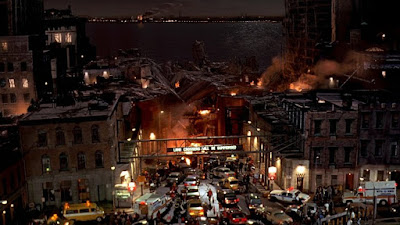 Earlier I mentioned I like Daylight because of the weird details. My favorite goes back to the convicts that are among the group trapped in the tunnel. There’s a quick scene where one of the juvenile criminals (played by the late Sage Stallone) is sitting, talking to a 14 year-old girl (played by Danielle Harris). You would think he might offer up something to say that would calm her down. Seems reasonable, right? Instead, he is trying to pick her up. Which is weird…because he’s a convict...and she’s a young girl…and her parents are there with her…and wouldn’t he be going back to jail or a detention center after this? Do natural disasters count as time served? Speaking of which, why aren’t the surviving juvenile prisoners cuffed immediately after they’re saved at the film’s end?

I also like how the film’s natural disaster is set in motion. The explosion that causes thousands of fatalities in the Holland Tunnel occurs because punk-rock meth-head diamond thieves (who look like they came from the set of Death Wish 3) crash their car, in mid-air flight, into a procession of trucks carrying steel drums of toxic waste. Lastly, this is the kind of movie I enjoy simply because it features a sequence like the following: Stallone (playing a character named Kit Latura, maybe the greatest movie character name of all time) needs to get into the tunnel to save the survivors but the tunnel is sealed at both ends. So to get into the tunnel, he has to get past four giant fans in the air duct system that will be shut-down in 15 second decreasing intervals (i.e. 60 seconds, 45, 30, 15), That alone makes no sense. Second, there’s a digital readout next to each fan, so not only Latura but also the audience can use it as a suspense mechanism. It’s so dumb. I love it.

In the end, I would totally recommend revisiting Daylight. It was better than I remember it being because it is removed of all expectations, doesn’t come on the heels of bad-after-bad Stallone films like he was in ’94-‘96 (in fact it probably benefitted because his last few movies like Creed have been good) and it’s a great reminder of a time in the ‘90s when disaster movies were king. In 1997, we got dueling volcano movies and in 1998 we had dueling asteroid films. I would love for a resurgence to happen again in our present film landscape. It’s a neat throwback to a simpler time when Amy Brenneman (who is maybe the most ‘90s thing about Daylight...or maybe it’s Jay O. Sanders) could be the second lead of your movie and it would cost $80 million dollars. 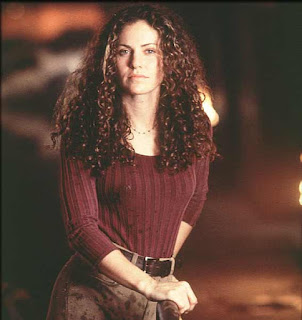 Note: The poster for Daylight is interesting. 1) It has the tagline “Hold Your Breath,” which makes no sense because a reason the survivors need to escape the tunnel is that they are losing breathable air and 2) Such was Stallone’s box office status in 1996 that his face doesn’t even appear on the poster. Really strange for a star vehicle where you paid your lead $17.5 million to appear in it. They must have been counting on that Twister formula, which is to not sell the stars but sell the disaster movie angle.