Your first streaming recommendations of 2017! 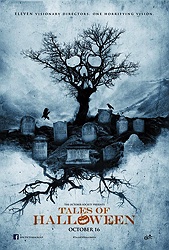 Tales of Halloween (2015, dir. Axelle Carolyn, Mike Mendez, et. al.) Visitors to F This Movie! already know that I'm a big fan of this horror anthology, released last year and gathering an embarrassment of riches in contemporary indie horror for a movie that's too much goddamn fun. This movie rewards you for being a horror fan, and while you might not be in Halloween mindset in early January, I think it's the kind of film that's fun all year long. When you're done, you can watch it again with the solo commentary I recorded last year. You're welcome. (Watch on Netflix) 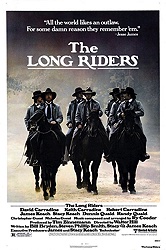 The Long Riders (1980, dir. Walter Hill) One of the very first proper westerns the great Walter Hill ever directed, The Long Riders is nowadays most famous for casting of a bunch of real-life brothers: David, Robert and Keith Carradine, Stacy and James Keach (who also co-wrote and produced), Dennis and Randy Quaid and Christopher and Nicholas Guest. It's a gimmick, sure, but one that I love because of how reality informs the familial connections presented in the movie. The movie is a little overstuffed with characters and subplots, but still offers plenty of Walter Hill greatness and the director's first collaboration with composer Ry Cooder, with whom he would work many more times (Watch on Hulu) 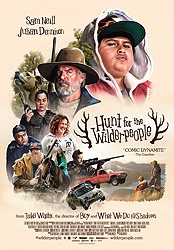 Hunt for the Wilderpeople (2016, dir. Taika Waititi) One of this year's very best comedies has landed on my Top 10 list this week, as well as JB's, Melissa Uhrin's and Erich's. It's really great, and if you haven't seen it yet you now have no excuse. (Watch on Hulu) 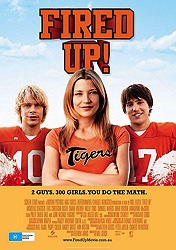 Fired Up! (2009, dir. Will Gluck) As stupid teen movies go, this one is pretty smart. That should come as no surprise, as it's written and directed by Will Gluck, who would repeat the same feat to more critical and commercial acclaim with Easy A one year later. Eric Christian Olsen and Nicholas D'Agosto (my wife's college friend!) are both very funny as fast-talking football players who realize that becoming male cheerleaders is a great way to meet girls. The plot is completely predictable and movie relies heavily on familiar teen movie tropes; what makes it worth watching is the interplay between the two leads, who both have clearly studied as the school of early '80s Chevy Chase. I know there are some people who find this movie insufferable, but I like it a lot. (Watch on Crackle) 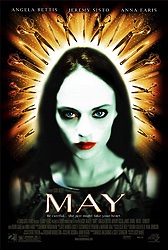 May (2003, dir. Lucky McKee) The more years go by, the more I'm convinced that May is one of the two or three best horror movies of the 2000s. Lucky McKee, one of my very favorite current directors, wrote and directed this story of a broken girl (Angela Bettis, giving one of my favorite performances in a movie ever) looking for love. There is darkness and weirdness and lots of discomfort and horror, but also beauty and empathy. I can't say enough good things about it, but in case you're not tired of me gushing over the movie you can listen to myself and Adam Riske do more of it on our podcast. (Watch on Shudder) 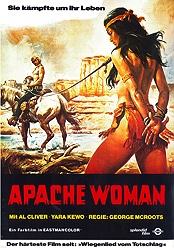 Apache Woman (1976, dir. Giorgio Mariuzzo) Offbeat Italian western that's more of a love story than anything else between an American soldier (Al Cliver of Zombie fame) and a Native American woman (Clara Hopf). Super low budget and decidedly non-PC, the film actually takes its time and gets us to invest in the romance at the center. It also doesn't really go where you might think. Rudy Maglioni's terrific score helps a lot, which is good because it plays over almost the entire film. Like a lot of titles on Amazon, the quality on this one is a little sketchy (the audio even lapses into the original Italian at points), but if you're at all a fan of spaghetti westerns I think this one is worth a look. (Watch on Amazon Prime Video)
Posted by Patrick Bromley at 12:00 PM