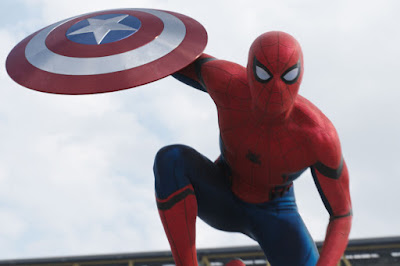 Another year, another chance to apologize for having missed most of the movies that came out.

Where other writers on this site saw upwards of TEN good films in 2016, my role as slug-a-bed cinephile leaves me ready to play catch-up in 2017 but unprepared to weigh in on most of the year's biggest movies. All I can say in my defense is I'll make it up to you next month during F This Movie! Fest. Until then, time to should forget some auld cinematic acquaintances.

I respect anyone who includes Captain America: Civil War on their top ten list (can I have those photos back now, Doug?). It's ambitious, fun, has killer action, and deftly balances more characters and storylines atop a Marvel cinematic Jenga tower that occasionally wobbles but stubbornly refuses to fall. It's this last feat that impresses me most. Comic book movie fatigue is palpable across film blogdom, including this very site. I get it. I used to be annoyed by Marvel's approach to filmmaking. The movies are ephemeral. They rarely stand on their own. I hardly ever want to rewatch them. There's little room for experimentation. 2016 was the year I learned to stopped worrying and love the Marvel Cinematic Universe. The key to embracing the MCU is to stop thinking about these as traditional movies or sequels. These films are the onscreen equivalent of comic books, with each entry telling a little more of an ongoing story, loosely bundled into cinematic trade paperbacks called "phases." Of course Marvel plans their movies years in advance. Of course there are no lasting deaths or irreversible twists. Of course characters show up in each others' films to promote future projects. That's how comic books work. If that's not what you want out of movies, cool. I don't want it from all movies but I'm glad Marvel is doing it, especially if it means we get films like Civil War. 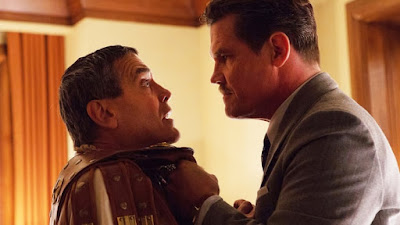 If Hail, Caesar! were set in the modern day, Capitol Studios would probably be making a comic book movie instead of the biblical epic that shares its name with the Coens' latest. Like many of the brothers' films, Hail, Caesar! is immediately charming but requires work from the viewer to fully appreciate. It's goofy and fractured in a way that turned off many critics. Middling reviews knocked it off my must-see list for almost the full year. I finally watched Hail, Caesar! during the holidays. I liked it on first viewing, but it took a second to see the clockwork genius in the chaos. Hail, Caesar! is a treat for movie fans: a bottle rocket day-in-the-life-of-a-golden-age-studio story that winds through amusement park attraction setpieces that celebrate the magical, messy process of making moving pictures. The dance numbers and DIY stunt work meet the Edgar Wright standard of being both funny parodies of the thing and brilliant examples of the thing being parodied. The script sparkles on the surface while offering deeper themes for those willing to dig. Top-tier actors give great performances in small roles. It looks great, it's hilarious, and it fully deserves the critical reassessment it's bound to get in a few years.

When I first saw Jeremy Saulnier's Green Room, I loved it as a taut thriller that defies easy genre classification. Now, I see it as the perfect allegory for the crapfest that was 2016. Punk rockers The Ain't Rights start the film as self-assured badasses who do whatever they want. After a bad run of tour dates, the group accepts an offer to play a club they realize too late is inside a white supremacist compound. They mock and taunt their hostile "Nazi punk" audience. They posture. They sneer. They discover too late how unprepared they are to go toe-to-toe with real evil. Replace The Ain't Rights with progressive liberals and the white supremacist compound with Twitter and you basically have America after the 2016 election. Not that the real-life egg avatar army or their puppet president-elect have anything on the bad guys in this movie. The "alt-right" attackers in Green Room aren't faceless villains. They are tactical, disciplined, and led by Patrick effing Stewart. The baddies aren't dangerous because they are unrepentant hatemongers. They are dangerous because they're so well organized. Saulnier pitches his Assault on Precinct 13 as a war movie and it makes all the difference. I'm not saying we should use the second half of Green Room as a template for dealing with 2017. I'm just saying maybe it's time to stock up on duct tape. 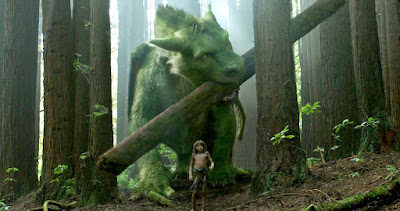 From green rooms to green... fur? Ugh, sorry. Despite positive reviews, Pete's Dragon isn't showing up on "best of" lists. I get it. It's a family film. It's a remake. It co-stars a CGI dragon. This movie shouldn't workóbut it does, in large part because director / co-writer David Lowery jettisoned almost everything from the 1977 original except the basic premise: a young orphan with a chameleonic dragon BFF finds a surrogate family in a small town. The environmental message and basic story beats are straight out of the Disney playbook, but the familiar elements do nothing to detract from a magical coming-of-age story with a sweet central relationship between a feral child and a cartoon dragon. The best lyrical sequences in Pete's Dragon are reminiscent of criminally underrated Carroll Ballard films like The Black Stallion and Duma. I took my daughter to see it. We both loved it. I cried. I cheered. It was the perfect antidote to the rest of 2016. Come to think of it, so are the next two movies on my list.

I don't make it out the theater as much as I'd like to. In any other year I would have skipped La La Land. It's exactly the kind of movie I hear great things about in December but wait to see until it hits streaming services a few months into the new year. I'm so glad I made the effort to take my wife to the nearest arthouse theater to see La La Land on the big screen. This is another movie that seems simple on paper. There's a good reason we don't watch movies on paper. Ryan Gosling and Emma Stone star as dreamers living in a town tailormade to crush dreams. They meet, they flirt, they sing, they fall in love, they dance, they argue, they fly; they run the gamut of emotions in any intense relationship. As a straight romantic drama, La La Land would be exceptional. As a stylish musical with stunning choreography, hummable music, and bravura direction, it's transcendent. It reminded me at times of films as diverse as Singin' in the Rain, Fantasia, Once, and The Muppet Movie. I've been listening to the soundtrack on a loop since I saw it. Forget the mercifully few naysayers and nitpickers. Who cares if it wins Best Picture? Who cares if it beats Deadpool at the Golden Globes (actually, you can care about that one)? Throw aside cynicism and see this film as soon as you can. 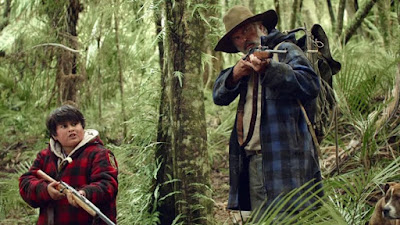 1. Hunt for the Wilderpeople

I could probably swap my number one and two movies and be just as happy with my list, but I didn't choose Taika Waititi's Hunt for the Wilderpeople as my favorite film of the year. It chose me. This story of two outcasts on the run through the New Zealand bush from a bureaucracy that doesn't understand or value them has little in common with Waititi's previous film, What We Do in the Shadows. That it's every bit as fresh, inventive, and fully realized as that vampire mockumentary is a testament to the director's talent. Waititi hasn't reached Edgar Wright levels of creative invulnerability yet, but Wilderpeople automatically bumps all of his future films to must-see status. This is a perfectly balanced film. Funny but not cartoonish. Heartwarming but not cloying. Quirky but not twee. With funny, moving performances from a scruffy Sam Neill and the film's breakout star, the young Julian Dennison as "skux" foster kid Ricky Baker. Hunt for the Wilderpeople is the kind of standalone gem we beg for: new, refreshing, and not the start of an annual franchiseóthough I would totally watch a Wilderpeople 2: Even Wilderer to see if Ricky, Hec, and Tupac can find that bird. ...Maybe in 2018.
Posted by Patrick Bromley at 5:00 AM