We are all interested in this man and his podcast, for that is the stuff we use to fill the empty spaces between our ears. You are interested in the unknown, the mysterious, and the unexplainable—that is why you are here. And now, for the first time, we are bringing to you the full story. We are bringing you all the evidence, based only on the secret testimony of the miserable soul who survived knowing this man for almost 25 years. I am that miserable soul. The love of chicken sandwiches, the love of KISS, and the love of giallo—my friend, we cannot keep these a secret any longer. Let us punish the guilty. Let us reward the innocent. Remember, my friends: Patrick Bromley and his podcast will affect you in the future!

• The name “Patrick” is actually Gaelic for “It’s fine.”

• If you enjoy the podcast, you would really enjoy the podcast outtakes, which contractually may not be posted until after my death. In one segment, Patrick disagreed with me so vehemently that he screamed, “Consider this your last podcast, fatboy!” and yanked the power cord from the wall with such ferocity that chunks of drywall went flying. As he began to beat me with the business end of the cord, I ran to the bathroom and wrested the porcelain top from the toilet—NOT to beat him senseless (as I explained to the officer later), but to placate Patrick by reminding him of True Romance, one of his favorite movies. 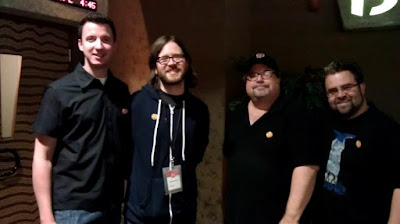 • As the story above proves, Patrick’s reputation as a “decent, patient man” with “super-kind eyes” may be, shall I say, overstated. I have seen podcast-inspired fistfights between Patrick and Doug that resulted in emergency room visits, broken ribs, and a broken toe. I have heard Patrick bait Erich Asperschlager to the point of profanity, which is not in Erich’s nature. I once saw Patrick reduce Adam Riske to tears. (Like the rest of us, he knows to leave martial arts master Mark Ahn alone.)

• With apologies to her fans, I must reveal that Heather Wixson doesn’t really exist. That’s Patrick doing her voice on their podcasts together. Patrick’s doctors claim that “Heather Wixson” is merely one of his many “personalities.”

• One night when we are all sitting down with some adult beverages, remind me to tell you all about the dark time when Patrick neither cut his hair nor slept for thirteen consecutive years. 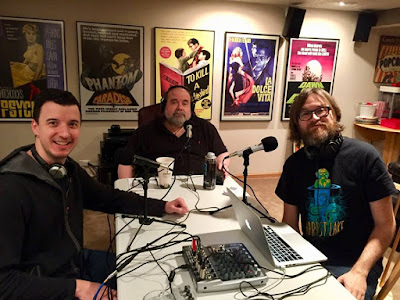 • Everyone thought that piece I recorded for the fifth anniversary podcast about being chained in a cage in Patrick’s basement was just a funny bit. Sigh. THAT’S WHY I’M STILL IN THE CAGE, FOLKS.

• Patrick has no believable explanation of where he was on the weekend of the Paris terrorist attacks. Just saying.

• Mike Pomaro and Adam Thas? Just two more of Patrick’s “personalities.” The US Census has no record of a “Heath Holland” living anywhere in the “continental United States.” Rob DiCristino is a hand puppet. 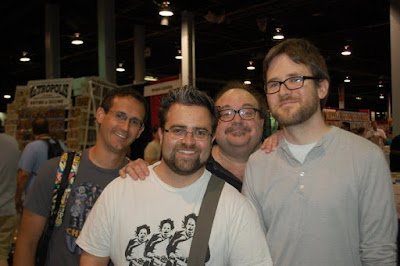 • Because Patrick Bromley cannot distinguish between fantasy and reality, every movie he sees is, in his mind at least, “true.” He believes that he has gone “back to the future” and invented rock and roll. He is Winslow, the poor composer crushed by Swan in Phantom of the Paradise. Most tragically, he thinks that it was his DNA, extracted from a prehistoric mosquito trapped in tree sap, which gave rise to the T-Rex and velociraptors in Jurassic Park. Do not try to talk him out of these “facts!” His team of doctors thinks it best if he is simply allowed to exist in a state of what they call “sedated, cheerful, and hopeful ignorance.”

• Many people think that Patrick invented F This Movie! Fest to capitalize on the popularity of Twitter… until they realize that Patrick actually invented Twitter.

• And me? You guessed it: I am merely another one of Patrick’s myriad “personalities.” Patrick has written this column through the conduit of another person who doesn’t really exist… and written it about HIMSELF! And all of you reading this... yes, you there, and you... and you… don’t you see now that, as loyal listeners of F This Movie!, you are all figments of Patrick’s prolific and fevered imagination? Did I just blow your mind? NO. I blew MY mind! You’re welcome. I’m welcome. 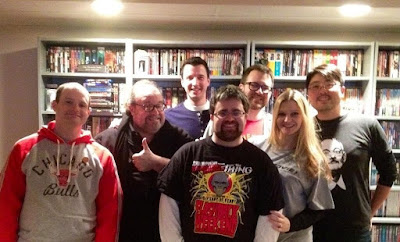 My friend, you have now read this column, based on my own sworn testimony. Can you prove that Patrick Bromley doesn’t exist? Perhaps on your way home, someone will pass you in the dark, and you will never know it, but it is Patrick. Either run quickly in the opposite direction or punch him in the throat. My God, the only language this man understands is pain! Many scientists believe that people with multiple personalities live among us. We once laughed at mental illness, the telephone, and mental illness. So much laughter! Here’s hoping that Patrick has an outstanding 40th birthday. I would only ever joke around like this with a very very good friend. Happy Birthday, pal.

The Pope will return next week to tell you about the best movie ever. 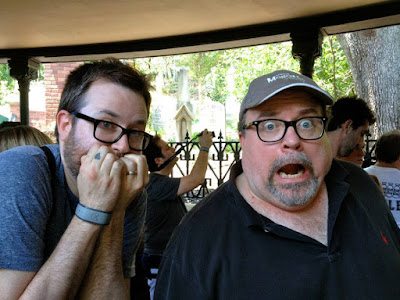 Email ThisBlogThis!Share to TwitterShare to FacebookShare to Pinterest
Labels: glutton for punishment