• I want to be more excited for Guardians of the Galaxy Vol. 2 than I am. I like the first movie (and want to hang out with these great characters more) but I’m worried this will suffer more of the comedy sequel fate instead of the MCU every-one-of-these-movies-are-entertaining-but-feels-the-same fate.

• The Dinner (from director Oren Moverman, whose The Messenger I really liked) stars Richard Gere, Laura Linney and Steve Coogan and appears to be about white privilege being threatened. It feels like every Richard Gere movie ever made (he’s the Michael Jordan of “white privilege being threatened” films) and why is Rob Brydon not there if Steve Coogan is eating in a restaurant?

• King Arthur: Legend of the Sword is probably a movie I’ll see because I need to review something on a slow weekend with Rob for a “Reserved Seating” column. But seriously, Guy Ritchie – King Arthur – Charlie Hunnam…this looks designed to lose tens of millions of dollars.

• Snatched has some of the most irritating music stings in any trailer ever (the nadir is when Goldie Hawn is putting sunscreen on Amy Schumer’s nose). It almost single-handedly makes me want to not see the movie. I see this trailer all the time. I can’t get away from it. It’s not as bad as how many times I’ve seen the Baywatch trailer, but it's close.

• I’ll see Alien: Covenant because I have no self-control but, I mean, this series is…oh, forget it. I don’t want to get people mad.

• I saw the trailer for Diary of a Wimpy Kid: The Long Haul before Beauty and the Beast and was depressed to see that Alicia Silverstone and Tom Everett Scott are playing the lame parents. That makes me feel really old. It’s like when Peter Fonda would show up in a kids movie back in the day and I would be like “Who’s this asshole?” because I was just a pup and unaware of Easy Rider.

• I was fooled into The Fault in Our Stars. I was not for If I Stay. Everything, Everything is the latest dying teen summer romance from Warner Bros. Not gonna get me this time!

• I didn’t like the third or fourth Pirates movie and I am pretty much over Johnny Depp BUT I still want to see Pirates of the Caribbean: Dead Men Tell No Tales. I heard this is the franchise’s conclusion, so I’m hoping for a Fast Five scenario where they really tie things together continuity and character-wise and also a new Pirates movie feels like summer to me. It’s probably the Disney. And the water. P.S. The ride at Disneyland and Disneyworld is one of my favorites. I wish I could start my day with it.

• I don’t think the trailer for Baywatch is funny, Seth Gordon movies stink (King of Kong aside) and Dwayne Johnson is (sadly) starting to grate on me, but I’ll still end up seeing this because I love me the Daddario, Zac Efron being a moron is always funny and it comes out on my birthday. 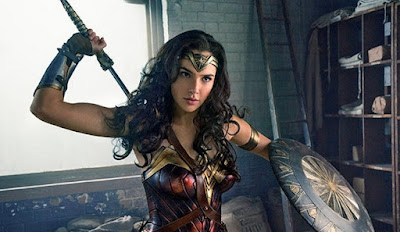 • I might not even see Wonder Woman. I feel like I’m done with the DCEU altogether. If I do go, it will be because I need a Chris Pine fix. He’s my favorite of the Chrises. Gal Gadot will be good as the lead character, I’m sure. I hope it’s a pleasant surprise.

• Captain Underpants: The First Epic Movie sounds like the type of movie I would have loved when I was a little guy. I’m getting Doug’s 1st Movie vibes. Still not gonna go, though. There’s no socially acceptable time for a grown man to see Captain Underpants by himself.

• In theory, I’m against almost everything The Mummy (2017) stands for (part of a shared universe build, reboot, more Tom Cruise doing nothing but action movies even though he should mix in a drama every once in a while) but I’m still going to go see it. Jake Johnson’s the sidekick, Sofia Boutella is cool and it reminds me of how excited I was for The Mummy series from almost 20 years ago. Like with Pirates, it just feels like summer to me to have a new Mummy movie.

• The trailer for It Comes at Night is spooky and opaque enough for me to want to see it. Combine that with A24 (who usually have good quality control) and a solid cast (including Joel Edgerton and Riley Keough) and I’m there.

• Megan Leavey appears to be a beautiful tear-jerker true story of a marine (Kate Mara) and her dog. I don’t imagine I’ll see it in theaters (It looks too much like 100 other movies I’ve already seen) but I might eventually. How was this not directed by Peter Berg? 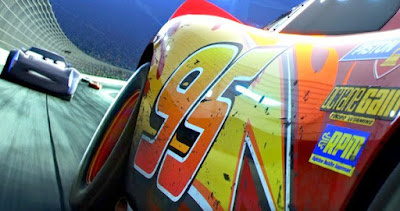 • I skipped Cars 2 when it came out (it’s the only Pixar I have not seen) but I might go back and double bill it with the upcoming Cars 3. As dumb as it sounds, the story of a rehabbing Lightning McQueen sounds really interesting to me. I’m hoping it’s Born on the 4th of July with animated cars. I’ll settle for a Rocky movie with animated cars.

• I’ve always been fascinated by Tupac Shakur and I love most of his music. The more I see and hear about All Eyez on Me, though, the more I’m concerned. I think it’s being made more to capitalize on the success of Straight Outta Compton than anything, the director (Benny Boom) has an underwhelming cinematic pedigree and the line in the trailer (promising the “real story”) makes this have an air of tabloid trash. I might be better off revisiting Tupac Resurrection, which is an amazing documentary.

• Rough Night is the first in the double dip of girls-gone-wild movies coming out this summer (the second being Girls Trip which is out in July). It could be funny but the whole let’s-do-drugs-and-get-wild thing is something I’ve outgrown in movies regardless of gender.

• The Book of Henry, a new thriller from Colin Trevorrow, has a very bizarre premise and trailer. I’ll wait and see what the reaction is to this one but I’m much more curious than interested. It feels very Lovely Bones-ish to me at this point.

• I pray I don’t have a weak moment and say “Fuck it. One for Transformers: The Last Knight” this summer. It’s a movie only made because it rakes in international dollars. The whole franchise feels antiquated to me at this point.

• I’m about the biggest Sofia Coppola fan remaining so I am stoked for The Beguiled, a remake of the Clint Eastwood-Don Siegel joint from the early ‘70s. It stars Sofia-alums Elle Fanning and Kirsten Dunst (she’s a stone fox) and also Nicole Kidman and Colin Farrell.

• Have you seen the trailer for The Bad Batch, the post-apocalyptic cannibal movie starring Jason Momoa, Keanu Reeves and Jim Carrey? It looks nuts. I’m intrigued. 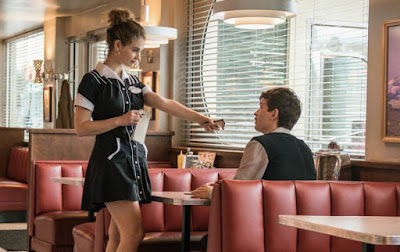 • I love Edgar Wright. I love his Cornetto trilogy. I like (don’t love) Scott Pilgrim. I don’t think Baby Driver looks terrific based on the trailer (I’m unsure about Ansel Elgort as a lead and I think the movie looks like it’s trying too hard to be hip) but that’s a trailer. In Edgar I trust. He’s a genius. I can’t wait to see the movie.

• I don’t have kids so I don’t need to see Despicable Me 3. I know people love it. It’s white noise to me. I have no interest.

• It seems like a long time since we got the last straightaway Will Ferrell comedy. The House looks only okay but it might be a good casual watch on a slow weekend this summer.

• Amityville: The Awakening has been on the shelf for a very long time (since January 2015) which is never a good sign. Combine that with me never having seen an Amityville movie and I probably won’t start here.

What May and June releases are you most (or least) excited about?
Posted by Patrick Bromley at 12:00 PM