What better way to celebrate Valentine’s Week than with movies I love? Probably many.

Ong Bak: The Thai Warrior (2005) – I saw this movie in theaters as a total fluke. My cousin and I were looking for anything to see back in February 2005 and we were like “What is Ong Bak?” We watched the trailer and by the time it was over I was all “Put your fucking coat on and meet me. I’m already at the theater.” This is peak Tony Jaa and an absolute showcase for his kick-assery (The Protector is also fun) with some of the best fight scenes I had seen until I saw The Raid. Nevertheless, Ong Bak is a total blast. You know how Patrick says “John Wick will kick your dick?” Well, “Ong Bak will block your cock.” Put that on a t-shirt. And wear it as an undershirt so no one sees it.

Breach (2007) – This is a great, based-on-a-true-story thriller from writer/director Billy Ray, whose previous movie was the incredible Shattered Glass. You should see both if you haven’t already. Or don’t, it’s up to you. Breach shares some similarities to Shattered Glass, as both are about a pair of coworkers where one must take down their craftier and duplicitous associate. The movie has predictably great work from Chris Cooper and Laura Linney and a surprisingly good turn from Wish Upon favorite Ryan Phillippe. I wonder how this movie will play now, being that it’s about a government employee selling out the United States to Russia. It would be intriguing to revisit.

Jumper (2008) – Here’s where the list starts to get weird. I know Jumper is basically YA-ish crap, but I bought into its bullshit and had a great time watching it back in 2008. By the end when they are like “Your mama’s a Paladin!” I was all “WOOOOAAAHHH! This changes everything for our Jumper protagonist! Let’s watch what happens!!” I also love Jumper because it’s such a relic of its time – by that I mean a theatrical movie where Hayden Christensen and Rachel Bilson have lead roles. This would be rented by Rob at Redbox in 2018, but in 2008 it opened #1 at the box office. The execution of this movie is not great (it’s pretty thrown together for Doug Liman) and Jamie Bell is a chore, but the premise is cool and I wish they would have made more films in this universe. As the kids say, don’t @ me. 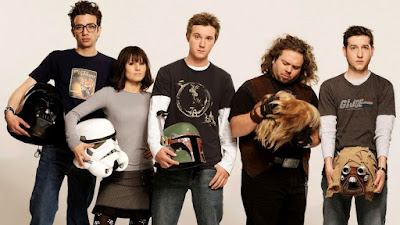 Fanboys (2009) – I was expecting this movie to be dead on arrival, but I liked it so much I ended up seeing it theatrically twice and now revisit it once every couple of years at home. Fanboys coasts on being a fun road trip movie with a game ensemble and I like that it’s a feature about a pop culture event. You usually see that more in documentaries. Fanboys does a good job capturing the mood leading up to the release of The Phantom Menace, and now feels like a whimsical time capsule as fandom has changed into an uglier thing since the era (era) this movie portrays (I have wondered what these guys would have thought of The Last Jedi). I’ve mentioned before that part of being a fan is to look back with fondness even on the bad entries of your properties because it allowed for hours of venting and joking about it with your friends. I wouldn’t necessarily trade those experiences for a better Blade: Trinity, for example. Fanboys is a movie that celebrates friendship through fandom. I think us genre fans complained just as much back then as we do now, but we did it more in good humor, with pals at someone’s house and not anonymously and angrily to strangers online. I would love to see a follow-up with these characters but in present day. It could be like a Before Sunrise series.

Two Lovers (2009) – I saw this one on VOD back when VOD was basically only for movies from IFC Films and Magnolia Pictures and it's stuck with me over the years. Two Lovers is a romantic drama about a love triangle between a Jewish man (played by Joaquin Phoenix), a Jewish woman (Vinessa Shaw) and a “Shiksa Goddess” (Gwyneth Paltrow). The performances carry the movie and make it compelling. Phoenix is kind of an unremarkable guy in this movie and he should be thanking his lucky stars Vinessa Shaw is in love with him, but his eyes keep wandering to Paltrow. I think we’ve all been in a similar situation where a perfectly good romantic partner is right there and waiting but you hedge your bets because it’s too easy and you want a challenge in winning over the other, less available person. It’s demented. Two Lovers captures that dilemma very well. This is my favorite James Gray movie. 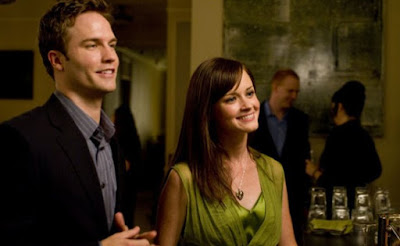 The Good Guy (2010) – I spoke about this Alexis Bledel romantic drama on the podcast last year after stumbling upon it again on cable. For years, I thought this was the one movie that “got dating.” Now I realize it’s not that extraordinary, but The Good Guy still is super watchable and the best Bledel movie I’ve seen (I have not watched the Traveling Pants pictures). It’s funny that I used to think Rory Gilmore was this ideal woman, but as evidenced by the continuing run of Gilmore Girls and pretty much every romance Alexis Bledel has had on the big or small screen, she’s kind of a terrible romantic partner. It’s all obscured by her workaday Audrey-ness. If you, like me, are bummed that you can’t have all the episodes of the Amanda Bynes sitcom What I Like About You on DVD (when are they going to release season 3???!!!), then The Good Guy could provide you with a “we’re young, going to the bars, hooking up, dime-store philosophizing, millennial entitlement, Gavin DeGraw, fabulous apartment, let’s open a cupcake store, I was offered a promotion but of course it means I have to move to San Francisco, I want to apologize but only in the rain, DVR One Tree Hill” fix. How do you tell the good guys from the bad? The truth from the lies? The ONE from all the others? By watching The Good Guy. Co-starring Anna Chlumsky at her most beguiling. I’m not kidding. She’s beautiful. I’d knock over ten Bledels for one Chlumsky.

The Illusionist (2010) – Not the Edward Norton movie. I’m talking about the Academy Award nominated animated feature from director Sylvain Chomet. It tells the story of a downtrodden, remorseful illusionist who has one last chance at redemption/happiness/self-worth when he meets a girl who still sees him as an awe-inspiring artist. This is a very sad movie and I wouldn’t recommend it if you’re depressed, but it also contains evocative 2D animation, a great score and some inspired comedy set pieces. The Illusionist has stuck with me for years. It’s from a script by the late, great Jacques Tati that was the subject of some controversy at the time of this movie’s release. The whole thing is very complicated, so I won’t get into it here. Speaking just as a person who watched the movie without a personal stake in it, I’m glad The Illusionist exists because it’s a terrific story partly about our capacity to live with regret.

Love and Air Sex (2013) – I am not crazy about the air sex portions of this film, but the love of the title is worth watching. Love and Air Sex is one of those SXSW movies that sort of never found an audience (except me and I think Patrick watched it and didn’t like it), but I dig it because it takes place in Austin, TX and I love Austin, TX and this is a little travelogue for me to re-watch when I don’t have money to go to Austin, TX. Love and Air Sex has some interesting and honest observations about romance and long-distance relationships, a fun energy, a great closing scene, a grungy/punky Sara Paxton and the Addison Timlin performance that made me fall in crush with Addison Timlin. If you’re a hipster or a sad bastard romantic, you’ll like this. If you don’t, I don’t know what to tell you other than that happens sometimes when you watch a movie. 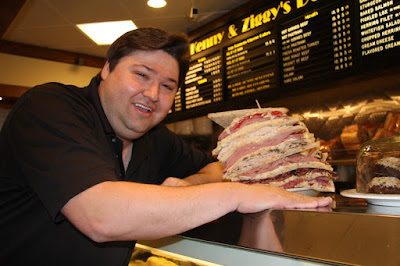 Deli Man (2015) – Oy, I love this movie! I had no idea this documentary existed until one day I discovered it as I was reading movie reviews in the Chicago Sun-Times. I thought “DELI MAN! That sounds amazing. Where’s it playing?” Of course, it was only at the theaters in Jewish neighborhoods, so I paid my check, grabbed some gelt and went to the first show I could. It’s so Jewish and it’s so deli. I loved it. It tells not only the history of Jewish deli in the United States but also follows a gregarious third-generation deli man named Ziggy Gruber. He’s the best! This movie will make you hungry. This movie will make you happy. And this movie might even make you Jewish if you watch it more than once. P.S. There’s one “Deli Man” (in quotes, because he sucks) who’s a deli owner in Canada and he drives around a truck that says “Sometimes you gotta Jew it up!” or something stupid like that. Yeah, I don’t like him or those new wave hippy dippy Jewish fusion deli guys. Fuck them. Real deli is real deli. Have these mashuganas forgotten everything about tradition? If I don’t watch Deli Man again soon, I’ll plotz!

What are other underrated February movies from 2005 to today? I left some good ones out intentionally for you all to bring up. Leave a comment below, yo.
Posted by Patrick Bromley at 5:00 AM