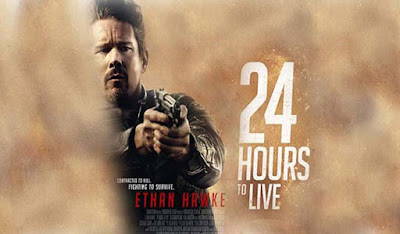 The Redboxing gods can often be cruel and unforgiving. They can punish us for our curiosity and berate us for our ignorance. They can trick us into watching The Last Face* just to laugh at our misfortune. But sometimes — not often — but sometimes, the Redboxing gods are kind and just. Sometimes they reward us for our patience and fortitude with gifts like 24 Hours to Live, a film that feels like — as we’re wont to joke around here — it was written and directed by an actual Redbox. The 2017 thriller (the second feature from accomplished stunt coordinator Brian Smrz, his first since 2008’s Hero Wanted) was released to VOD by Lionsgate and stars Ethan Hawke as a retired assassin called back into service for One Last Job. Did you hear that? A Lionsgate VOD release starring Ethan Hawke? That’s a Redboxing hat trick; it would be irresponsible not to take it for a spin. Throw in a sexy, ass-kicking Interpol agent (Qing Xu), a long-haired, beach-lounging Rutger Hauer, and Game of Thrones’ Liam Cunningham (glorified cameos though the latter two parts may be), and things can only get more interesting. Hawke is Travis Conrad, a paramilitary contractor who walked away from the job to mourn the untimely deaths of his wife and son along with his father-in-law, Frank (Hauer). But when old partner Jim Morrow (Paul Anderson) brings him a million-dollar offer to neutralize defector Keith Zera (Tyrone Keogh) before he testifies against their shadowy murder organization and its head, Wetzler (Cunningham), Conrad finds the deal to good to pass up. He seduces Interpol Agent Lin (Xu), the person with knowledge of Zera’s most recent whereabouts, but — twist! — Lin puts two in Conrad’s chest before he can escape with the data. Movies have to be longer than fifteen minutes, though, so Conrad wakes up an operating room to find that an experimental procedure has brought his back for twenty-four hours (the forearm countdown thingie from In Time helps him keep track) to finish the job with Morrow’s help. Conrad instead decides to save Zera, and when Wetzler kidnaps Lin’s son Christopher (Jeremy Young) and holds him for ransom, the reluctant assassin resolves, reluctantly, to assassinate again.

To truly appreciate what works about 24 Hours to Live, we have to start by admitting that it’s nothing special. There are no revelatory performances or explosive, genre-defining stunt sequences. The film blends John Wick with Taken and Crank in a fairly straightforward and serviceable way that, though never reaching the unique heights of those films (and certainly lacking their character), acknowledges them as influences and pays its respects. But this economy of vision and execution is actually one of 24 Hours’ major advantages: it never pushes too hard or goes too far. Smrz and his team understand their exact capabilities and play to their strengths in nearly every moment, stripping out the extraneous bullshit without shorting the story or characters or cutting corners production-wise. The action scenes are small in scale — the best being a pair of shoot-outs — and they’re staged and shot with a clean, dynamic quality that reflects an intelligent consideration of the camera’s ability to create depth and scale. This sounds really rudimentary and obvious, but it’s amazing how often these scenes feel flat and rushed in films twice this size. Smrz’s respect for his game is refreshing. 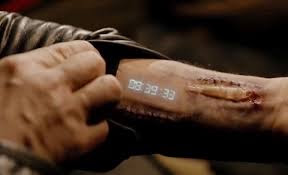 Also refreshing is Chinese actress Qing Xu as Lin, who, at 48, is actually age-appropriate to play Hawke’s (47) love interest. This absolutely shouldn’t have to be a thing, of course, but as Tom Cruise’s Mission: Impossible co-stars get younger while he pushes 60, it’s worth pointing out. Xu doesn’t have a ton to do after the initial seduction, and her presence isn’t enough to counteract the fridge that Conrad’s wife Kate (Jenna Upton) was shoved into for plot convenience, but we’re celebrating small victories, right? And this isn’t to say that 24 Hours to Live hits every nail right on the head: Conrad’s occasional Fury Road hallucinations involving his son fail to coalesce into anything thematically interesting (aside from influencing his decision to help Lin) and the mechanics of the 24-hour lifespan procedure are never a meaningful concern (a favorable comparison would be the heart-restarting side quests in the Crank series). But again, 24 Hours to Live avoids stepping in it because none of these bits hang too lose or create any serious plot holes. Maybe Smrz (along with screenwriters Zach Dean, Jim McClain, and Ron Mita) knew enough not to get buried in the minutiae. 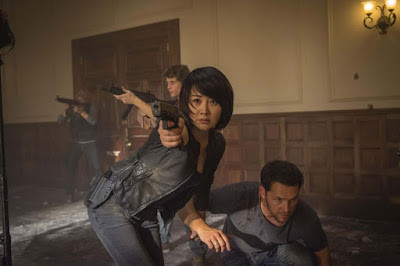 24 Hours to Live might be a B-movie, but it’s a quality B-movie. That should count. That should matter. There’s a wide and multifaceted landscape of action films out there, each one trying to pull something off that’ll make us gasp in awe or cheer in excitement. 24 Hours to Live is more than happy with just a round of classy applause. It doesn’t talk down to its audience or ask us to believe anything insane or insulting. Ethan Hawke pulls this particular sci-fi/action hero part off in his sleep (he was better and more interesting in Predestination, a fascinating movie that we’re still not talking enough about), but he comes to play and adds a well-deserved sense of legitimacy to the whole affair. The movie is earnest and professional, there’s a fun twist at the end, and Ser Davos is the bad guy! What do you want? To return to the initial premise, it’s a Redboxing Classic, the kind of gem you hope to scoop up while no one else is looking. It’s not Oscar Prestige or Bargain-Bin Trash; it’s that happy place in the middle. That Redboxing place.

*The worst film ever made.
Posted by Patrick Bromley at 5:00 AM