A recent review of the new Aloha, Bobby and Rose Blu-ray by our very own Patrick Bromley got me thinking about the career of its director, Floyd Mutrux, and the fact that his great Alan Freed biopic, American Hot Wax, is unavailable on DVD or Blu-ray disc. This was enough to push me down the rabbit hole, obsessing over a list of other things that I cannot have.

I will admit that I am spoiled. In the waning days of physical media, there has been such an embarrassment of riches from Criterion, Arrow Video, Warner Archive, Shout Factory, Scream Factory, Vinegar Syndrome, Olive Films, and the new Classic Flix that I have somehow fooled myself into thinking every film ever made is available to purchase in a beautiful restored transfer with plentiful bonus features. My narcissism knows no bounds and I feel I am entitled to all of these beautiful discs; as a film lover, it is my due.

However, when reality (and my oncoming dementia) set in, I am reminded of the following famous and/or obscure films that have never received a proper R1 release. Get out your handkerchiefs, babies, this can only lead to tears. 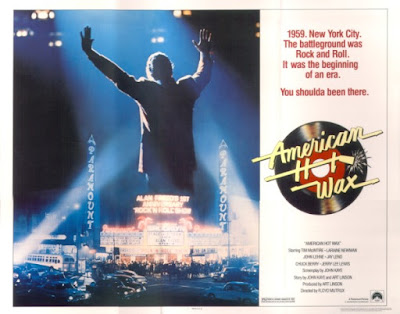 American Hot Wax – I still remember loving this film and seeing it several times in a theater when it was first released in 1976. The film tells the story of DJ Alan Freed, the man who literally coined the term “rock and roll.” Because it was made a scant twenty years after the events it portrays, several seminal rock and roll performers — Chuck Berry, Jerry Lee Lewis, Frankie Ford, and Screamin’ Jay Hawkins — all appear in the film as themselves. The film also marked the movie debut of Jay Leno, who plays Freed’s chauffeur. Tim McIntire gives an intense, sweaty performance as Freed. I remember playing the double album soundtrack a lot that summer; so much contemporary music in 1976 was so horrid, I retreated to the music of the past where I remain to this very day. I’m guessing that music rights issues (studios need to renegotiate the rights to use songs in every subsequent video iteration; this has held up the rerelease of countless films) is the culprit here for denying me my Shout Select special edition of American Hot Wax. It’s available on YouTube, for what that’s worth.*

Can Heironymus Merkin Ever Forget Mercy Humppe and Find True Happiness? – I wrote about this film at some length four years ago, and such is my power and leverage in the home video industry that we still have no disc release. Back then I wrote that the film concerns “Heironymus Merkin, (Anthony Newley) who summons his mother and children to the beach to show them an autobiographical film on the day after his 40th birthday. Death (Georgie Jessel) haunts Merkin…. Did I mention this was a musical? Or that Newley and (Joan) Collins were really married at the time of the film’s production? Or that Collins has stated this movie was one of the reasons for their divorce? Or that Newley appears mostly nude in the majority of the film? The film was, after all, rated X.”

I wonder if the film is tied up in Newley’s estate (he died in 1999), or whether music rights issues or this film’s X-rating is keeping it from a legitimate release. Roger Ebert kinda liked it. It’s available on YouTube, for what that’s worth.* 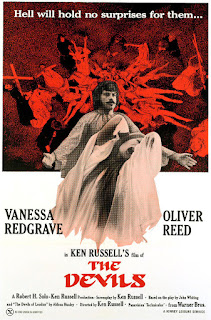 The Devils – Ken Russell’s film adaptation of The Devils of Loudin was very controversial upon its first release and severely cut. I remember seeing this on HBO at about three in the morning in college and thinking that I dreamt the whole thing. The Devils stayed with me for months. It is one of the most disturbing films I have ever seen, and I mean that as a compliment—The Devils aims to be disturbing. Its subject matter and historical background are very disturbing indeed. The film features what I feel is Oliver Reed’s best performance. Warner Brothers seems embarrassed by this film. After a director’s cut was prepared and screened in England fifteen years ago, everyone assumed that a video release was inevitable, yet Warner Brothers will not even allow Criterion to sublicense the film. Critic Mark Kermode led the charge to have the uncut film rereleased. He wrote and produced a terrific documentary on the film, Hell On Earth: the Desecration and Resurrection of The Devils, which you can find here. C’mon, Warner Brothers—there is money to be made here! 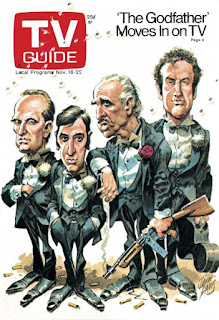 The Godfather Saga – In 1977, hoping to raise some needed funds for Apocalypse Now, Francis Ford Coppola agreed to re-assemble his two Godfather movies into chronological order and add deleted scenes that had never officially been part of either film. It premiered over four separate nights on NBC in November of 1977. This edit of the two films was made available on VHS and laserdisc and was shown on HBO as recently as last year. Why no DVD or Blu-ray release? Does the famous director want “The Coppola Restoration” to be the final word on his masterpieces? 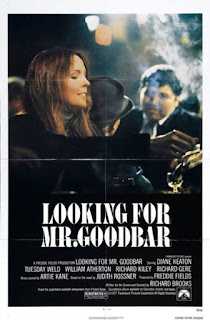 Looking for Mr. Goodbar –Diane Keaton stars here as Theresa, special education teacher by day and sleazy bar cruiser by night. The film was controversial upon its release as some critics felt that the film proffered the simplistic message that Keaton’s character is ultimately punished for enjoying casual sex. Even at fifteen, I was knocked out by the film and felt that it had a lot more to say than just THAT. Goodbar is also notable because it contains great early performances by Richard Gere, William Atherton, LeVar Burton, and Tom Berenger. Because the film takes place in the disco-era (era) 1970s, it features wall-to-wall contemporary music. I suspect (again) that music rights issues might be the culprit for this film’s lack of DVD or Blu-ray release.

The Oscar – This 1966 monstrosity must qualify as one of the worst films ever made, so of course I WANT IT. I’m cute that way! Co-scripted by Harlan Ellison and featuring a freakish lead performance by Stephen Boyd, the film tells the story of Hollywood star Frankie Fane’s rise to fame. Milton Berle plays his agent. Tony Bennett, in his film debut, plays his best friend. The Oscar must be screened to be believed—Boyd gives one of the most singularly unpleasant lead performances in cinema history. He’s repellent. The story is cliché’d to the point of parody. The performances are ridiculously overwrought. TCM used to show it twice a year, and I would watch it the way one would watch an amusement park in flames. They never show it anymore, and The Oscar has never had a legitimate DVD or Blu-ray release. What gives? It’s available on YouTube, for what that’s worth.*

I long to be thrilled and chilled by the above films just as soon as their respective studios deign to spill them! What hard-to-see treasure do you secretly wish for? Share them with the whole class in the comments section below.

* C’mon, watching a movie on YouTube is no way to watch a movie. It looks shitty. It often stutters. The sound generally stinks. Often, the movie is broken into tiny, random chapters (in the case of The Oscar, every subsequent chapter plays at progressively lower volume, as if challenging your commitment to finish the film.) Oh! It is also illegal piracy, and if that’s how you choose to live your life, I’m not secretly judging you. I am openly judging you.

THRILLS: 0%
(I am not thrilled at all that these movies are not available. The heart wants what it wants.)

CHILLS: 100%
(I find it chilling that giant corporations can keep ART out of the hands of millions [Hundreds? Tens?] because they don’t see a dollar in it.)

SPILLS: 0%
(We can’t enjoy special effects, art direction, stunts, or crazy crash-‘em-ups that we are not legally allowed to see.)
Posted by Patrick Bromley at 5:00 AM