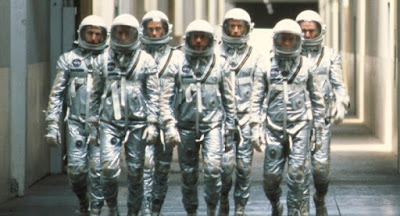 Celebrate America by watching a lot of movies in a row!

In honor of July 4th this week, I thought it a good time to create another one my hypothetical movie marathons consisting entirely of movies about America. I'm not necessarily talking about American history, though that's certainly represented here. What I'm talking about are movies that I feel speak to some aspect of America or what it means to live here. These are neither the "most American" movies, nor is the marathon at all comprehensive in what it covers. These are movies that fit the theme and that I would want to watch all in a row. For some of you, this all goes without saying. Others have to be reminded.

Here's something I noticed: many of the movies that really speak about America are big, sweeping epics that run three hours. I'm not including many of those (though there are a few), because I don't want to be too obvious in all of my picks (though there are a few) and because I can squeeze in more movies by leaving them out. When you're wondering why The Godfather and They Will Be Blood aren't on in the lineup, that's why. 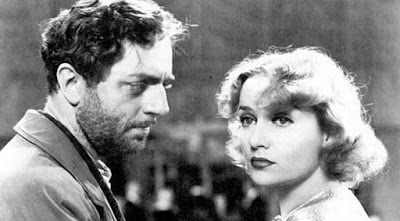 Let's kick things off with a classic: a screwball comedy starring my man William Powell as a man living as a vagrant who is hired by Carole Lombard (at her hilarious best) to serve as the family butler. I love that Hollywood was making movies about the Great Depression almost as America was still living through it, telling a story about how the haves feel towards the have-nots (and vice versa) that still carries its full impact. Godfrey and Irene are one of my favorite love stories of Hollywood's Golden Age. 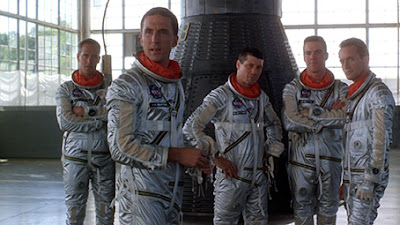 I'm allowing myself two big, American epics over the course of these 24 hours. Philip Kaufman's massive historical drama chronicles the early days of the space program, widening its scope to talk about the very fabric of Americana that was woven into both this mission and this period in history. This is a great movie, but also one that's a little exhausting. It's a daytime movie, not a nighttime one (Stephanie knows what I'm talking about), so we need to program it on the early side. 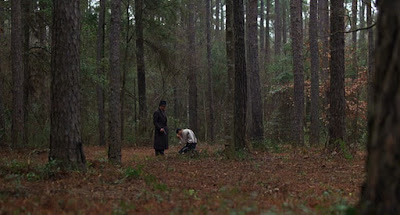 There are a lot of gangster movies to choose from that would work for this marathon because, like westerns, they're a reminder of how this country was created over time. The Coen Brothers' take on the gangster film is gorgeous and stately and characteristically eccentric, reflecting on a period in which empires were built with blood. Aren't they always? 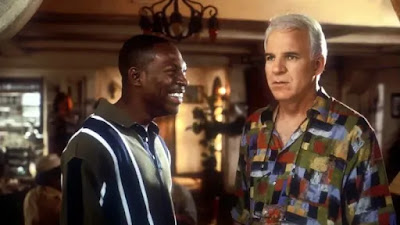 We need to get another comedy into the lineup to break up the last few hours from the next few hours. Bowfinger is perfect not just because it's a movie about moviemaking and Hollywood, but also a kind of hustle and attitude that's very much in keeping with the American dream. Eddie Murphy (who somehow winds up in two of the movies in this lineup) is very funny in a dual role, but Steve Martin will always make the movie for me. I can probably say that about a lot of movies. 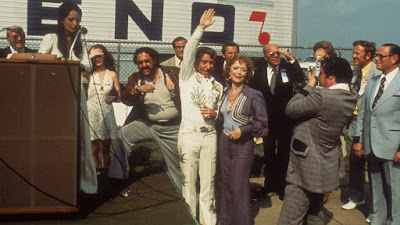 The second of only two American epics I'm allowing myself to program. Calling this Robert Altman's best movie is impossible, because he has too many best movies. It's certainly in the running, though. Everything about Nashville, from the cast to the music to the scope, is great. I love how Altman uses this one city at this one specific point in time to say so much about America means. Even though this is three hours (our second three-hour movie in 12 hours), it doesn't feel like it at all. 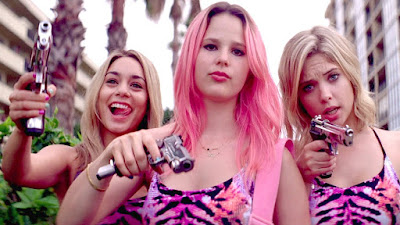 I don't know. This makes sense to me. It's a real "only in America" movie, from the way it approaches sexuality to the obsession with guns to it's depiction of life as an endless party for a certain segment of the American population. I really liked this movie when I saw it back in 2012, but I'll admit it's not a movie I ever think about revisiting. Slotting it into this marathon will give me a chance. Maybe I was wrong about it and was just under its gorgeously tacky spell. 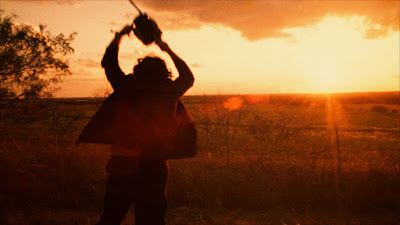 I doubt anyone expected me to leave Tobe Hooper out of this lineup. The film for which he is best remembered (RIP, Tobe, I miss you) feels uniquely American, and not just because it's talking about capitalism and disenfranchisement. Everything about it, from the Austin locations to the spareness of the narrative to the way it's cut and scored, feels Made in the USA. Tobe's movies were rarely political, and certainly never more so than this. That it's also gorgeous and terrifying is just further proof of his genius. 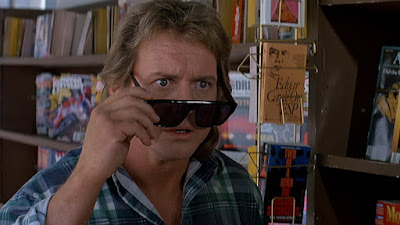 An obvious, blunt pick of a movie that's obvious and blunt in the best way. My Favorite Wrestler (RIP) gets his breakout role as John Nada, a drifter who's American dream is shattered when he discovers the country is overrun by bourgeois aliens in disguise. This is John Carpenter at his most cynical (that is, until the closing moments of Escape from L.A.), sneaking all kinds of ideas into a kick-ass sci-fi action movie. Like a lot of the movies in this lineup, what They Live has to say about America is as relevant today as it was when the movie was released. There's a lesson to be learned here. 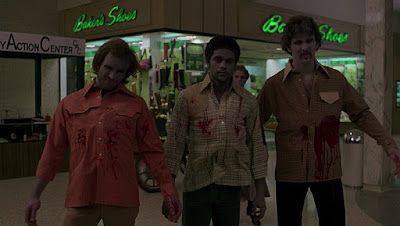 I know, I know. Once again, I get no points for originality. But since this is one of my very favorite movies of all time, I want to include it in the overnight spot as a reward for staying awake. Nearly everything Romero ever wanted to say about America, he says here, from the consumerism stuff to the way the characters still walk through the velvet ropes in an abandoned bank. Pretty much any of Romero's "Dead" movies would work in this marathon, but I'm going with the one I think is his best. Bonus: because of Dario Argento's involvement with the movie, it kind of counts as my usual middle-of-the-night Italian horror entry. 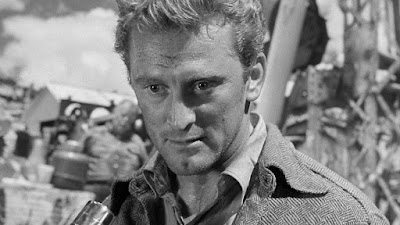 Despite being born in Hungary and emigrating to the US at age 27, Billy Wilder understood America in a way the few filmmakers have. Maybe it's precisely his "outside" perspective that made his films so sharp and cynical, whether it's Double Indemnity or The Apartment or this film, his scathing journalism satire starring Kirk Douglas as a reporter willing to create news in order to cover it. This is as dark as any of Wilder's films, but also one of his best. When a director has as many great films as he does, that's really saying something. 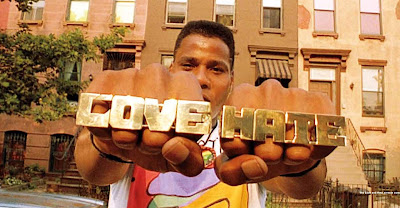 I can't think of many movies that examine modern-day America better than Do the Right Thing, Spike Lee's masterpiece about racial tensions spilling over on a brutally hot summer day in New York. There's stuff raised in this movie that's just as relevant nearly 30 years later, and it would be horribly depressing if the filmmaking wasn't so alive and invigorating. 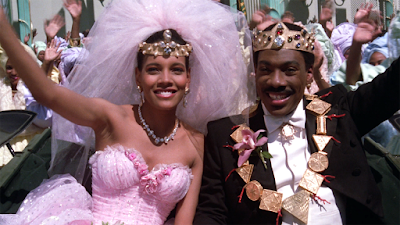 I know it's a super obvious choice, but I wanted to end on a comedy versus the anger and tragedy that ends Do the Right Thing. This is the only movie in the lineup that actually addresses the immigrant experience, even if it's through the eyes of Eddie Murphy's incredibly wealthy prince character. It's a movie about class, about immigration (most of Landis' movies are fish-out-water stories), and about the experience of being black in America without being a movie about being black in America. There's been a whole lot of darkness over the last 24 hours. Let's close things out with a happy ending.