I don't often go with a theme for this column, but this week's picks are all pretty wild. 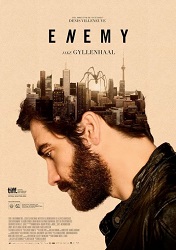 Enemy (2013, dir. Denis Villeneuve) Director Denis Villeneuve has become a major player in just the last few years, nominated for Oscars and tasked with massive, high-stakes projects like the reboots of both Blade Runner and now Dune. I've liked all of his movies to one degree or another, but this remains my favorite. The movie, about Jake Gyllenhaal encountering what he believes to be his double, is one of the great mindfuck movies of the 2000s and features a final shot so crazy and audacious that it's sure to anger 75% of the people who watch it. There are a number of interpretations of what the movie is about online (I wrote about it once), but Chris Stuckmann's take on his YouTube channel is the one I like best. Watch it after you watch the movie, because you should really watch the movie. (Watch on Netflix) 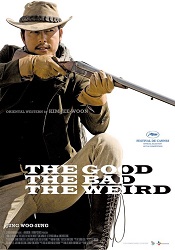 The Good, The Bad, The Weird (2008, dir. Kim Jee-woon) There aren't any mental gymnastics required to enjoy the great Kim Jee-woon's epic western, which is incredibly fun and crazy. Kim stages some of the most thrilling and insane set pieces I've seen in a long time, which makes it something of a bummer that this movie isn't talked about more in conversations about films such as Mad Max: Fury Road. I'm not saying The Good, The Bad, The Weird is on the same level as Fury Road, but I'm saying it's definitely in that universe. (Watch on Hulu) 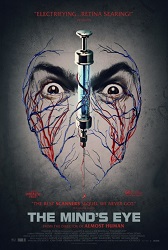 The Mind's Eye (2016, dir. Joe Begos) Writer/director Joe Begos' follow-up to his first movie Almost Human is a super '80s-inspired Scanners riff starring indie horror regulars Graham Skipper and Lauren Ashley Carter as a pair of telekinetics on the run from a mad scientists. The score is cool, the photography colorful, the effects gory and impressive. Add in some supporting turns from Jeremy Gardner and Larry Fessenden and you've got a really fun little low-budget effort that's highly rewatchable. (Watch on Shudder) 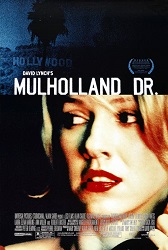 Muholland Dr. (2001, dir. David Lynch) Remember when I said that Enemy was one of the best mindfuck movies of the 2000s? Well this is the best. Actually, let's not even limit it to "mindfuck movie," because I don't think that accurately describes what Mulholland Dr. is doing. Let's just say it's the best movie of the 2000s, full stop. Just about anything you could want out of a movie is here, and the only reason I'm hesitant to call it David Lynch's masterpiece is because I think he's got a lot of those. (Watch on Amazon Prime Video) 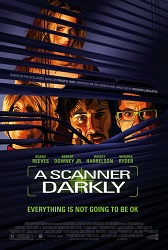 A Scanner Darkly (2006, dir. Richard Linklater) We talked about Richard Linklater in mainstream mode this week on our School of Rock podcast. This is not that. This is Linklater at his second-most inscrutable (Waking Life being the most), but it's also one of my favorite Phillip K. Dick adaptations and one of my favorite movies of the year it was released. A rotoscoped Keanu Reeves is great as a government agent who infiltrates a group of drug addicts and starts to lose himself, but of course there's more going on than that. The animation style isn't just experimental and it isn't just right for the story, but actually enhances it. I love this movie. (Watch free with ads on Vudu)
Posted by Patrick Bromley at 5:00 AM