One of my favorite weekends of the year is coming up. Time to reminisce.

You F This Movie! old-timers might remember that I wrote a series called the Hall of Kick Ass years ago recounting my experiences meeting celebrities, usually at conventions. I stopped because I ran out of stories. Now I have a new batch to share. I’m always fascinated by stories of fans interactions with celebs at conventions so if you have any of your own, please share them in the comments! And now the list… 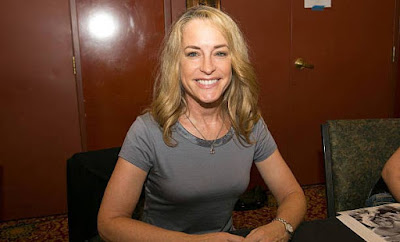 Amanda Wyss (A Nightmare on Elm Street, Better Off Dead) – One of the perks of being friends with the fantastic Heather Wixson is she’s a host at Flashback Weekend. So when you walk the con floor with her, she’ll stop and chat with some of the celebrities with whom she’s later doing a panel. Amanda Wyss was one of those people. While I was over there, I asked her what it was like to work with Kevin Costner, her co-star in Silverado. She said he was a great guy (it’s confirmed) and a total jock and, more interestingly, that the cast of Silverado still stays in touch with a group email. The world seems like a better place knowing this exists. She said the cast was very close and that Brian Dennehy pulled her and another younger actor aside once on set and told them that it’s rare for a shoot to be this much fun and to enjoy it. Now I want to meet Brian Dennehy! If you see Amanda Wyss at a convention, stop by and meet her. She’s about the nicest person you’ll ever meet at one of these. 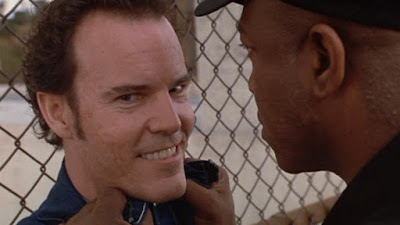 Andrew Divoff (Wishmaster) – Andy is the best. I call him Andy because he once called me brother during a Wishmaster panel. I normally don’t ask a question during a panel, but I couldn’t resist being one of those “I have a comment more than a question…” guys at the Wishmaster panel. I just wanted to say thank you for Wishmaster. Since that convention, I have bought a Wishmaster ring from Andrew Divoff’s Facebook store (which he shipped to me with an autographed 8x10 as a gift) and scoured the internet for Andrew Divoff’s Wishmaster beer that he brews at beer fests in California. It’s called Djinn’s Hellabrew. Patrick and I are mildly obsessed with it. I want to buy a case and drink it on a rooftop like the guys in The Shawshank Redemption. Nothing makes you feel more like a man than kicking back with a couple of Djinn suds. 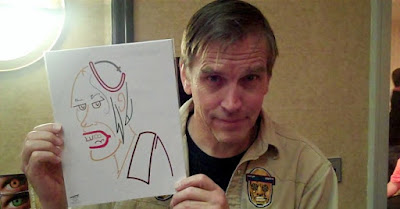 Bill Moseley (Texas Chainsaw Massacre 2, House of 1,000 Corpses) – Bill Moseley was one of the first celebrities I ever met at a convention back in 2005. It was during the summer and I was wearing a Chicago White Sox shirt or hat when I met him. Being from around the area and with the Sox being amazing in ’05 (they won the World Series later that year), Moseley goes “Go Sox!” in Otis/Chop-Top voice. We got to talking about the team (I remember him saying at one point “Scotty Pods, man”) and it was awesome. But it was also scary. He was so nice and that almost creeped me out more than if he said “There is no fuckin’ White Sox in your fuckin’ future.” 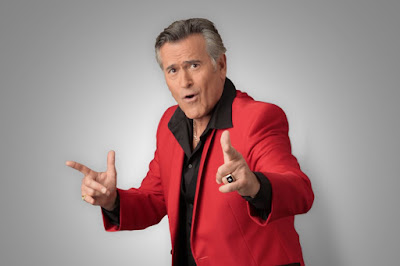 Bruce Campbell (the Evil Dead series, Bubba Ho-Tep) – I was so excited to meet Bruce Campbell and shook after I met him. Campbell’s public appearance persona is to act like Ash, i.e. a wiseass. I learned it’s fun in a crowd but not as much fun 1:1 when you get his autograph. It felt weird like when the waitress is mean to you at Ed Debevic’s or you’re being called out by a stand-up comedian. I remember I asked him to make my autograph out to “Yo, Riskdog” (I was young and stupid) and he said to me “Probably doesn’t work too well with the ladies, right?” and I felt really dumb and sad. On top of that, I was having my picture taken with him and my friend was having issues with my camera and he teased us about that. I’ve heard Campbell’s dialed that back over the years because he learned people feel awkward when he does that to them. I’m not sure, because I never went back to meet him again. It wasn’t a terrible experience, but it made me feel weird about the guy when I didn’t before. That’s the risk you run by meeting a celebrity you like. If the meet is disappointing, you’ll never get it out of your head. 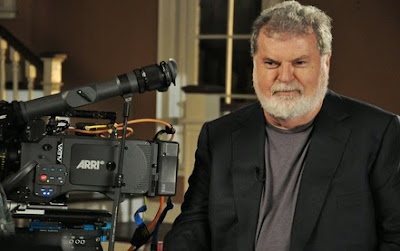 Dean Cundey (Jurassic Park, Back to the Future) – Dean Cundey is the cinematographer of many movies I love like The Thing, Halloween III: Season of the Witch, Road House, Casper, Apollo 13, Slamma Jamma and more. I didn’t meet him exactly at Flashback Weekend, but I sat right next to him when I was eating breakfast at the restaurant in the hotel. The entire time I was eating my eggs I kept thinking “I’m such an asshole. This guy has shot some of the best-looking movies ever and I’ve done nothing near as cool in my career. Why is he eating breakfast? He’s a legend. There should be something better than food for a man like him.” 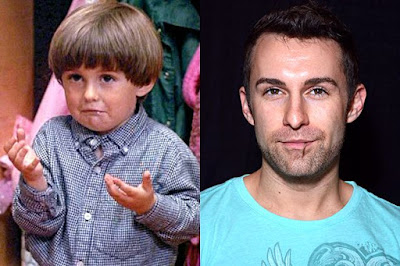 Miko Hughes (Pet Sematary, Wes Craven’s New Nightmare) – I grew up on movies where Miko Hughes played the kid in the film. Meeting him felt like when you bump into someone you went to school with from kindergarten through high school. When I met him, I had in the back of my head that I needed to know he was okay. That was the goal of getting his autograph for me. Pet Sematary, Jack the Bear, Wes Craven’s New Nightmare, Apollo 13, Mercury Rising…this young man has been put through the wringer. He was very nice when I met him. I think he said he’s a musician or a DJ nowadays and in my head, I was like “No, you’re not. You’re just a little boy.” Pat Healy (Compliance, The Innkeepers) – Pat Healy is another actor that grew up around the Chicago suburbs so we got to talking about that when I met him. Like Amanda Wyss, I also asked him a Kevin Costner question because he worked with him on Draft Day. The two had a scene where they were speaking to each other over the phone. I asked if he really spoke over the phone with Costner. He said no and continued that sometimes two actors will really have a live conversation for a phone scene but in this case, it was a recorded message that Healy was acting opposite. Healy was selling a cool Cheap Thrills shirt at his booth. I bought it and felt guilty not also paying for an autograph but I was just in it for that shirt and Costner story. 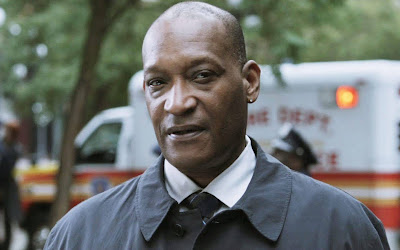 Tony Todd (Candyman, The Crow) – Tony Todd had a cool table at the convention because he was burning incense and I’m all about that shit. I brought him a Hatchet poster to sign (I had a bunch of signatures on it already…it’s the perfect con poster for collecting horror celeb autographs) and while I was talking to him I mentioned that I had a Candyman poster that Clive Barker signed. Once I said that, he spun my Hatchet poster around disappointingly to give it back and said: “You should have brought THAT ONE!”

Now your turn! Leave a comment below on the celebrities you’ve met at conventions.
Posted by Patrick Bromley at 12:00 PM