Tickle is All That Remains: Nostalgia, Regret, and GARDEN STATE 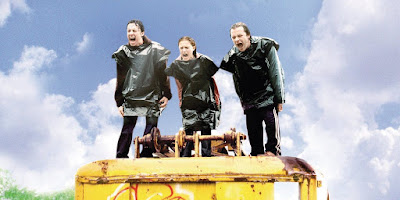 There was a recent piece of movie-related news that got me thinking about how we’re constantly growing and changing, how — for many of us — the person we were even just a few years ago would seem like a stranger to us now. It checks out in the broadest sense; we’ve all said and done things we regret, things that we’ll randomly flash back to while we’re taking a shower or driving to work and shudder with embarrassment. We’d never do or say those things now, we tell ourselves. We’re a different person. But then there’s that old adage about how turning twenty doesn’t make the nineteen year-old version of us disappear. Like the seventeen and eighteen year-old person before them, that person merely gets folded into the next iteration of our identity as it expands and contracts for as many years as we’re fortunate enough to get. Thirty-one, forty-one, on and on. So in reality, we’re both the same person we always were and someone completely new.

That got me thinking about how many of those embarrassing anecdotes and traumatic situations end up being foundational to the molding of that aforementioned fluid, ever-changing personality. They’re thrilling and heartbreaking in the moment we’re experiencing them, but later, once the emotional element subsides, the lesson emerges and settles comfortably into its little pocket of our brain for future reference and reflection. Much of that space is taken up by the likes of awkward first dates and bridge-burning family fights, but there’s a good chance that — especially if you’re visiting this web site — a lot of what you look back on with a knowing, world-weary smile involves the art you used to love and the reasons you’ve grown beyond it. Maybe an old pop song comes on the radio and you pretend not to know every word. Maybe you see a picture of yourself wearing something out of style and immediately announce to everyone within earshot how out of style you were. There’s often this urge to disavow what we used to love because we’re ashamed of who we used to be. 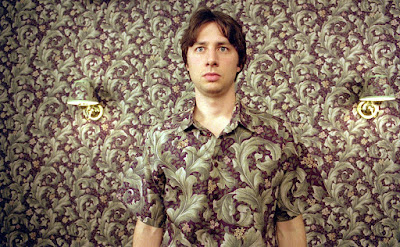 Which brings us to Garden State, the directorial debut of Scrubs star Zach Braff. Braff (who also wrote the screenplay) plays Andrew Largeman, a twenty-something New Jersey native trying to make it big in Hollywood. Though the city around him hums with excitement, Andrew — who has been heavily medicated his entire life — remains detached and emotionless. When he returns home to attend his mother’s funeral, he awkwardly reconnects with high school friends Mark (Peter Sarsgaard) and Jesse (Armando Riesco) while his estranged father (Ian Holm) struggles to reach out. Things seem hopeless until Andrew meets Sam (Natalie Portman), a free-spirited girl eager to forfeit her own character arc in the service of his emotional growth. Garden State was a Sundance darling and a box office success, but it might be best remembered for its Grammy-winning soundtrack, which popularized a number of indie acts and helped shape the twee aesthetic of later film soundtracks. If someone my age tells you they love The Shins and Iron & Wine, it’s very likely — whether they’re willing to admit it or not — that they first heard them in Garden State.

I’m willing to admit it. I was seventeen when Garden State was released in July of 2004, and it was incredibly important to me. Like Andrew, I was feeling listless, disconnected, and misunderstood. I wanted shape and meaning for my life. I wanted emotional epiphanies and romantic revelations. I wanted to understand the Why of it all and find a reason to keep going. I was standing alone on the precipice of an infinite abyss. What I didn’t understand, of course, what none of us can understand when we’re in that moment, is that seventeen is supposed to feel like that. That’s what seventeen is. Hell, that’s what twenty-five and thirty-five are for a lot of us. Garden State was tailor-made for that feeling, and watching it now triggered an odd nostalgia (a word often translated as “homesickness”) that I didn’t expect. It wasn’t about missing that time in my life or even wanting to travel back and tell my younger self not to fret. I wasn’t rolling my eyes at the film’s pretension or thinking about what a tremendous douche Zach Braff turned out to be. I was crawling into one of those corners of my brain and reintroducing myself to the person I used to be. 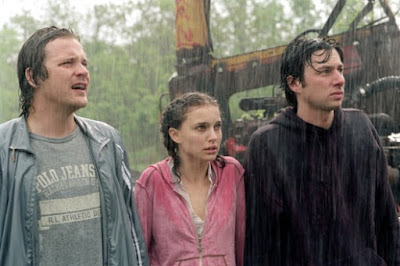 This is important because the person I am now thinks Garden State is a flawed and immature film, at times hilariously overwrought and pathetically naive. Of course I do. It’s vain and overly affected, always doing the most obvious thing in the most obvious way. Andrew’s WWII-era (era) motorcycle is obnoxious. The “bathroom wall” shot that blends his shirt into his surroundings made my nose bleed. Sam’s tap dance to the rising crescendo of Remy Zero’s “Fair” made me laugh out loud. Of course it did. Garden State isn’t for the person I am now. It’s a high school poetry journal, and I’ve lost the linguistic ability to read it the way it needs to be read. It reminded me of when my stepmother — then in her early forties— told me she’d finally caught up with The Catcher in the Rye and hated it. Of course she did. It’s not for her. It’s not for anyone after their twentieth birthday. We can always appreciate its literary merit, of course, but will we ever truly speak its angsty, rebellious language again? I felt the same way watching Garden State recently: I recognize exactly what it is and why it mattered to me so long ago. I simply do not speak its language anymore. 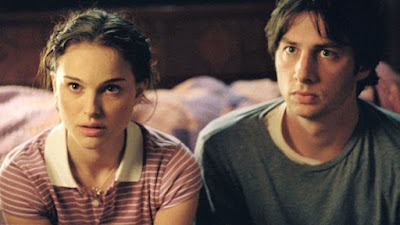 None of this is to say that an adult can’t enjoy Garden State. After all, I didn’t see The Graduate or Harold and Maude until well after I should have, and I’ve loved them all the same. I think The Edge of Seventeen and The Perks of Being a Wallflower — coming-of-age films released after my “time” — are outstanding. Nor am I looking to jump all over the film or anyone who enjoys it. I love Garden State, and I always will. I’m merely reflecting on the experience of revisiting something that feels intimate and personal to someone who no longer exists. Like the pop song or the embarrassing clothing, my first instinct is to disavow it, to make excuses for my inexperience and assure other cineastes that I now know better. Instead, a more productive instinct might be to appreciate the way it pushed seventeen into eighteen and nineteen into twenty. Other films picked up from there, films that made Garden State seem, well, worse in retrospect. But a piece of it will always be stored in that small pocket of my brain that other pockets built around, and though I might no longer feel like the person who first saw it in 2004, maybe he’s not as far away as I think.

So, what’s your Garden State?