Tobe on TV: The Television Horrors of Tobe Hooper 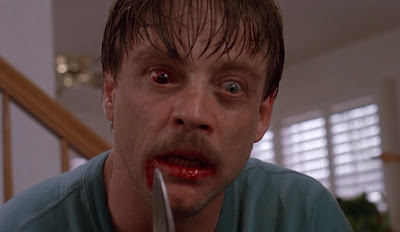 My favorite director made a lot of movies I love, but his greatness extends to the small screen, too.

In anticipation of our live tribute on 8/26, this week is a good time to look back at the long and prolific television career of director Tobe Hooper, a legendary but oft-maligned filmmaker who just happens to be one of my all-time favorites. None of the original “Masters of Horror” worked in television as much as Tobe Hooper did during the ‘80s and ‘90s. Though some, like Joe Dante and Mick Garris, direct a lot of episodic TV these days, Hooper has been bouncing back and forth between features and television for the last 35 years. While much of his television output consists of for-hire gigs like episodes of The Equalizer or the X-Files rip-off Dark Skies or the failed pilot for Haunted Lives: True Ghost Stories, Tobe Hooper was able to work his voice and regular thematic concerns into a number of the horror TV projects he directed. Let’s talk about those.

Outside of ‘Salem's Lot, Tobe Hooper’s most significant contribution to horror television may have been directing the pilot to Freddy's Nightmares, the weekly anthology series built around Robert Englund’s Freddy Krueger from the Nightmare on Elm Street franchise. While it may not seem as big a deal in 2016, getting Hooper to direct the pilot was a real get in 1988 – the endorsement of a Master of Horror for the low-budget slasher series gave it some legitimacy and marked the only time that the creator of one iconic franchise character (Leatherface) crossed over to direct another. With the pilot episode “No More Mr. Nice Guy,” Hooper portrayed Freddy’s backstory as a child rapist and murderer in a way that the movie franchise would leave unexplored until the “final” (read: not final) installment, Freddy's Dead, in 1991. As episodic television goes, “No More Mr. Nice Guy” is insanely dark and twisted – an accusation the series would run up against time and again, with Hooper setting the tone right out of the gate – as many references made to Krueger’s unspeakable acts against children are made and a real atmosphere of violence is felt even when it’s not being graphically depicted on screen.

The episode also incorporates the most common theme that runs through Tobe Hooper’s work: what Stephen King calls “The Bad Place,” one of five horror archetypes identifies in Danse Macabre, his 1981 treatise on the genre. From the houses in both The Texas Chain Saw Massacre and Poltergeist to the titular funhouse in The Funhouse to the Sawyer’s underground layer in TCM2 to the apartment building in his remake of Toolbox Murders, Hooper keeps returning to the idea of a location as the center of evil. In his Freddy's Nightmares pilot, it’s the famous boiler room that serves as both Krueger’s lair and the spot where he’s burned alive by angry parents. In Hooper’s hands, the place is as nightmarish as the monster living there. 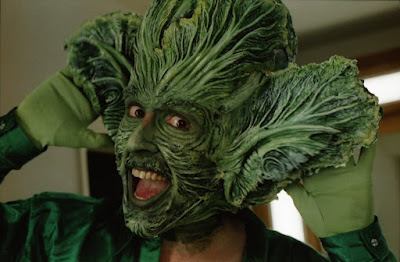 Like many of the big directors of the 1980s – particularly those who worked in the horror, sci-fi and fantasy genres – Tobe Hooper directed his own episode of the Steven Spielberg-produced anthology series Amazing Stories in 1987, marking the first (but not the last) time the pair partnered creatively on a project since collaborating on Poltergeist. Hooper’s second season episode, “Miss Stardust,” stars Dick Shawn as a PR guy putting on a beauty pageant that is interrupted by an alien visitor called “Cabbage Man” (played by a too-big Weird Al Yankovic under veiny, green prosthetics) who insists that contestants from other planets be allowed to compete. Made shortly after Hooper’s three-picture run at Cannon, “Miss Stardust” is very much in keeping with the broad, silly and overtly comic style of Texas Chainsaw 2 and his Invaders from Mars remake produced as part of his Cannon trilogy. In yet another example of bad luck seeming to follow Tobe Hooper around, it was also the final episode of Amazing Stories ever to air. Though no fault of his, the cancellation still makes it seem to the casual observer that Tobe Hooper killed the show, yet another black mark on a career that has unfairly racked up a number of them.

1990 found Hooper directing the made-for-cable thriller I’m Dangerous Tonight, which debuted and ran in semi-regular rotation on the USA Network. Based on the short story by Cornell Woolrich, the film finds a cursed Aztec cloak rediscovered on a modern-day college campus and turning those who wear it (particularly after it’s made into a stunning red dress) into possessed murderers. There’s little of Hooper’s signature stamp on the film, which is a pretty by-the-numbers affair notable for the presence of several genre stars including Mädchen Amick, Dee Wallace Stone, R. Lee Ermey (who, as fate would have it, would later play a major role in the remake of Hooper’s Texas Chain Saw Massacre and its follow-up) and even Anthony Perkins in a bit part as a college professor who offers all the necessary exposition. If nothing else, it could be argued that this “killer dress” movie acted as a warm-up to the Hooper’s “killer laundry press” movie The Mangler. 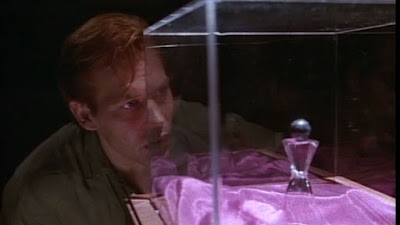 “Dead Wait,” Hooper’s Season Three episode of the HBO horror anthology Tales from the Crypt, is the closest to film noir he ever got to make: it’s 27 minutes of shadows and sex, two-bit criminals and double crosses set against the backdrop of the Caribbean jungle. In typical hit-or-miss Tales fashion, the material isn’t the strongest that Hooper has worked with (it’s not the weakest either) but he compensates by thickening the hot jungle atmosphere – shades of the swamp in Eaten Alive – and doubling down on the Grand Guignol gore, particularly a sequence in which James Remar’s red-haired thief has to dig through a dead man’s entrails and cut open a piece of his intestine. It’s crazy gross and over the top in a way that Hooper, with his unique brand of bonkers, tends to embrace. Tobe Hooper gotta Tobe Hooper.

Throughout the 1990s, Hooper directed only three feature films but worked on roughly one TV project per year throughout the decade. The title that’s probably most recognizable to horror fans is “The Eye,” his contribution to the made-for-Showtime anthology Body Bags. Originally intended as the pilot for a Tales from the Crypt-style anthology series, Body Bags is two-thirds directed and hosted by John Carpenter, whose segments lean towards horror comedy. Hooper’s piece, in which a minor league ballplayer (Mark Hamill) has his injured eye replaced with one from a serial killer, is much darker and harder. After years of projects infused with a broad, outsized silliness that seemed designed to entertain himself above all else, Hooper returned to the same nastiness and intensity that helped launch his career in 1974. He hadn’t lost his fastball.

In the 2000s, Hooper was rightfully named one of the Masters of Horror picked to helm two episodes of the Showtime anthology series of the same name. His Season One contribution, 2005’s Dance of the Dead, is characteristically bleak – it opens with the apocalypse and only gets worse from there. Like a lot of his work, it deals with the dismantling of a particular kind of family and the construction of another. In this instance, it’s teenage waitress Jessica Lowndes, whose family goes to pieces and who and makes a surrogate family with a group of punks. It also utilizes Hooper’s favorite trope of “The Bad Place” in the form of a very special club where frequent Tobe Hooper collaborator Robert Englund is the emcee and the undead are electrified to perform a sort of “dance.” 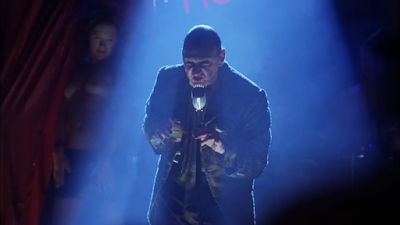 Inspired by an Ambrose Bierce short story, Hooper’s second episode of Masters of Hour, 2006’s The Damned Thing, again examines a deteriorating nuclear unit and apocalyptic nightmares in the form of an invisible curse that haunts first a family and then an entire town. As became his M.O. with cable horror anthologies, Hooper pushes the extremity of the violence almost to its breaking point; the intestines flow so freely that it borders on comedic. It’s that kind of creative freedom – the freedom to go “full Hooper,” and the same freedom afforded to all of the directors working on Masters of Horror – that gave Tobe license to make exactly the films he wanted to make in exactly the way he wanted to make them. The result is a pair of TV episodes (really hour-long features) that are most distinctly his voice than anything since his ‘80s heyday.

Salem's Lot will always be Tobe Hooper’s best-known television project, and with good reason: made while his star was still on the rise, he directed one of the single scariest TV movies ever made. But his other television output – particularly in the horror genre – is just as revealing about his artistry and filmmaking voice even if it doesn’t get the credit. Whether it was because he had something to say or just needed the work, Hooper’s small-screen horrors remind us that he is one of the genre’s most distinct madmen.