If You Want to Sing Out: CHARLIE BARTLETT 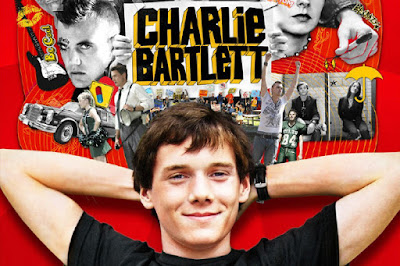 “Bringing psychiatric drugs and teenagers together is like opening a lemonade stand in the desert.”

A few weeks back, Adam and I wrote a column highlighting a number of films we saw in theaters back in 2007. We decided upon that year more or less randomly, but I’ve since reflected on just how seminal it ended up being for me as a fan. It wasn’t a random choice, I realized; It was by virtue of the fact that my 2007 stack of tickets was the largest and most varied of the bunch. I was twenty-one that year, deep into my obnoxious film school bullshit and exploring more of what the medium had to offer than ever before. That was the year I really discovered Wong Kar-wai and Billy Wilder, Carol Reed and Jean-Luc Godard. But it was also a great year in popular contemporary film that saw the release of personal all-timers like Hot Fuzz, The Lookout, Superbad, Zodiac, and Before the Devil Knows You’re Dead. In many ways, 2007 is my 1939, 1984, or 1999. It was a year in which I was fully committing to and investing in my love for film (After pulling some account information, I can also report that it was the year I first subscribed to Netflix). One important cog in that now-all-consuming wheel was an unassuming teen comedy called Charlie Bartlett. 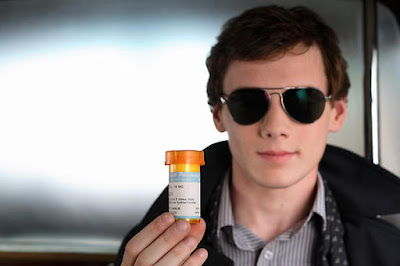 The late, great Anton Yelchin stars as Charlie Bartlett, seventeen year-old prep school rabble-rouser. Despite his wealth and privilege — he lives in an elegant and oversized mansion with his mother, Marilyn (Hope Davis) — Charlie hunts tirelessly for the respect and affection of his peers with felonious, ostentatious scheme after felonious, ostentatious scheme. After a fake I.D. operation goes awry, Charlie washes out to the local public high school where, though his posh squareness earns him an early ass-kicking from bruiser Murphy (Tyler Hilton), he finally finds fame by offering other students a sympathetic ear and a steady stream of prescription drugs to cure what ails them. Charlie’s troubled family has a therapist on call — His father is “no longer with us” for reasons that will become clear later — and he needs only to claim his classmates’ symptoms as his own to score all the Xanax, Adderall, and Lorazepam he’ll ever need. His shenanigans soon attract the attention of the beleaguered Principal Gardner (Robert Downey, Jr.), as well as Gardner’s beautiful and rebellious daughter, Susan (Kat Dennings).

Though we’ll always curse the cruel and sadistic gods who stole Anton Yelchin away from us so early in his career, Charlie Bartlett at least offers us a glimpse of the intelligence, wit, and charisma that made him one of the standout actors of his generation. Yelchin’s generous charm echos that of Michael J. Fox and Matthew Broderick in the best ways; he’s genuine and kind when he can be, penitent and frank when he has to be. Though Gustin Nash’s screenplay has a tendency to underserve its characters (more on that in a bit), Yelchin is always able to make us believe in Charlie’s humanity enough to carry us through the lean times. His eclectic style, empathic cadence, and nigh-Buellerian level of peer devotion grant him equal chemistry with drama nerds (Ishan Davé), cheerleaders (Megan Park), and loners (Mark Rendall) alike. It’s the kind of performance that — when considered alongside darker turns like Green Room or Terminator: Salvation and supporting roles like Star Trek or Thoroughbreds — proves that Yelchin could give a film exactly what it needed in exactly the right way. 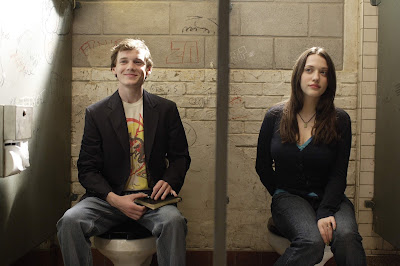 Many of Yelchin’s best moments are with Kat Dennings, whose sultry and sardonic qualities have always made her a very special kind of punk rock dream girl. Though Susan doesn’t have the efficacy or range of Dennings’ titular character in 2008’s Nick & Norah’s Infinite Playlist (more on that film on a future podcast), she’s still sharp and intuitive enough to trade blows with Robert Downey, Jr. as her alcoholic father/principal. In retrospect, it’s fascinating to look at this period of Downey’s career, a time between his ignominious departure from Ally McBeal and his ascension to box office dominance as Iron Man. He’s feeling his way back up the ladder in films like Good Night, and Good Luck, Kiss Kiss, Bang Bang, and A Scanner Darkly, and while his Charlie Bartlett character is well within his wheelhouse (a broken idealist driven to drinking and self-destruction), it’s hard not to see his wonderful exchanges with Yelchin as a kind of warmup for the paternal relationship Tony Stark would eventually share with Tom Holland’s Peter Parker in the Marvel Cinematic Universe. Their dynamic is warm, challenging, dangerous, and ultimately cathartic. 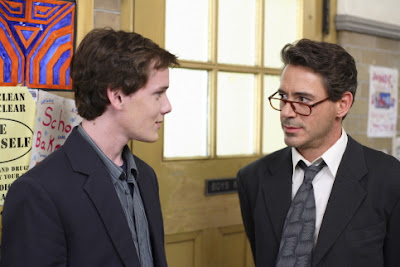 Charlie Bartlett is the sole feature effort from director John Poll and one of two feature screenplays from Gustin Nash (Youth in Revolt). Though the pair are clearly influenced by harder-edged voices of the teen genre like Election or Rushmore, Charlie Bartlett never displays the depths or ironies of those entries or the idiosyncrasies of its contemporaries like Mean Girls or Juno. The script varies in its interest in certain plot lines and has trouble defining key supporting characters, which becomes a huge problem when Charlie’s culpability in one student’s near suicide is glossed over so quickly that his third act penance feels more like a business transaction than a burgeoning friendship. Charlie himself ends up being a bit of a cypher; Though the motivating factors behind his mischief are eventually revealed, it’s so late in the game that much of his behavior in the film’s middle hour becomes hard to reconcile with the heroic persona he’s meant to inhabit. His goals shift toward altruism as he goes, but “fame” and “popularity” never feel like worthy enough causes for Charlie’s lies and manipulation. He seems smarter than that. 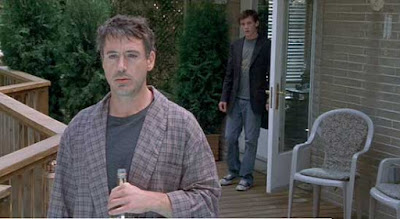 Still, Charlie Bartlett’s key performances and endearing energy make it fun and functional enough for a minor position in the pantheon of great teen comedies. All three leads would go on to bigger and better things (though I’d argue that Dennings should make more big-screen appearances), and the film will be all the more worthy of revisiting as we reflect on what we lost in Anton Yelchin over the years to come. There’s always a certain tendency to lionize the dead, to strip away their flaws and reshape their complex legacies to suit our needs. In many cases, though (especially those in which we’re celebrating an artist and their work), that kind of glorification feels right. It helps us process our grief and pay our dues. It helps us feel our way through our anger and focus on what steps we can take to honor their memory. It makes their contributions tangible, things we can point to when evaluating their work and that of all who come after. In that way, we make it last forever.
Posted by Patrick Bromley at 5:00 AM