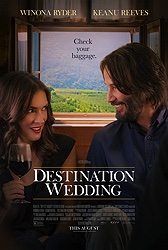 Destination Wedding (2018, dir. Victor Levin) I really loved this anti-rom com romantic comedy when it was released in September, and now it's already available to stream on Amazon. That's fast. Keanu Reeves and Winona Ryder are the couple of the year in a movie about two misanthropes thrust together by circumstance who discover that maybe they enjoy hating things together. The dialogue and the performances are both very stylized and the movie is going to put some people off, but I found the movie very funny and winning and even sweet once you get past its acid exterior. Romantic comedies have gotten so bad in recent years that we shouldn't take it for granted when a really good one comes along. (Watch on Amazon Instant Video) 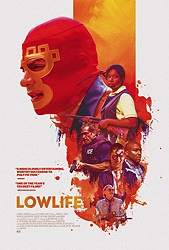 Lowlife (2018, dir. Ryan Prows) Another excellent indie from earlier this year combines a number of smaller stories about inept criminals and fuckups all bouncing off one another in a movie that's both violent and darkly funny. It got compared a lot to Pulp Fiction coming off the festival circuit, but it's the rare film that actually invites the comparison. It also features my favorite movie character of the year in El Monstruo, a Mexican luchador who lives by a specific code and is prone to rage blackouts. I thought I had outgrown movies like this in the 1990s, but Lowlife is a rare exception. (Watch on Hulu) 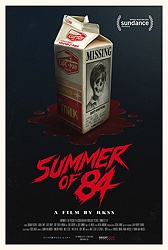 Summer of 84 (2018, dir. François Simard,  Anouk Whissell, and Yoann-Karl Whissell) The follow-up effort from the directors of my beloved Turbo Kid was one of my most anticipated movies of this year. I finally caught it at Cinepocalypse several months back and liked it but didn't love it. As with Turbo Kid, the filmmakers lean hard into nostalgia, not as an homage but rather as a lens through which to tell a coming of age story. The '80s stuff is pretty unnecessary, save for the lack of cell phones. It's very well made, though, and there's enough good stuff to recommend it even if it's often too obvious and goes on a good 15 minutes longer than it ought to. Still, those of you who subscribe to Shudder ought to give it a look. (Watch on Shudder) 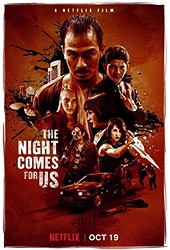 The Night Comes for Us (2018, dir. Timo Tjahjanto) Here's the deal: I have not yet seen The Night Comes for Us, one of two new Timo Tjahjanto movies to play at this year's Fantastic Fest. The only reason I have been excited for October to end is because I knew I could finally watch this one, which I understand to be much more action than horror (even though it's supposedly as violent than a horror movie, if not more so). I'm a big Timo Tjahjanto fan and a big fan of insane, violent action movies, so I'm recommending this because it's what I'm going to be watching this weekend and I'm crazy excited about it. (Watch on Netflix)
Posted by Patrick Bromley at 5:00 AM

Email ThisBlogThis!Share to TwitterShare to FacebookShare to Pinterest
Labels: 2018 movies, destination wedding, i stream you stream, lowlife, summer of 84, the night comes for us, timo tjahjanto