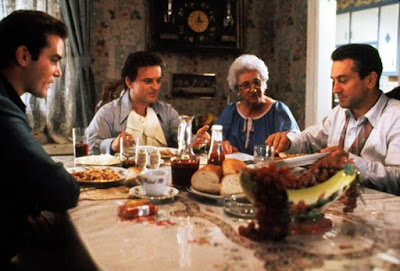 Happy Thanksgiving from the review duo who are picking a perfect food for your favorite movies and vice versa.

Adam: This week, Rob and I are going to pick the perfect food for ten classic movies and the perfect movie for ten of the most popular foods and explain why these picks make sense to us.

Adam: This is one of our “blank check” columns. We hope you enjoy.

Note: This is an association game, so the food doesn’t have to be something relevant to a certain film (e.g. steak for Raging Bull or Jiffy Pop for Scream). We just have to explain why we chose it.

Rob: That said, feel free to leave us some of your own picks in the comments!

Round 1
Rob:
Movie - The Exorcist
Food Pairing: When I think about The Exorcist, I think about how Friedkin and his team froze the bedroom set to get the proper “icy breath” effect from the actors. I like warm and spicy food when it’s cold outside, so I’m going with some chicken tortilla soup, chips, and a beer. It’s the kind of thing I can grab a few bowls of over the course of an evening without feeling too full.

Food - Turkey
Movie Pairing: Turkey makes me think of Thanksgiving, of course, so with that in mind, I’m going with Midnight Run, a movie that I can sit back and enjoy while in the throes of an extended food coma. It’s fun, funny, and easy to digest. I can fall asleep for a few minutes and always know where I am in the story when I wake up. Plus, Joey Pants’ wardrobe is iconic. 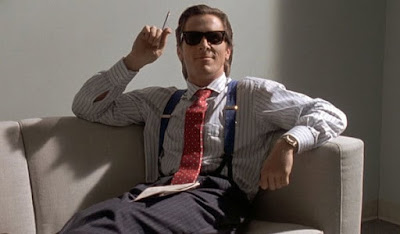 Adam:
Movie - American Psycho
Food Pairing: My inclination is to pair American Psycho with an overpriced, tiny portion entree. The type of food where you’re almost intimidated by it. But in the spirit of Patrick Bateman, I want to pick something where you “don’t just stare at it, [you] eat it.” So, I’m going with a Filet Mignon, maybe even horseradish crusted with a side of roasted vegetables because you need to stay healthy to keep up with this guy.

Food - Pancakes/Waffles
Movie Pairing: Hmmmm…..Cabin Fever. I chose it because when the mullet kid says “PANCAKES!” that’s usually how I react when I’m about to dig into some. Pancakes rule! For waffles, let’s go with Shrek because Donkey makes them sound pretty appealing. 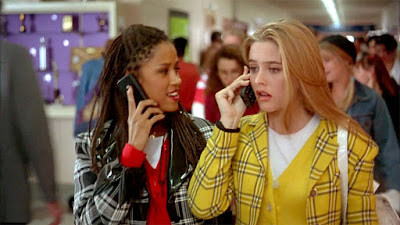 Adam:
Movie - Clueless
Food Pairing: I love Clueless. It reminds me of the mall and feels like a movie where the entire set smelled like gum and jelly beans. With that in mind, my food pairing is a plastic bag filled with assorted favorites from one of those candy dispensary stores. You’re gonna need gummies, some chocolate, and a whole lot of sweet ropes.

Food - Cheeseburgers and fries
Movie Pairing: Good Will Hunting, because I can recite the “Chuck, I had a double burger!” scene from memory and the sandwich looks delicious, like something you’d get at Portillos. There are no fries in that scene if I remember correctly, so let’s go with Bad Boys for those because I’m thinking of when Martin Lawrence spills them all over Will Smith’s car. Double Burger to Double Bill!

Round 3
Rob:
Movie - Jaws
Food Pairing: As I’ve said a thousand times, Jaws makes me think of my grandfather. When I think of food that relates to him, I think of the meatball sandwiches he and I used to eat from this diner near his house down the Jersey Shore. American cheese. No. Provolone. Toast the roll, but don’t burn it. The breakfast option would be creamed chip beef on toast, which he also ordered a lot. Not exactly beach food, but I feel good about these choices.

Food - Nachos
Movie Pairing: First thing that came to mind was Death Proof, but you mention that later on, so I’m going to go with Nacho Libre. I know that’s stupid and obvious, but I’ve never seen it, and this would be a nice excuse to check it out. Side note: I Googled “Death Proof Nachos” just so I could watch that Kurt Russell scene again (#KurtRussellRule), and I realized what an awesome band name “Death Proof Nachos” is. Can we make this happen? 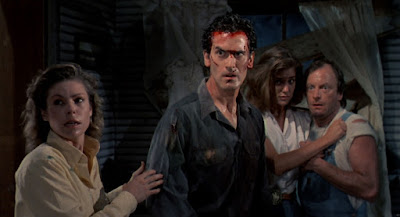 Adam:
Movie - Evil Dead 2
Food Pairing: This one’s tough because the movie is really dirty and cold in aesthetic. Let’s say stew. The reasoning is similar to yours for The Exorcist: You need a hot, hearty meal to keep up your energy to battle an all-nighter of deadites.

Food - Chicago-style pizza
Movie Pairing: Ok, this is a weird choice. I’ll go with the remake of Death Wish from earlier this year. There’s a scene early on where Bruce Willis is at a Giordano’s type Chicago pizzeria with Elisabeth Shue and Vincent D’Onofrio and they look so goddamn happy. It makes me wish the movie wasn’t Death Wish anymore, but just about these people deep dishing over stuffed crust.

Round 4
Rob:
Movie - The Matrix
Food Pairing: The Matrix makes me think of the very early 2000s, which for me was a transition period from middle school to high school. One thing that defined that time for my friends and I? Halo LAN parties. I know, I know. Settle down, ladies. The primary Halo LAN party fuel consisted of Sun Chips (Harvest Cheddar), Mountain Dew, and anything from Wendy’s. I’m partial to the spicy chicken sandwich, myself, but feel free to mix and match.

Food - Key Lime Pie
Movie Pairing: I’m just going to be honest and tell you that I don’t think I’ve ever eaten key lime pie. My pie picks: Pumpkin, sweet potato, and this cheese pie my grandmother makes. It sounds gross, but it’s actually pretty great. Okay, I have to pick a movie. Key lime pie feels like summer, so let’s go with I Know What You Did Last Summer. 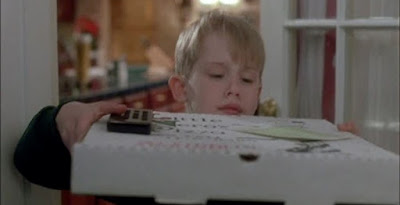 Adam:
Movie - Home Alone
Food Pairing: I would say macaroni and cheese, but the one he has in the movie looks nasty. Who am I kidding? Five boxes of thin crust cheese pizza with a half dozen two-liter bottles of pop. Want some? Someone’s gonna have to barf it all up, cuz it’s gone!

Rob: You know what they say about diarrhea: It’s best with a friend.

Adam:
Food - Tacos
Movie Pairing: Death Proof. The movie was filmed in Austin, Texas, which is home to some amazing barbecue and Tex-Mex food. Every time I go there, I get a combination dinner (which includes tacos) from Gueros, which is featured in Death Proof.

Food - Gyro Sandwich
Movie Pairing - Obviously if we’re talking about Greek food, we’re talking about a My Big Fat Greek Wedding 1 and 2 double feature. That’s for you, my friend. I still haven’t seen the sequel, so wait for me to fly out so we can do this together. Let’s do a side of stuffed peppers with that. You bring the fries.

Adam:
Movie - Pulp Fiction
Food Pairing: The cheeseburger and fries would have been a no-brainer here because my mind immediately goes to Big Kahuna Burger and/or Jack Rabbit Slims. Ok, let’s get this out of the way first - a $5 shake and hmmm...meatloaf. I already chose steak for a different movie and the meatloaf special is what I ordered at Mel’s diner on Hollywood Boulevard when I went to Los Angeles a year ago. It fits with the whole LA retro vibe of Pulp Fiction. 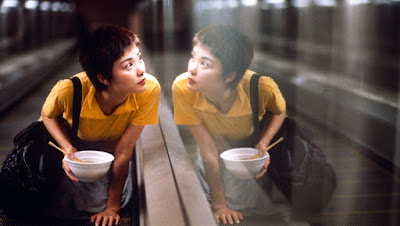 Rob: This was great! We’ll be back next week to talk Creed II. Until next time...

Adam: These seats are reserved.
Posted by Patrick Bromley at 8:00 AM