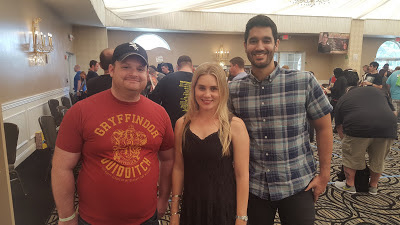 The review duo who made a list, checked it twice, and picked out gifts for the naughty and nice. 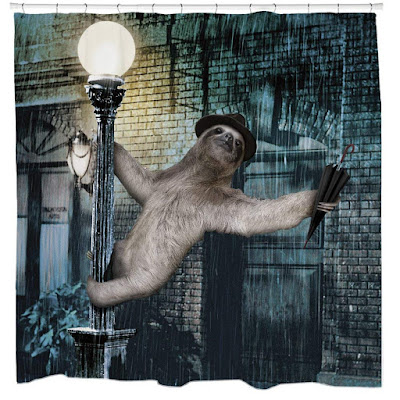 NICE: This next gift is perfect for either Rob or myself, but not limited to just us. It’s an Al Pacino Life Size Cutout. This beautiful piece of craftsmanship makes the perfect choice for that movie fan in your life who’s “ride or die” for Pacino, no matter how high or low he goes. Amazon user Susan says: “Amazingly lifelike. My 90-year old mother-in-law had the birthday surprise she wanted - Al Pacino at her 90th party! He is now in her kitchen standing there!” Hopefully Susan’s mother-in-law is cooking JAMBALAYA! 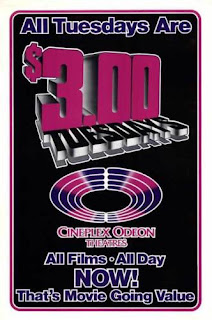 NICE: Do you have a child learning about how to balance their allowance budget? Teach them about inflation with this set of Cineplex Odeon movie posters advertising their fantastic Tuesday prices. Bait them with $3 Tuesdays and then switch in six months (the time frame is up to you ultimately; it’s your child) with a hike in price to $3.50. 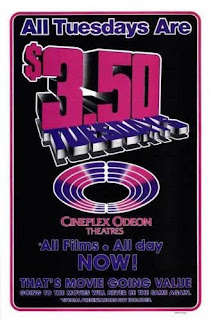 When they complain, say “Forget it Jake. It’s Tuesday.” They’ll get it because you showed them Chinatown already. These beautiful posters are 27” x 40”. Frame ‘em while they’re hot! 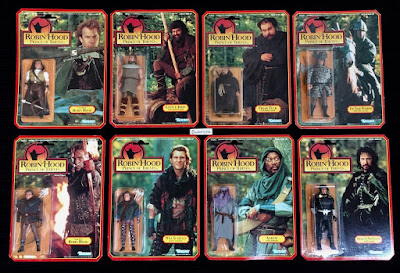 NICE: This one's for that movie fan you know who always says “They don’t make ‘em like they used to.” I agree, and that’s why I wish someone bought me this eight figure complete set of 1991 Kenner Robin Hood: Prince of Thieves action figures. This collection will help you always stay in the past and never progress or mature. Plus, where else will you ever get a Michael McShane (Friar Tuck) or Nick Brimble (Little John) collectible? These action figures hit the bullseye! 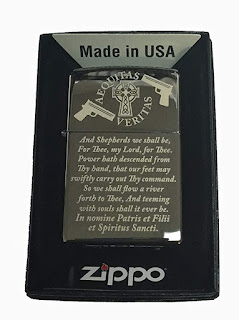 NAUGHTY: One more pick - this one’s for someone in your life who’s not just naughty, but maybe even a sinner. It’s a Boondock Saints Black Ice Prayer Zippo Lighter. Currently ranked #355 among Lighters on Amazon.com, this little number can be bought together in a bundle with wick and flint cards and a generous helping of lighter fluid for only $41.86! Only buy this for someone who really loves film. 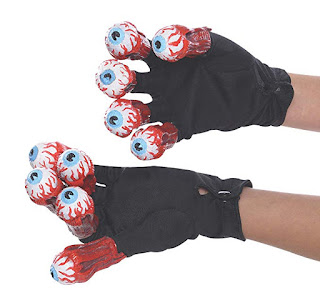 NICE: Do you have a shy person on your list? An introvert? Someone who has trouble meeting people or asserting themselves in public? All they need is something to help them stand out! Give them a surefire conversation starter with these Beetlejuice eyeball gloves from Rubie’s. They’ll have everyone at the party asking, “Look at those!” “Who is that!?” “How does he know where you live, Jessica?!” and “Jesus, are they actually slimy? Did you dip them in vaseline?” Comes with a complimentary Handbook for the Recently Deceased! It’s showtime! 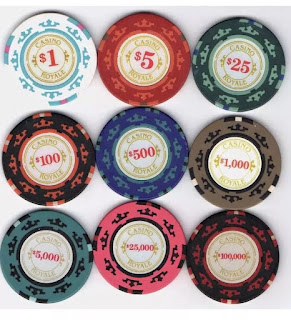 NICE: This next one is for the high-rolling secret agent on your list: A James Bond starter set! Check out these genuine Casino Royale prop chips (Don’t forget to tip your dealer an insultingly small amount!) straight from the Montenegrin poker tables. Blast your way into a Soviet missile silo in style with this limited edition Omega Commander watch (only $1,828)! Round things out with a Universal Exports hoodie and an autographed photo of Diamonds Are Forever star Jill St. John! Tuxedo and misogyny not included. 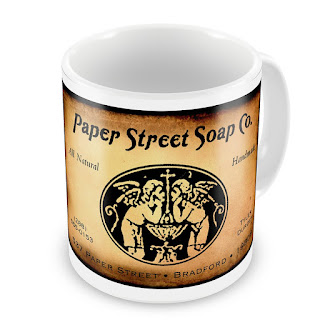 NAUGHTY: Speaking of male fragility, this next one’s perfect for the caffeine addicted movie buff in your life: A Paper Street Soap Company coffee mug! You get that reference, right? Oh my god, you don’t get that reference!? That’s from Fight Club! Brad Pitt? It’s like the best movie ever! Wait, have you seriously never seen Fight Club? And you claim to like movies? Haha, oh man. Wait. Name five directors. Okay, five more. Whatever, I still can’t believe you haven’t seen Fight Club. It’s, like, a total deconstruction of our culture that empowered me so much as a teenager. Jeez. I can’t wait to give you a real film education. 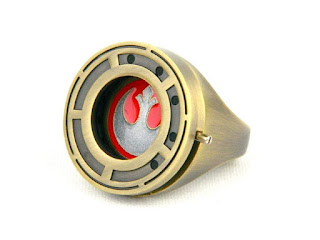 NAUGHTY: This next one’s for those rabble-rousers who love to stir the shit: A genuine collectible Rose Tico Resistance insignia ring replica from Star Wars: The Last Jedi! Wear it ironically to show Film Twitter just how tired you are of the corporate hegemony co-opting your childhood for merchandising purposes. Star Wars used to be underground. It used to be punk rock. It used to mean something. Now it’s just a toy commercial for idiot kids, right? That’s definitely the right cultural hill to die on, right? That Ewoks were always geared toward adults? That C-3P0 wasn’t problematic until the Prequels? Act now, and we’ll include a DVD-R of that Last Jedi: Defeminized Edit. 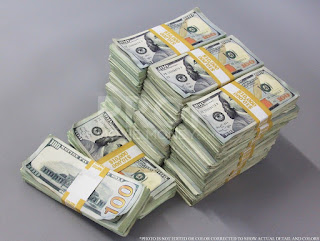 NICE: One more to go! This last one’s for those really, really tough customers. Those impossible-to-buy-for relatives who will hate almost anything they open no matter what it is. The newest Blu-ray? They already have it. This week’s best-selling novel? They already read it. A festive sack of holiday pistachios? They’re allergic. Why not cut to the chase and fill the biggest box you can find with $260,000 worth of fake movie prop money? According to the manufacturer, it’s been used in “hundreds of major motion pictures, TV shows, music videos, commercials, and top social media pages”! Why do social media people have fake money on their pages? Don’t worry about it! You know what? Throw the pistachios in, anyway! That’ll teach them to ask questions!

Adam: Next week we’ll be back with our next installment in the All Pacino series covering 1995’s Michael Mann crime saga, Heat. Until next time…

Rob: These seats are reserved. Happy holidays, everyone!
Posted by Patrick Bromley at 5:00 AM