Like You Were There: Seeing AVENGERS: ENDGAME at 4 AM (Spoiler-Free) 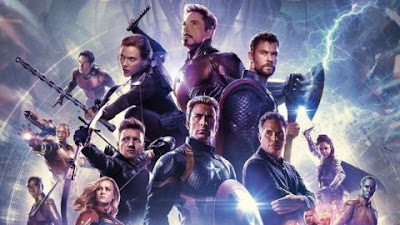 It wasn’t how I thought it would be. Told in 22 chapters for 22 MCU films.

Thanks for going with me, mom!

1. Intentionally staying up for a 4am movie wasn’t easy. I had a White Sox game to take me to 11:30pm. The rest of the evening consisted of taking short naps (with my alarm set and the lights on - - very important) before leaving my place at 2:30am to pick up my mom at her house.

2. Pre-game music was “The Singular Adventures of The Style Council.” It was a good choice - bouncy and energetic, but also chill enough to not stress me out at 2:30am.

3. I picked up my mom and we drove to the theater for the 4am show, which was about 20 minutes away. Traffic was light!

4. Outside of the theater there were A TON of cars from other overnight screenings of Avengers: Endgame. 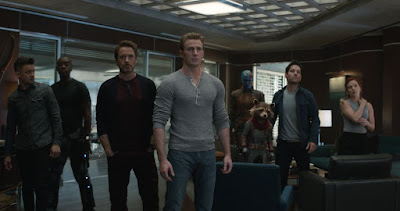 5. The inside of the theater was very muted. I was expecting it to be a rowdier Friday crowd (i.e. people acting goofy because going to a movie at 4am is goofy), but instead you could just see in everyone’s face how tired they were. A few people were in pajamas, but not as many as you would think.

6. My mom and I did not get refreshments. I did see a couple of people with popcorn. My hat goes off to you if you can eat popcorn at 4am.

7. The theater was nearly full (only the front, non-stadium seat rows were empty), which truly shocked me. Oddly enough, though (because everyone was super quiet), it felt like my mom, me, and the guys sitting next to me were the only people in the theater. No one in the audience reacted to anything audibly.

8. Blessedly there was no pre-show countdown. I can barely handle that shit at 4pm let alone 4am. 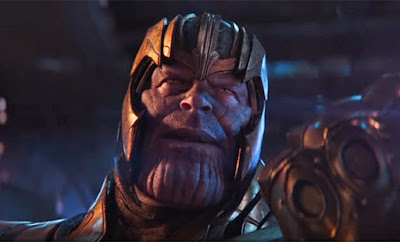 9. The crowd surprised me. I was expecting it would be mostly people aged 18-22, doing it in part ironically. Instead it was families (kids around 10), couples of all ages, people there by themselves, etc. It was no different than the makeup of a Marvel movie crowd during normal hours.

10. Sitting next to me were two younger guys (probably early 20s) who were talking about their IT jobs for 15 minutes before the movie. It was interesting. They seemed like they had their heads on straight. Then one dude took his shoes off and watched the movie barefoot. At first, I thought “gross,” but then about 2 hours into the movie I was like “I kinda want to take my shoes off too.” I didn’t though.

11. There were only 20 minutes of previews instead of the usual 25-30 minutes thankfully. Here are my 4am reactions to them:

• Gemini Man - “This looks like I Am Legend which looked like I, Robot.”
• Fast & Furious Presents: Hobbs & Shaw - “This looks fun. I bet 4am is the only time to watch this movie because at 4pm I would roll my eyes at this trailer.”
• Pokémon Detective Pikachu - “I need to learn about all these Pokémon before I see this.”
• Men in Black: International - “Shut up.”
• Long Shot - “I’ve seen you already. I don’t need this preview.”
• X-Men: Dark Phoenix - “Sophie Turner is pretty.”
• The Lion King - “What’s the difference between this and The Jungle Book?”
• Star Wars: The Rise of Skywalker: “Daisy Ridley in Dolby Cinema at 4:15 am is like oxygen for the spirit.”

12. 4am movie pro tip: If you dread the theatrical experience because people don’t know how to behave, then try seeing movies at 4am from now on. Everyone is perfectly behaved.

13. I had the thought “I’m never doing this again” at several points. Previously, the latest I ever went to see a regular (non-marathon) movie was a second viewing of The Force Awakens at 1:45am. That let out around 4:15am, which is when Avengers: Endgame was just getting underway. If the next Star Wars movie has any 4:30am screenings, that would be the ultimate. 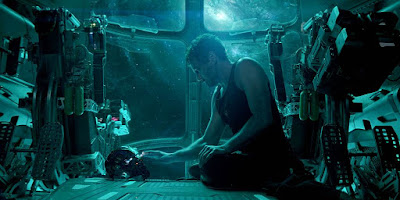 14. Whose performance benefits the most at 4am? Probably Chris Hemsworth as Thor. He’s great in the movie at 7pm, but at 4am, you feel as much of a wreck as he does in Avengers: Endgame.

15. Seeing a movie with alternate realities just adds to the hallucination quality. I felt like I was watching a VR experience where Thanos was dispassionately telling me how I should be extinct.

16. 4am movie pro tip: Your body goes haywire. I had different stretches where I was either very cold or very warm. Also, you will fidget a lot because your body wants to either be walking around or laying down and not sitting in a chair watching a movie.

17. This one’s a little gross so you might want to skip to #18. I had a skin tag on my eyelid that I picked at during the movie and it felt loose enough to maybe come off. I had a decision to make - leave it or pull it off even though I knew I would probably bleed a little bit. I yanked it off and needed to hold tissues to my eyelid for about 30 minutes. I bled for this experience.

18. I fell asleep in the middle hour of the film for two separate 5-minute stretches. The key to staying awake at a 4am movie, I found, was not reclining and sitting upright instead.

19. This was my second time seeing the movie. The first time I saw it was with my friend Greg at a work event on Thursday at 7pm. I liked the movie a lot. This second time though, it really hit me and now I love the movie. I cried twice on the second viewing. 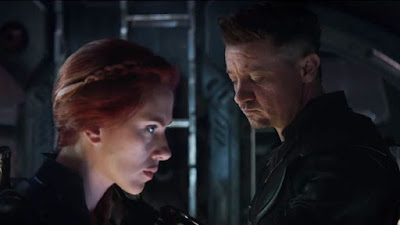 20. My mom and I left the theater at 7:15am and the sun was out. It felt surreal. It’s not too often (outside of a 24-hour horror marathon) to go into a movie when it’s dark and come out to daylight. It was appropriate after the conclusion of Endgame - like it’s a brave new world.

21. After the movie, my mom and I went to IHOP for breakfast. It was fun and a throwback to 15 years ago when I would see the new blockbuster movie and get food every weekend with my high school friends.

22. The entire experience felt like a dream. I went home and slept for six hours straight with multiple naps throughout the rest of the day.

Whatever it takes.
Posted by Patrick Bromley at 12:00 PM

Email ThisBlogThis!Share to TwitterShare to FacebookShare to Pinterest
Labels: 2019 movies, avengers endgame, like you were there, marvel, superhero movies