Like most people of today’s era (era), we at F This Movie! have a million plates in the air at all times. The past few weeks, Patrick had about 4,000 things to do: doctor appointments and classes to teach and kids to care for and things to plan (and then we had a vacation in Austin!) and… you get it. And you may relate. On July 15th, we hosted our first live podcast recording ever in honor of our 500th episode! (For more on that, listen to the podcast and check out #FThisMovie500 on social media. Lots of pictures from our sold-out Back to the Future screening!) For the first time ever, I had much less to do these few weeks, so I hijacked his “I Stream, You Stream” column. 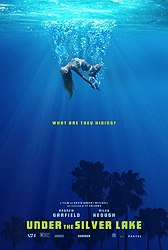 I’m still processing/debating/evaluating/thinking about Ari Astar’s Midsommar after seeing it opening weekend and more recently while reading Jan’s thoughtful essay, and anything even slightly related to or mentioning any type of cult is catching my eye more than usual. Under the Silver Lake is on Amazon Prime Video, so if you haven’t caught up with David Robert Mitchell’s 2018 pop-culture filled, sun-soaked film noir, this is the perfect time to do it. I was underwhelmed when I saw it but also very intrigued; I feel like another viewing might open my mind and make the story come together in a more cohesive way for me. (Watch on Amazon Prime Video) 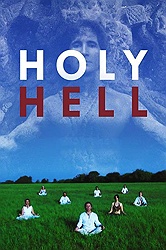 Speaking of cults, if you haven’t seen the documentary Holy Hell (2016) yet, now is the perfect time. I don’t even know where to start (a phrase I use almost every time I’m talking about a good documentary - so quite often), and I don’t want to give anything away. One thing unique to this film is that it’s directed by and uses footage from Will Allen, who was all-in: happy and believing with the Buddhafield group for many, many years, serving as their official group videographer/historian. The fact that he came out of his involvement thinking quite differently about the group - and has real footage to show for it - makes this even more gripping than your average current events/historical style documentary. I was riveted. (Watch on Netflix) 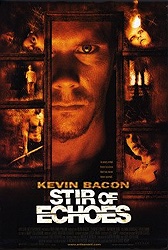 Not cult-related: I went crazy for Stir of Echoes when I saw it in theaters in 1999 and then again when it came out on DVD, but I haven’t watched it since then. I think I’m way overdue for a watch, and I’m curious to see if I will still love this Chicago-set film (based on the book A Stir of Echoes by Richard Matheson) adapted for the screen and directed by David Koepp. I remember reading about local teenager Jennifer Morrison who grew up in the Chicago suburbs and had graduated from a high school one town over from mine; she plays Samantha in the film, and even though I didn’t know her, I was so incredibly excited for her career taking off. I am a sucker for anything filmed in Chicago, I love Kevin Bacon, and I’m always interested in new horror, so I was excited about Stir of Echoes and again, it really delivered for me back then. This started my movie crush on Kathryn Erbe, too, whom I knew from her work with the Steppenwolf Theater Company. I could grab the disc from my shelves, but quickly starting it on Hulu right now means I don’t have to leave the couch. (Watch on Hulu) 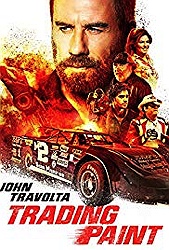 Something caught my eye on the Amazon Prime Video July releases calendar. On July 19, Trading Paint became available for streaming. From the little I’ve gathered, Michael Madsen and John Travolta are race car drivers on opposite ends of the… track… due to Travolta’s character’s son, an up-and-coming driver, being lured away from his dad’s leadership and to Madsen’s character’s team. Shania Twain stars as well. I know nothing else about this movie. I don’t think I even knew it existed, though somewhere in my brain is a memory that our very own Adam Riske may have seen this as soon as it opened (did it open in theaters?). I cannot recommend it without viewing it, but I felt obligated to include it here just to see if Adam Riske will chime in with details. Will it win in the “Is it Better Than Draft Day?” contest? Not likely. But will it rise to Gotti status? Maybe. Is it worth checking out just to form my own opinion AND to prep for Travolta’s forthcoming release, The Fanatic (opens 8/30)? Definitely. (Watch on Amazon Prime Video)
Posted by Patrick Bromley at 5:00 AM