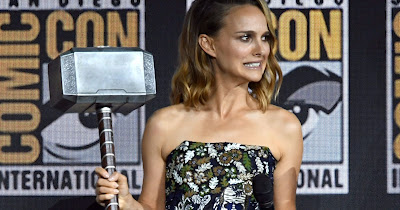 Adam: This week Rob and I thought it would be fun to discuss the bevy of news that came out of the recent San Diego Comic-Con, including new movie trailers, the Marvel Phase Four unveiling, Shout and Scream Factory announcements, and more. Let’s start there. Rob, what did you think of the titles announced by Shout/Scream Factory? If you had to pick two, which are you most excited about?

Rob: Mine are probably the boring answers, but the obvious one is Big Trouble in Little China. I think steelbook collectors — who are already pretty damn blessed when it comes to John Carpenter’s filmography — are going to be really excited for this one. I’m also very into this massive collection of the Fly franchise, which includes the three original films (side note: today I learned that the original Fly had two sequels), Cronenberg’s classic ‘86 remake, and the surprisingly good ‘89 sequel. Any word on whether these are remasters? The website doesn’t have a ton of detail just yet. What are your choices? 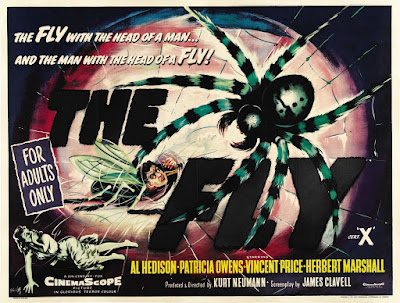 Adam: I’m excited about that box set for The Fly. I still need to see the Vincent Price one(s) and The Fly II (1989). This collection will leave me with no more excuses. The few I heard about that awoke my Peter Tingle were Pet Sematary 2 (just to watch the special features) and Shout Factory releases of The Wizard and Very Bad Things. I’m excited that Shout/Scream Factory appear to have access to Paramount and Fox titles now. I’m hoping for discs on Thinner, Tales from the Darkside: The Movie, and Predator 2 someday. I think this year’s announcements are exciting even if there wasn’t one title that jumped out at me as must-own like several did for me last year. The best part of this whole thing is the Scream Factory guys are going to be on the Shock Waves podcast next week for their post-con debrief interview.

It was a big weekend for trailers with new (or first) looks at 21 Bridges, Ad Astra, Cats, It: Chapter Two, Jay and Silent Bob Reboot, Terminator: Dark Fate, and Top Gun: Maverick. Did any look especially good, better, bad or worse to you based on the new footage?

Rob: The big standout for me is Ad Astra, which had a fairly innocuous first trailer but really made an impression with its second. Great cast, interesting tone. My first thought (and sorry if this an unpopular opinion) was “Oh, cool, someone is doing Interstellar correctly!” I’m excited for this one. Should I see anything else by James Gray? I’d also love a marathon of existential space dramas like Moon and First Man that culminates in 2001: A Space Odyssey. I feel like each one of these movies is a pair of training wheels for Kubrick’s classic.

Adam: I tried many times to get onboard with James Gray, but I’ve only liked Two Lovers. I was let down by The Yards, We Own the Night, and The Immigrant. He’s too Film Comment for my taste. I would be more excited about Ad Astra if someone else were directing it and I weren’t tired of space films. I will say I agree the new trailer is much better than the first one. 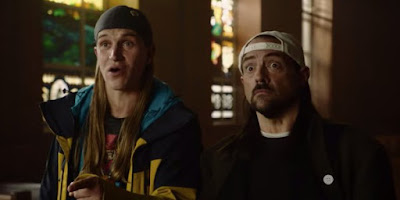 Rob: Jay and Silent Bob Reboot is just...I don’t know. Sad. I wasn’t the biggest Yoga Hosers fan, but I really wish Kevin Smith would just keep making weird-ass B movies and not feel the need to go back to the well. Tusk and Red State were flawed, but they took chances. Then again, maybe those chances didn’t pay off well enough, and he was forced to go back to what would sell? Also, this feels like it should go right to a streaming service, right? I don’t know who the hell he thinks he’s kidding with these $750 VIP roadshow tickets.

What stood out to you?

Adam: Yeah, those roadshow prices are baffling. The movie by itself is playing for a couple of nights in theaters as a Fathom Event, so that’s how I’ll see it. It’s weird with certain filmmakers finding a new home on Netflix or Amazon that Kevin Smith and Rob Zombie are doubling down on Fathom Events for each of their past two films. Nevertheless, I like them both and will be there for 3 From Hell and Jay and Silent Bob Reboot.

I thought the new trailer for 21 Bridges made the movie look better. I’m excited about it solely because it’s a Chadwick Boseman star vehicle. The new It: Chapter Two trailer didn’t leave much impact on me, but that’s because I don’t need to be sold. I’m there. Just show me the movie. The featurette for Terminator: Dark Fate is falling all over itself to convince jaded moviegoers like me that it won’t be like the last time or the time before that or the time before that. It’s sad. The only reason I’m mildly curious is I heard Edward Furlong is returning in some capacity as John Connor and I need to see what that looks like. Cats is a total nightmare. I could barely finish that trailer. The one that really got me excited was Top Gun: Maverick. I really like the first movie and while I’m usually against legacyquels, I think the years of advancement in action filmmaking will benefit a franchise like Top Gun. You just know that Tom Cruise is going to give this movie his all. Also, I think he’s dating Jennifer Connelly in the movie and that’s a pairing my eyeballs deserve.

Rob: I’m super into that Maverick trailer solely because Cruise and McQuarrie have more than earned my trust. I’ll see anything they make together. 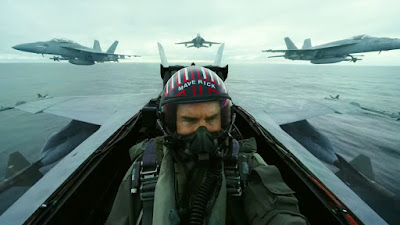 On the other hand, I’d rather the Terminator series just accept its demise gracefully rather than keep trying to reinvent itself using the same ingredients. Judgement Day is one of my favorite movies, but this just isn’t a franchise. It never should have been. I get it, though. It’s the age of recognizable IP. Gotta milk it till it’s dry. I’ll see Dark Fate for Linda Hamilton and Mackenzie Davis, but my expectations are in the cellar.

Adam: When I saw Mackenzie Davis’ haircut I knew you’d be all about it. Let’s not bury the lead anymore...Marvel Phase Four. There’s a lot to cover. Of Black Widow, The Eternals, Shang-Chi and the Legend of the Ten Rings, Doctor Strange in the Multiverse of Madness, and Thor: Love and Thunder, what are your thoughts? I love that the titles of these movies seem picked for people who spray-paint fantasy lore on the side of their vans.

Rob: Outside of the Disney+ shows featuring familiar characters, I was honestly taken aback by Marvel’s complete lack of fucks in Phase 4. As soon as I saw the title Doctor Strange in the Multiverse of Madness, I knew that Feige and co. were learning the right lessons from their successes. They’ll keep the straightforward stuff — the Black Widows and Blades of the world — but I really think Thor: Ragnarok and Guardians of the Galaxy gave them full permission to get weird without fear of losing their audience. I mean, Thor: Love and Thunder introducing Jane Foster as the new Thor? The Eternals? It’s truly incredible that kids who grew up on Marvel will never remember a time when superheroes had to be diluted for the general public, or that gender, race, and sexuality were ever issues on the big screen. It’s really, really heartening. I know people will have a problem with it and say that diversity is being shoved down their throats, but this is exactly how social change happens in a free market. A brand recognizes an audience for its product and gives them what they want. It’s cynical, yeah. But that’s how shit gets done. I’m thrilled.

Which entry caught your attention most?

Adam: I kept waiting for Guardians of the Galaxy Vol. 3 as part of their 2019-2021 timeline, so I was a bit letdown to see that it’s further out. That aside, I like how Marvel makes me excited for movies that I didn’t even know I wanted until they told me I did. A horror-skewing Doctor Strange? Um, yeah! Natalie Portman as a new Thor? Woah, that was a possibility??? I’m excited about Black Widow because of Florence Pugh, so the fact that it’s the next one is cool. I know very little about The Eternals, so I’m just going on the cast right now and that’s my least anticipated of the next five. I think the one that intrigues me most is Shang-Chi, who’s a character I also know practically nothing about. When I heard Tony Leung Chiu-wai was cast as the villain, though, I was immediately in. He’s so great in Wong Kar-wai movies and I feel like I haven’t seen him in anything in years.

Rob: Tony Leung Chiu-wai rules. That is all. 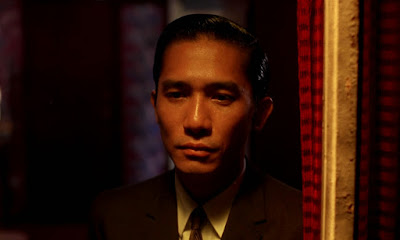 Adam: I was excited about Blade as well, although I think Mahershala Ali is kind of an obvious choice. He basically was Blade (in costuming and makeup, not character) in Alita: Battle Angel. We talked about this before, but I’m fan-casting all my favorite actors into the MCU now. I guess Lily James can be Jean Gray. Can Thomas Jane be The Punisher again? Kirsten Dunst as Doc Ock? Chris Evans as Johnny Storm again? Al Pacino as The Wolverine? John Travolta as The Thing? Kevin Costner returning as The Mariner? Harrison Ford is The President of the United States?

Anything else from San Diego Comic-Con that stood out to you?

Rob: Remake The Avengers with Tessa Thompson playing every Avenger. Let’s see. Snowpiercer and Watchmen series? Sure. I mean, not for me, but sure! I have a lot of friends who are very into the Witcher franchise, so maybe I’ll get into it? Anything is possible. I’m looking through the announcement list, here. Wait, a third Walking Dead show? Is anyone still watching The Walking Dead?

Adam: Pass on most of those shows. However, I'll watch the new The Dark Crystal series on Netflix. Are you excited about Halloween Kills and Halloween Ends? I want them to jettison this Laurie v. Michael stuff and just be like “Yeah, I dunno. He’s back and he’s after new teens.” 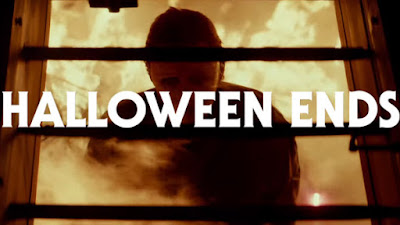 Rob: The whole Halloween thing is fine. Despite being a sucker for requels, I was underwhelmed by Halloween (2018) — has it been long enough that I can say that? — but I can also appreciate the care they’re taking with the franchise enough to be in for whatever they do. Speaking of which, is anyone else excited for Star Trek: Picard? I’ve never been a huge Star Trek guy, but The Next Generation is totally my jam, and I’m weirdly optimistic about where this one will take the character. I hope it’s a limited series with a self-contained story arc and not an attempt at a rebooted show that will try to go on longer than it should.

Adam: Maybe when it’s on Blu-ray. I’m not going to sign up for CBS All Access ever. EVER! Stop trying to make me buy a second cable, streaming services! That’s a wrap on SDCC. We’ll be back next week for a very special All Pacino review as we discuss his latest movie: Quentin Tarantino’s Once Upon a Time in Hollywood. Until next time…