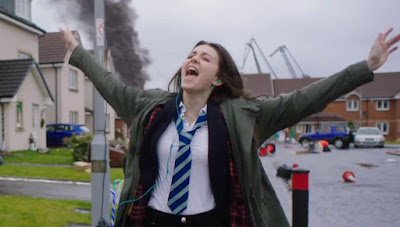 Recommendations from Junesploitation and more!

Adam: I had a busy month and ended up seeing less movies in June than any other month to-date this year. I saw a ton in theaters (it’s my duty for the Summer Movie Show), but I dropped the ball when it comes to Junesploitation most days. My first recommendation is Ninja Busters, my favorite new discovery of Junesploitation. I have Patrick to thank for putting this one my radar. It’s hard to describe Ninja Busters (Patrick aptly said at one point that it’s a movie that changes protagonists at whim, so randomly you’re like “Oh, it’s this guy’s story now???”), but also easy to describe because it’s the heir apparent to Miami Connection. They would make a great double feature. My favorite part of the movie is the friendship between the two leads (Eric Lee and Sid Campbell, who also co-wrote the screenplay) who are hapless schlubs working in a mob warehouse but gain confidence and agency after finding their HomeTree at a local dojo. Shit escalates. This movie’s ridiculous, but undeniably charming. 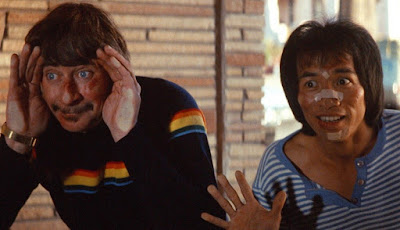 Rob: I’m going to do a “Junesploitation clean-up round” in a few weeks, where I check out some of everyone’s favorites of the month. Ninja Busters is definitely on that list. My first pick for this one, though, is the zombie/Christmas/musical/comedy/horror extravaganza, Anna and the Apocalypse. This is a weird comparison, but the way it squeezes so much charm and creativity out of very few resources reminds me a ton of Jeremy Saulnier’s Murder Party. Both are fun enough stories on their own, but the real joy is seeing the ingenuity at work behind the scenes. There are a thousand different ways to make a movie, dozens of choices to make every second, and it’s clear that director John McPhail and his crew wanted to inject their low-budget project with every possible molecule of joy that they could. Every second of this one counts. I had so much fun with it.

Adam: I’ll give that one a shot during October. It was released in December last year, and at that point I had too many Oscar and blockbuster-type movies to catch up on. Glad to hear you liked Anna and the Apocalypse. 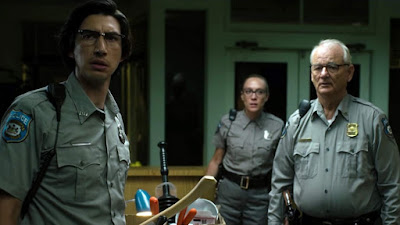 My next pick is The Dead Don’t Die, which isn’t a success as much as I was just on its wavelength the night I saw it. I know a lot of people don’t like this movie and I understand that -- it’s meta and self-impressed in the worst way -- but I think it works in tone and mood. Jim Jarmusch’s offbeat vibe adds an element of despondency that worked for me in the same way as ParaNorman. I love the score as well; it’s the best part of the movie. I’m mildly recommending The Dead Don’t Die because there’s enough here to make it at least an interesting failure I’ll want to revisit. The thing that drives me crazy about it though is if Jarmusch played the material straight, it would have been a stronger genre film.

Rob: I was disappointed to hear middling reviews on this one, but I’m still excited to see it. My next pick is Sarah Daggar-Nickson’s 2018 thriller, A Vigilante. Olivia Wilde plays a domestic abuse survivor who becomes a kind of Lisbeth Salander figure for other women and children suffering from violence and neglect at home. It doesn’t all work, and there are times when it feels unsure of exactly how to embrace its strengths (detouring into “traditional” narrative beats rather than leaning into its more thoughtful edge), but I thought it was incredibly well done. Between this and her work with Joe Swanberg, it’s becoming clear that Olivia Wilde is a uniquely instinctive and naturalistic actor who really knows how to take possession of a scene when she’s given the proper opportunity. There are so many moments in which the camera just lingers on her as she quietly lets a series of emotions pass over her face. She’s very, very good. I hope she gets more chances for this kind of work in the future. 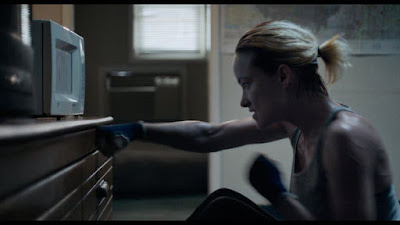 Adam: Olivia Wilde rules. I missed this one because there’s too many movies. My top pick for June is Rocketman. Bohemian Rhapsody poisoned the rock biopic well for me temporarily, so I was unenthused when I saw the preview for Rocketman. I put off seeing it for a few weeks, but then the word of mouth was it’s good. And it is! Taron Egerton is so great playing Elton John. It’s the best type of biopic performance, where the performance makes it clear to the viewer what makes this subject tick. Too many biopics just chart the big moments of a career, but this one takes a cool approach of using Elton John’s music to help you understand his emotional state. Rocketman surprisingly reminded me of Pink Floyd: The Wall in terms of structure, but luckily Rocketman is a lot more optimistic. I found it unexpectedly moving and the more I think about the movie, the more I like it. It’s up there for me with Love and Mercy in terms of the best recent rock films. 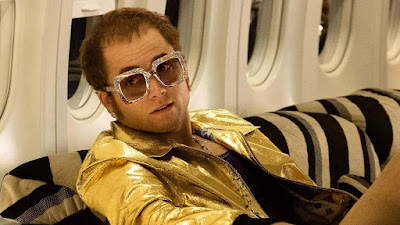 Rob: I’m glad you were finally able to kill the man you used to be and become who you were always meant to be. Rocketman will be a Redbox pickup for me, for sure. My last pick comes courtesy of Barnes & Noble’s summer Criterion sale, and that’s Richard Linklater’s Before Midnight. I enjoyed the first two entries in the Before trilogy enough to know I wanted the set, but I was excited to finally see the third film for the first time as part of a marathon. You and I already discussed that it’s a bit of a tonal departure from the others — one that can definitely read as a little depressing — but I found myself really emboldened by its examination of middle-aged love through Linklater’s familiar lens of subjective cinematic time. Maybe I’m just messed up, I don’t know, but I found it very comforting. I really love this series. They’re such wonderful hangout movies. I love their honesty. Julie Delpy is such a gift. 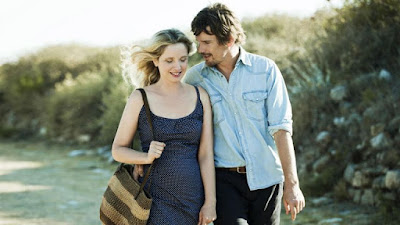 Adam: It’s a tremendous and unique series overall. Other new-to-me recommendations I have from June: the Michael Dudikoff action flick Avenging Force, which is awesome when it’s awesome. I enjoyed Dark Phoenix. It’s a mess, but also not nearly as bad as people are saying. I liked how weak and pathetic it felt as a blockbuster. That makes sense in my head; it’s like it never had a chance. Toy Story 4 was funny and sweet and the remakes/sequels of Child’s Play (2019) and Shaft (2019) were more fun than I expected even if they’re not at all necessary. Shaft (2019) felt like a leftover New Line movie from Summer 2001.

Rob: This whole summer feels a bit like leftovers. I already wrote about a few of my early Junesploitation favorites, but other picks this month include House of Traps, Disco Godfather, Strip Nude for Your Killer, and, again, Midsommar.

Adam: I have a “funny” theater story to tell you about when I saw Shaft (2019). The theater was full last night (wasn’t this a box office bomb?) and full of families with little kids. When Samuel L. Jackson said “***ga what?” I heard a child laugh and repeat it to his seat neighbor. Then at the end, two different kids got up and started dancing in the front of the theater to the new Shaft (2019) theme song. It was clearly their new favorite movie. I’d say I weep for these children, but honestly it was so wrong it became kind of...ok no, I weep for these children.

Rob: It’s so interesting to see how a younger generation sees Samuel L. Jackson. He’s drifted in and out of self-parody at this point, but it was hilarious to show my film students Pulp Fiction and have them ask, “Holy crap, Nick Fury is such a badass!” It’s all relative, I guess. We all go through this.

Adam: I don’t understand movies anymore. Until next time…