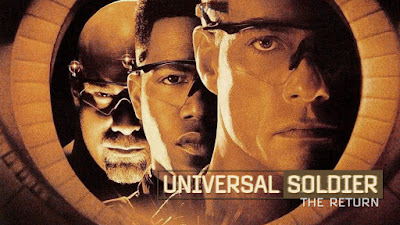 This movie’s so silly, so why does it feel so poignant?

Every month, I put out a Twitter poll asking you all to vote on which 20-year anniversary movie I should write about. The winner by a wide margin (maybe the widest margin ever from the polls I’ve tweeted) was for Bowfinger. I’ve only seen Bowfinger twice (once in theaters and once a week ago) and honestly, I have little to say and I know it’s beloved, so I feared writing about it would be a letdown. I like the movie but not as much as most people, while also being able to recognize it’s very well-made. One of the other movies I included in the poll was Universal Soldier: The Return and I was more than secretly hoping it would have won. So, I’m cheating and writing about that instead. 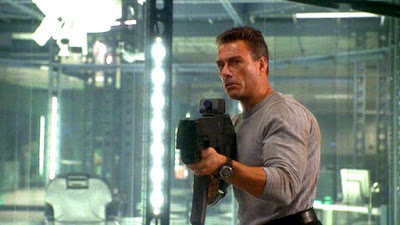 Universal Soldier: The Return was an inauspicious, probably calculated, comeback vehicle for Jean-Claude Van Damme. By the late-1990s, his career had peaked, and he was in a sort of theatrical Sony purgatory, with each subsequent film from Maximum Risk to Double Team to Knock Off getting worse and worse. Returning (it’s in the title) to the Universal Soldier saga made sense, shaking the cobwebs off Van Damme’s struggling trajectory by revisiting one of his career highs and resurrecting the Universal Soldier series back to theater screens after its first two sequels (following the 1992 original) went direct to television. Universal Soldier: The Return feels desperate in many ways and I don’t say that as a negative. For a movie about robots made from reanimated dead soldiers, it’s nakedly trying to capture what once was and that’s awfully human. In an action genre typically full of bravado, it’s jarring to see one this humbled. 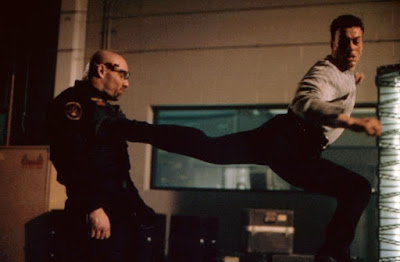 This isn’t to say that Universal Soldier: The Return is a morose or serious affair. It wears a certain SyFy Channel chutzpah on its sleeve. This is the type of movie that doesn’t care that most moviegoers thumb their nose at it. It’s playing for the person that’s willing to watch it with both an open mind and fully aware of what they’re getting themselves into. This is a movie where being on a 5 Film Favorites DVD of Van Damme films was always going to be its final resting place. The film opened in late August 1999 in theaters, which is appropriate (it’s grasping for whatever late summer bucks fans had left) and on DVD and VHS right before New Years Eve 1999. As someone who worked at Blockbuster Video at the time, I can assure you it rented for the holiday because everything rents on New Years Eve. There’s a beautiful sad poetry to being a last Tuesday of December home video release. It’s where August theatrical failures go for one last day in the sun. 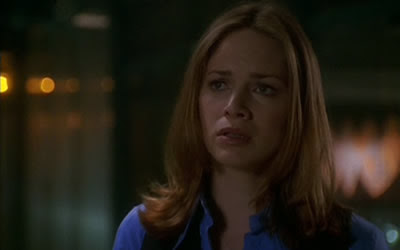 Universal Soldier: The Return strips all the gravitas out of the 1992 original. Only Jean-Claude Van Damme has returned and gone are Dolph Lundgren, Ally Walker, and the writing-directing duo of Dean Devlin and Roland Emmerich. In their place are Michael Jai White as the film’s new main bad guy, an A.I. creation named SETH that inhabits a Jai White shell, Bill Goldberg as the comic relief UniSol villain (a la Warwick Davis in Leprechaun) and Heidi Schanz (who’s gorgeous in that specific DTV way) filling in as the TV journalist who goes along for the ride. You know she’s a TV journalist because she says things like “My story” and “You can’t throw the media around…” That’s just scratching the surface of how charmingly dumb Universal Soldier: The Return is. Among other favorites are:

• Goldberg fights security guards in a hospital but not before saying “Guard this!”

• There’s an A.I. tech nerd villain named Squid who has punk rock hair, GWAR on loop, and eats bowls of sugary cereal (topped with cola) with a wooden spoon.

• A gratuitous strip club scene where bouncers and strippers get in on the action.

• Van Damme reacting to Heidi Schanz saying he probably likes strippers with the line “I ol-ways like chirliters!”

• Van Damme’s daughter in the film being 13 years old or so but still wearing overalls over what appears to be a shirt made from a toddler’s bedsheet. It’s like proto-Maggie Grace in Taken.

• The movie explaining away how Van Damme’s character is no longer a re-animated dead soldier by just stating they “reversed the process.”

• The soundtrack in general (it comes from Trauma Records according to the end credits) which features such bands as Megadeath, One Minute Silence, Clay People, The Flys, Static-X, Anthrax, Jact, D Generation, Fear Factory, Ministry, Tim Skold, Gwar and Powerman 5000. It’s the most XM Turbo thing you’ll ever hear in your life. 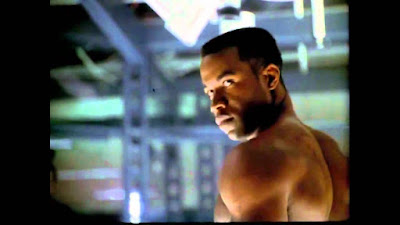 Universal Soldier: The Return is an interesting entry in the franchise which would later go on to being much more brutal (Universal Soldier: Regeneration) and ambitious (Universal Soldier: Day of Reckoning). Director John Hyams worked miracles with those franchise-best entries that can be seen basically as reboots following Van Damme’s re-set with 2008’s JCVD. After Universal Soldier: The Return, Van Damme spent 2000-2007 churning out direct-to-video action flicks, and when he returned to cinemas (in limited release) with JCVD he looked like he’d aged 30 years in just nine. He was sadder and apologetic. The next time JCVD would appear on screen in a mainstream release was 2011’s Kung Fu Panda 2 (voice only) and 2012’s The Expendables 2. It was a career resurgence and for about a five-year span – from 2008 to 2013 – where he turned in some of his best movies and his best acting. That’s one area where Van Damme deserves more credit – he’s constantly improving as a thespian. Looking back at Universal Soldier: The Return is, as I said at the top, poignant in retrospect. In the film he’s more subdued and humbler than usual, but also there’s a glimmer of happiness and sobriety to him that was missing for several years in his earlier ‘90s films. He appeared to be less tortured, like he finally conquered his demons. As evidence of his showstopping monologue from JCVD, though, he still had a long way to go.
Posted by Patrick Bromley at 12:00 PM