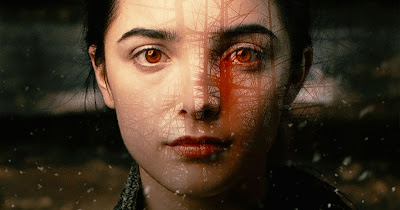 Folk horror is back.

With the success of Robert Eggers' The Witch a few years back, there has been a resurgence of folk horror in the genre, particularly among the independent scene. We've seen it since in movies like The Golem, Apostle, Hagazussa, Gwen, and even elements of Midsommar. Though difficult to canonize, folk horror seemed to kick off properly in the 1970s (with titles like The Wicker Man and Blood on Satan's Claw) and often deals with folklore (obviously), witchcraft, Paganism, or cults. It's kind of a "know it when you see it" subgenre, as there aren't any hard and fast rules that make it up. I don't necessarily know what definitively constitutes folk horror, necessarily. All I know is that it appears to have made a comeback. 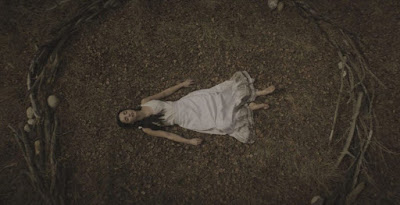 The Curse of Audrey Earnshaw, written and directed by Thomas Robert Lee and making its world premiere this week as part of Fantasia Fest, belongs firmly in the folk horror subgenre. It concerns a small Irish village established in the late 1800s (though the story takes place in the 1970s, because the village has remained untouched by modern life for reasons that never quite become clear) that's facing starvation. No one's crops will grow; farms are withered and dying, except for the farm of Agatha Earnshaw (Catherine Walker), who gave birth to a daughter years ago in secret during an eclipse. Because her farm continues to flourish, the village suspects Agatha of witchcraft. Because they suspect her of witchcraft, Agatha continues to hide the existence of her daughter Audrey (Jessica Reynolds). When Agatha is attacked by villagers -- in particular a grieving man (Jared Abrahamson) -- Audrey can take it no longer and begins conjuring spells to take revenge. 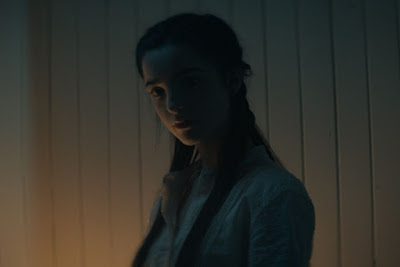 This is a beautiful film, albeit one that's sometimes too obtuse for its own good. The rules it establishes are often unclear, the plot turns it takes not always grounded in what has come before. When it ended, I wasn't positive I fully understood everything that had transpired, particularly in the final moments. That could just be on me as a viewer, but it's my job to report my honest experiences with the movie. The truth is that I really don't care that it didn't all make perfect sense to me, because I was along for the ride. The Curse of Audrey Earnshaw cast a spell over me, one that I wasn't willing to have broken with questions of narrative logic. It's gorgeously photographed, quietly acted, haunting in its cumulative effect. 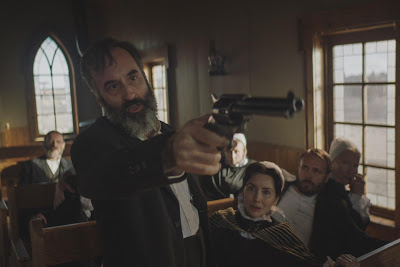 I'll admit I was surprised at how much I responded to The Curse of Audrey Earnshaw, both because of its vagueness and because I'm pretty split on how I've reacted to the recent wave of folk horror films. They don't all work for me. This one did. I love that we're at a time in indie horror where there's room for all kinds of films, all kinds of tones, all kinds of energies, and that so many of them are being represented at this year's Fantasia Fest. The Curse of Audrey Earnshaw doesn't all work, but it works in the ways it needs to.