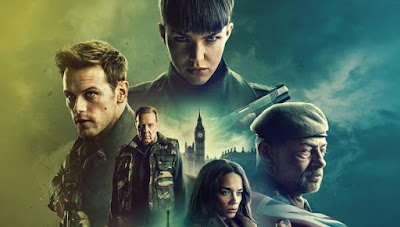 Rather than reviewing the new British military thriller SAS: Red Notice, it might be more useful for me to suggest some things you could do while it’s playing in the background: You could fold laundry, for sure. This is prime laundry-folding entertainment. Hell, it’s about to get warmer outside (here in the States, anyway), so why not go ahead and swap out the bulky winter duds for the lighter spring ones? That’ll kill two hours, right? It’ll feel good, too. You did that already? Damn. Okay, how about this: You could argue about politics with your least favorite relative! I know how frustrated you get by their circular reasoning, myopic historical perspective, and complete lack of cultural awareness, but even that conversation would be a thousand times more nuanced and engrossing than SAS: Red Notice. 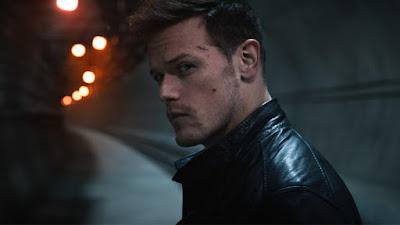 Fine, fine. Here we go: Based on the novel by Andy McNab, SAS: Red Notice is the story of William Lewis (Tom Wilkinson, slumming it), leader of a team of shady operatives enlisted by the British government whenever it wants to keep their dirty dealings out of the news. His star lieutenants, wouldn't you know it, are his children: Olly (Owain Yeoman) is a bit of muscle, but Grace (Ruby Rose, the only reason I’m even writing this) is the real heir apparent. As ruthless as she is intelligent, Grace is instructed by shady military guy George Clements (Andy Serkis) to commit some light genocide in a poor Georgian villiage. There’s a big oil pipeline deal afoot, you see, and Clements needs to ensure that the Evil Corp putting it together doesn’t encounter any more resistance. Or ensure that it does. I can’t remember.

I do remember that things go south, though, and Lewis’ team (called The Black Swans) is subsequently disavowed by the government. Daddy didn’t raise no fool, however, so Grace hijacks a train and threatens to blow up the Channel Tunnel unless various demands are met. Enter Tom Buckingham (Sam Heughan), a dashing British agent getting ready to propose to Dr. Sophie Hart (Hannah John-Kamen, whom you might recognize from Ant-Man and the Wasp) during a romantic trip. He just has to deal with this Black Swans situation first, and, twist, he just happens to be on the same train Grace is hijacking! As the British Prime Minister (Ray Panthaki) wrangles Clements and his goons to resolve the situation without revealing the government’s shady dealings, Buckingham goes into McClane Mode to take Grace down. 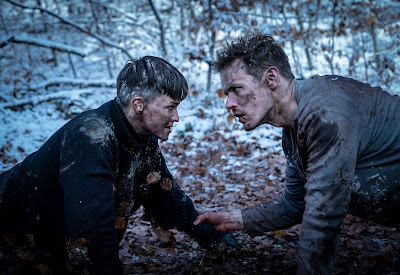 Wait. You know what might be fun? Rearranging your Blu-rays by release date. I’ve always wanted to do that. I love long organizational tasks that require a lot of rote data entry. I’d probably start by getting a pack of Post-Its and labeling each disc before sorting them into piles, themselves arranged by year. Then I would choose the earliest pile (remembering to leave myself floor space to expand that smaller grouping), organize THAT pile chronologically by month, and then divide the subsequent smaller piles into weeks. And then days, too? Maybe. I bet some cool patterns would emerge, you know? I could track how often a specific month of release comes up in my collection and consider what that says about my genre preferences. Wait. What was I doing?

Right. SAS: Red Notice. Look, I’ll be honest: You don’t care. This movie was not designed to entertain you; it was made to air in seven minute increments on TNT. Still, the only unforgivable sin it commits is being two hours and three minutes long. This thing should be eighty-eight minutes (with credits) max, but director Magnus Martens insists on chronicling the intimate movements of each and every member of this overcrowded cast of faceless automatons. I mean, if it takes me a solid half hour to realize that Olly Lewis and Thomas Buckingham aren’t the same character, what makes the filmmakers think I’m going to sit through a landscape screensaver credits sequence just so I can see the stinger that sets up his sequel? It feels like open hostility on the movie’s part, frankly, as if SAS: Red Notice got me drunk and dared me to jump off a roof into a swimming pool. 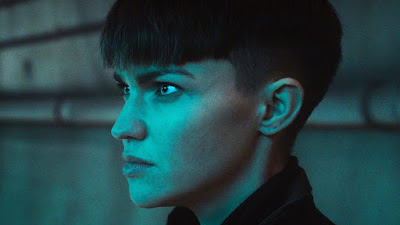 It’s here that I’ll finally admit that I’ve just about had my fill of Ruby Rose fandom. I’m just too exhausted. I keep rooting for her to find her groove as an actor and score that One Great Role that will reveal her secret potential. I mean, she just nailed John Wick: Chapter 2 and xXx: The Return of Xander Cage so hard that I was sure there was more to come. What do I get for my devotion? Interminable goop like this and The Doorman. I guess “Angular Villain/Henchwoman” is all I can really hope for, moving forward. And that’s fine! The internationally-renowned model, actor, and television personality is hardly due the pity of an interminable goop like me, but even as I abandon my post as her acolyte, I’ll stay fervent in my faith that she is better than bland Dad Movies like SAS: Red Notice.
Posted by Patrick Bromley at 5:00 AM