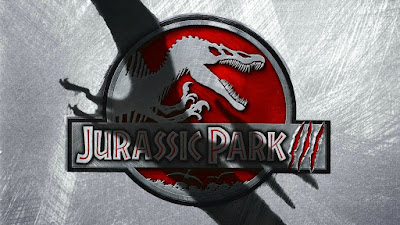 Winner for “Best Water Work” at the World Stunt Awards.

• Best Scene/Moment: The Pteranodon attack near the end of the movie is such a good set-piece. It brings something new that we haven’t seen in the franchise up to that point and Dr. Grant (Sam Neill) gets to kick one of them in the face. I especially appreciated that moment because I went for a walk around a nearby lake yesterday and a red winged blackbird got territorial and flew on my head. I can still feel its feet. What an asshole! I was on the walking path, you dick. Did you really think I was going to climb up your tree and bother you? I don’t like birds; they need to grow up and get a life. 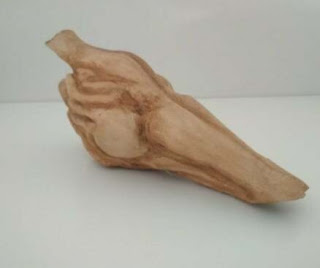 • Best Merch: A “Jurassic Park III Velociraptor Resonating Chamber” like the one seen in the movie! You can blow into it and attract Raptors on your own time now! My favorite part is you can buy one at $25.00, two at $18.75 each and three at $16.25 each. Why would you need two?

• Director Check: Jurassic Park III was directed by the wonderful Joe Johnston, who has made one fun movie after the other including Honey, I Shrunk the Kids, The Rocketeer, Jumanji, and October Sky. He was the perfect guy to take over directing duties from Steven Spielberg on this series and take them from being prestigious B-movies to their roots as franchise programmers. After Jurassic Park III, Johnston has been more hit-or-miss with Hidalgo (woof), The Wolfman (not great, but need to re-watch it) and Captain America: The First Avenger (underrated and pretty great). I wish he were directing more nowadays.

• Double It with This 2001 Movie: Atlantis: The Lost Empire

• Year 2001 Movies to Trailer Before It: Lara Croft: Tomb Raider, The Mummy Returns, Planet of the Apes

• Only in 2001: Major action beats set around the ringtone of a satellite phone. 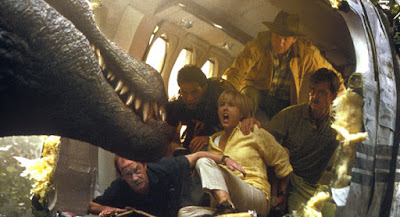 • 2021 Crush: LAURA DERN CAMEO!!!! Why in G-D’s name did the filmmakers have Sam Neill and Laura Dern break up in these movies? Especially when we see she married Harry Renard from Boiler Room. He’s a moron. He lost all his money to Giovanni Ribisi. No one does that except Harry Renard! 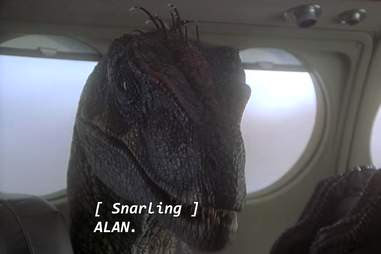 • What I Thought in 2001: I was a fan. It’s slight but fun which is all I wanted after the slog that was The Lost World: Jurassic Park, one of the most disappointing movies I’ve ever seen.

• What I Think in 2021: I like Jurassic Park III now even more than I did back in 2001. It gets an extra boost because it’s a well-made, smart “dumb” movie, which is hard to do as evidenced by Jurassic World and Jurassic World: Fallen Kingdom which are both cynical and lame. Jurassic Park III wears its heart on its sleeve and loves being a B-movie. That energy is infectious.
Posted by Patrick Bromley at 12:00 PM