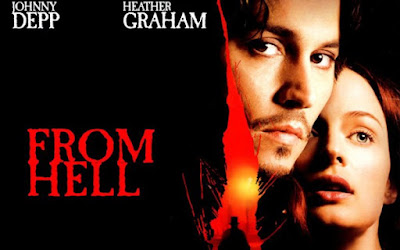 Nominated for Best Horror Soundtrack at the GoldSpirit Awards.

• Best Scene/Moment (tie): Any conversation between Johnny Depp and Ian Holm and the scene where Depp prepares Absinthe.

• Best Song: I’ll go with the score by Trevor Jones by default here, because the only song on the soundtrack is by Marilyn Manson and the less said the better with that guy.

• Best Merch: A Vintage From Hell Movie Jack The Ripper Promo Button for $3.50. This pin is a great way to show you support the movie without supporting anyone allegedly problematic from the movie. On second thought, the button has Jack the Ripper silhouetted on it so yeah, maybe don’t get any merch for this film. 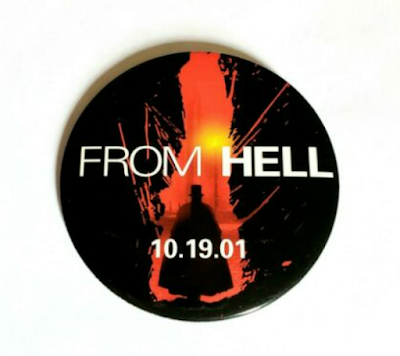 • Director Check: From Hell was directed by The Hughes Brothers, who came onto the scene with the much-heralded Menace II Society in 1993 followed by an ambitious sophomore effort Dead Presidents in 1995. That was their last narrative feature until From Hell, with only 1999’s documentary American Pimp in between. From Hell was moderately successful financially and critically and The Hughes Brothers had a long break after From Hell until 2010’s The Book of Eli. After that film, The Hughes Brothers each struck out on their own, with Allen Hughes directing 2013’s Broken City starring Mark Wahlberg and Russell Crowe and Albert Hughes returning with 2018’s adventure movie Alpha. I like their co-directed movies for the most part and wish they made more films together. Even their movies I don’t love (The Book of Eli, Broken City) are ones I feel like revisiting after watching From Hell.

• Year 2001 Movies to Trailer Before It: The Crimson Rivers, The Devil’s Backbone, The Others 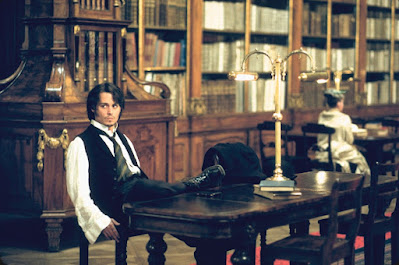 • Only in 2001: The last gasps of the post-Se7en wave of serial killer movies.

• I Miss: Horror movies made at 20th Century Fox budgets. 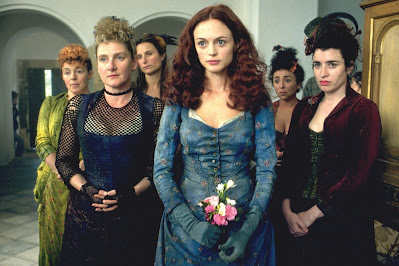 • What I Thought in 2001: I saw From Hell once in theaters and remember thinking it was really good, but also surprisingly dark (even for the subject matter) and not very rewatchable.

• What I Think in 2021: From Hell is pretty good even though I don’t think it’s as good as I did in 2001. The first two acts of the movie feel repetitive and there’s a lot of wallowing in the gallows to get through to “enjoy” the mystery and investigation elements. The movie ends strongly when it starts to reveal the conspiracy aspects of the story. It’s a big bummer of a watch, that’s for sure.
Posted by Patrick Bromley at 5:00 AM