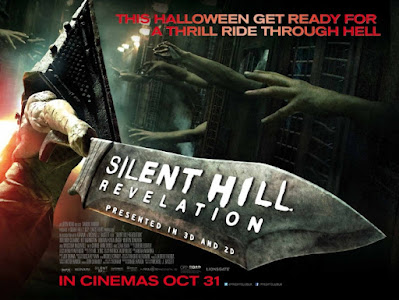 Let’s get this over with.

If you’ve been following our site at all over the past few #ScaryMovieMonths, you’ll know that I love Silent Hill, both the original Konami game series and Christophe Gans’ 2006 film adaptation. Despite never being a particularly enthusiastic gamer, I’ve always been enamoured by the survival horror genre. I love the macabre grandeur of Alone in the Dark and the needlessly-intricate puzzles of Resident Evil. I love the attention given to inventory management and the satisfaction that comes with opening every locked door in a spooky mansion or mastering the right attacks to defeat a monstrous, Lovecraftian antagonist. Most of all, though, I love the soul-crushing loneliness of Silent Hill. Its protagonists aren’t chiseled, machine gun-toting commandos with superhuman tolerances for pain. They’re just people. Parents and children. The protagonist of Silent Hill 2 — perhaps the scariest game ever made — is just a normal man whose crushing guilt over his wife’s death spawns a hellish world of Freudian nightmares. It’s good stuff. 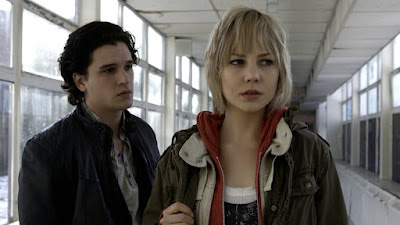 It’s also one of the only video game series with a solid film adaptation, the aforementioned Christophe Gans picture starring Radha Mitchell as Rose, a mother who travels to the eponymous ghost town in search of her missing daughter, Sharon (Jodelle Ferland). As Rose and Officer Cybil Bennett (Laurie Holden) expose Silent Hill’s darkest original sins, Gans and co-writer Roger Avery craft a haunting — if a bit convoluted — allegory for childhood abuse and the complexities of parental affection. Using the first Silent Hill game as loose inspiration, Gans honors the source material in spirit without slavishly replicating scenarios that aren’t conducive to film. Rose replaces original protagonist Harry Mason, preserving Silent Hill as a kind of no-man’s land while her husband (Sean Bean as Chris) is trapped helplessly in separate reality, scratching at the outskirts of his family’s pain without ever being able to understand it. It’s just one of the ways that Silent Hill uses everyday pathos to build extraordinary horrors.

The film’s modest box office success led to a sequel, 2012’s Silent Hill: Revelation. Written and directed by M. J. Bassett (Solomon Kane) and sporting maybe the blandest of all possible one-word subtitles, Revelation attempts to both sequelize Gans’ Silent Hill and adapt Konami’s Silent Hill 3. It’s a tricky proposition, as the first film alters the original game’s continuity in ways that render Silent Hill 3’s plot both meaningless and impossible. Bassett’s solution? Do it, anyway! A quick exposition dump — in which Radha Mitchell is held at gunpoint and forced to reprise her role — undoes Gans’ ambiguous ending and re-introduces Chris and a teenaged Sharon (Bean and Adelaide Clemens) as a family on the run from forces unknown. Sharon (now going by the name Heather) knows to ignore the dreams calling her to Silent Hill, but when her father disappears and a shady detective (Martin Donovan) warns her of impending danger, Heather and hunky classmate Vincent (Kit Harrington) head there to search for clues. 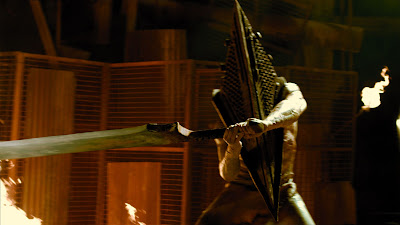 Whereas Gans’ Silent Hill is expressionistic and delightfully impenetrable, Bassett’s Revelation is cartoonish and impossibly stupid. Even if one ignores the barrage of retcons, continuity errors, and punishing assaults on our collective intelligence dished out in just the first act, Revelation would remain one of the most agonizing and nonsensical horror yarns of its era (era). Whereas Gans cherry-picks memorable images from the games to suit a (mostly) cohesive narrative, Bennett stages her film as a series of disjointed interactions with characters, settings, and concepts that aren’t properly contextualized or explained. Whereas Gans often took refuge in his story’s absurdity and mined a little camp, here and there (“Look at me! I’m burning!”), Bassett’s soap operatics are presented as Serious Business and ask us to care about teenaged characters better suited for Canadian television than psychological thrillers. Also, Vincent and Heather’s moms are sisters. They’re kissing cousins. No one cared, huh? Gross. 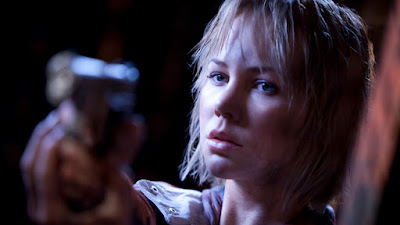 Still, there’s absolutely nothing consequential about Silent Hill: Revelation, especially in this auspicious age of reboots and reimaginings. Konami will make a new game or a streamer will license a new adaptation, and franchise fans everywhere will simply move on. Hell, the game series has spawned a dozen awful entries, so there’s no reason to be precious about it. Most of the Silent Hill canon is mealy-mouthed, gobbledygook nonsense. That’s what makes it fun! With that in mind, there are as few real reasons to hate Revelation as there are to watch it a second time. It’s most damning flaw, in fact, is that it’s not anywhere near as disturbing as Silent Hill 3, a game in which a teenage girl is manipulated into becoming pregnant with a god, undergoes a self-inflicted demonic abortion, vomits out the god fetus, and then watches in horror as another woman swallows the vomited god fetus and gives birth to a fully-formed monster god whom she then has to destroy. Not even Christophe Gans is metal enough for that shit.
Posted by Patrick Bromley at 5:00 AM