All new double features to put on at your holiday parties!

Patrick: Trailers/Shorts: Killing Them Softly, In the Cut, The Wicker Man (2006)

Patrick: Programs like this are a good reason I put no stock in CinemaScore, since all of these movies rule.

Adam: Having an F Cinemascore is almost a badge of honor since those grades are often a reflection of whether the audience got what they were expecting from a movie and not the film’s quality. I haven’t seen Solaris but want to, so I recently added it to my HBO Max queue. Pairing it with The Box (which I haven’t seen since theaters and remember being overwhelming) sounds like a great night. I also agree that Killing Them Softly and The Wicker Man (2006) rule. I need to see In the Cut. This is one of my favorite double features you’ve programmed.

Adam: Theme: Based on a Horror Novel

Adam: I briefly had this as a double feature of Phantom of the Opera and I, Frankenstein since it could be either “Based on a Horror Novel” or horror films co-starring Bill Nighy (“The Dark Nighy”) but I thought it was mean to put people through both I, Frankenstein and trailers for three Underworld films. I like this double feature better since both movies are from solid directors and each are considered not to be among their best movies. Maybe pairing them together will be what each one needs to get a bump.

Patrick: I love this double bill because I think both movies are underrated efforts from directors I love. I know neither one is especially beloved, but as you say there’s a chance that playing them together would highlight their strengths and get people to reconsider them. Plus, this lineup is literary, and it makes us seem smart! 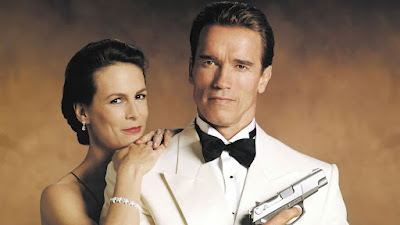 Patrick: Trailers/Shorts: Pretty Woman, Beauty and the Beast, The Fugitive

Patrick: I know I’m just being nostalgic, but I miss the early ‘90s. The Top 10 grossers were such a mix of blockbusters, family films, and R-rated ‘adult’ fare and that kind of variety has been wiped out by the IP homogeny of our current cinematic landscape. I don’t love Home Alone 2 for a lot of reasons, but I’d be excited to sit through a double bill that pairs it with True Lies -- which, to be fair, is probably my least favorite James Cameron movie (Piranha II doesn’t count). My point is that I’d rather watch movies I don’t totally love from this era (era) than the “better” stuff that comes out now.

Adam: You’re speaking my language. Even the early-'90s hits that were considered creative misfires were so much more elegantly put together back then compared to now. I can’t believe True Lies was the third highest grossing movie of 1994. I remember it being a hit, but I figured it would have been at least in the lower half of the top 10 highest grossers from that year. I was going to revisit Home Alone 2: Lost in New York before Christmas this year; maybe this is the way to do it.

Adam: Trailers/Shorts: House Arrest, I Know What You Did Last Summer, The Tuxedo, an episode of Party of Five, “How Do I Deal” music video

Adam: Back in the day I had two posters in my room - one was Sarah Michelle Gellar and one was Jennifer Love Hewitt. I always considered myself a Gellar Guy first. I was wrong. Gellar was never going to make your house a home unless you’re a Prinze. A home needs Love. Jennifer Love. Jennifer Love Hewitt. I want to celebrate this ray of sunshine. I’ve also never seen Heartbreakers but have it on my list to get to by the end of the year, since after 2021 I can no longer watch movies from 2001.

Patrick: I’ve never been a Gellar guy. Of course, I’ve never really been a JLH guy either, though I do enjoy her performances in a couple of movies -- chief among them Heartbreakers, which is too long but sneaky great. Thanks for programming that one. I’m excited for you to watch it by the end of the year! 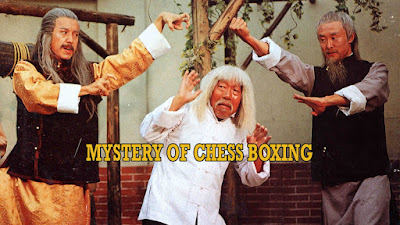 Patrick: Back in 2016, the Music Box did an incredible weekend of programming called the Grindhouse Film Festival during which they screened these two kung fu classics back-to-back. Mystery of Chess Boxing, in the words of one of our favorite podcasts, blew the roof off the place. Shaolin vs. Wu-Tang, while still super enjoyable, wasn’t as good, but I’d love to recreate that night for the two of us. The trailers are for other movies that screened that weekend, except for Mr. No Legs, the trailer for which screened during the trailer block that ran the first night of the weekend-long festival.

Adam: I remember that weekend. I went on the Friday night (can’t remember what played) and was too lazy to go back on Saturday night for the Kung Fu double bill that included Mystery of Chess Boxing. After hearing you rave about it, I rented the movie and watched it. It’s incredible and has one of the best final shots of any movie I’ve ever seen. I don’t think I’ve seen Shaolin vs. Wu Tang. On second thought, I think I went on Friday and Sunday night because I vaguely remember that’s how I finally saw Shogun Assassin. Does that sound right? It’s a bummer the Music Box Theatre hasn’t done this again.

Adam: Trailers/Shorts: Planes, Trains and Automobiles, Home for the Holidays, The House of Yes

Adam: Since it’s December I wanted to make one of mine a Holiday Double Feature, so why not take advantage of Son in Law’s holiday setting? This one might be kinda obvious as far as themes go, but I’d watch these two movies back-to-back in a heartbeat. It’s been awhile (...been awhile) since I’ve seen either of them. Is it just me or is Son in Law considered Pauly Shore’s “classy” movie?

Patrick: It’s totally his classy movie -- the one it’s ok to like even if you don’t like his other movies. I love this double bill. I’ve never been a big Dutch guy but then I saw people banging the drum for it online this past Thanksgiving. Am I wrong about the movie, or is it just a case of the internet loving every movie once it’s old enough? 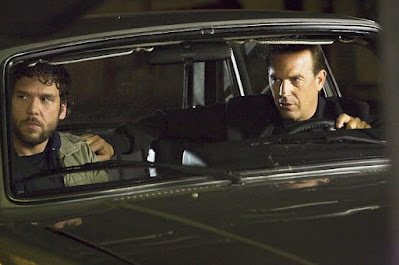 Patrick: You don’t hear much about Dane Cook anymore, but for a while in the 2000s he was unavoidable. I’ll say something potentially controversial: I don’t hate him as an actor. I have no use for his stand-up and his attempts at being a leading man were gross and terrible, but in supporting roles like Dan in Real Life and Mr. Brooks, I think he’s actually got something. Of course, I haven’t seen either movie in over a decade, so I could be way off base. This double feature will be the perfect opportunity to find out.

Adam: I like supporting actor Dane Cook too! Dan in Real Life is a movie that perplexes me but also feel like revisiting every few years (maybe it’s the soundtrack, which is very About A Boy-ish). I saw Cook perform stand-up at the United Center once and really loved it. I don’t think I’d feel the same way now, but boy did it work for me back in the mid-2000s. Do you like the movie Waiting? It’s like Ryan Reynolds and Dane Cook realized they couldn’t co-exist, and Cook lost the arm wrestling match.

Adam: Finding a movie to follow Alien is a big task so I wanted to pick a cool-down type of film to follow it. I’ve never seen The Black Hole, but since it’s Disney, I figured it’s at least less intense. Also, both films have shipmates onboard with mysterious motives so it’s fitting. This would be a fun, retro evening at the movies. I wanted to make this an H.R. Giger double feature with Species but couldn’t find enough trailers to make it work.

Patrick: This double feature rules. I’ve only seen The Black Hole once and don’t remember a ton about it, but I love the idea of programming an (admittedly slightly intense) Disney movie with Alien. And those trailers! Any one of those movies would be great with Alien but you absolutely picked the right one. This would be so much fun. 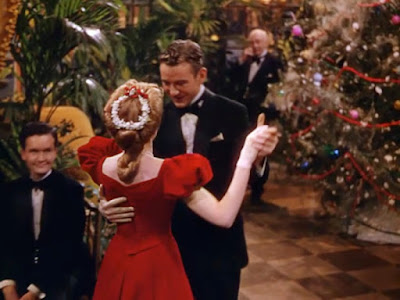 Patrick: There aren’t a ton of movies set in St. Louis according to the internet. Did you know that’s where Parenthood supposedly takes place? I didn’t.

Adam: I’ve almost watched Meet Me in St. Louis about a dozen times and pairing it with One Night at McCool’s (which I can’t believe was 2001, it feels more recent to me) might be what puts it over the top. I had no idea that Parenthood or Steel took place in St. Louis either. Identity Thief I blocked from my memory for self-preservation.

Adam: Theme: Pre-Twilight Kristen Stewart
'
Adam: We’re both big fans of Kristen Stewart and I feel like a lot of attention is paid to her career during and post-Twilight but not a lot of people talk about her early films. I haven’t seen Panic Room or In the Land of Women since they were originally released in theaters/on DVD but would totally be down to revisit both.

Patrick: OMG. In the Land of Women. I was so, so ready for that movie because I liked Adam Brody, loved Kristen Stewart, and especially loved the poster. It seemed like the most romantic movie ever. I haven’t seen it since opening night but did just buy it digitally on Amazon for $2 so I’m excited to revisit it. This double will do well to remind of a time I was a Kristen Stewart fan before it was cool to hate her and then love her.
Posted by Patrick Bromley at 5:00 AM