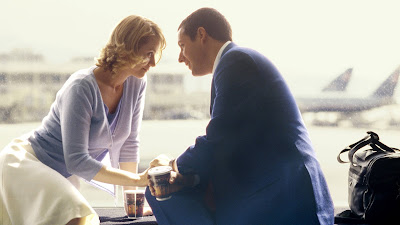 Nominated for “Best Kiss” (Adam Sandler and Emily Watson) at the MTV Movie Awards. It lost (understandably) to Tobey Maguire and Kirsten Dunst in Spider-Man.

• Best Song: I love the Jon Brion score, but I have to go with “He Needs Me” by Shelley Duvall (originally written and produced by Harry Nilsson for the movie Popeye), which is a wonderful and dreamlike anthem for Punch-Drunk Love.

• Best Merch: This one’s pretty cool. A “Punch-Drunk Love Barry (Adam Sandler) Screen Worn Anto Shirt” for $649.99. It was worn in the scenes where Sandler’s in his blue suit (which is most of the movie). I would get it dry cleaned first. 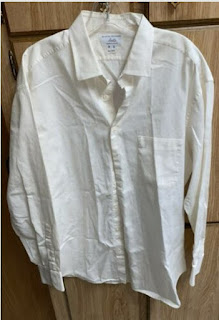 • Director Check: Punch-Drunk Love was written and directed by Paul Thomas Anderson, who has gone on to become one of the most celebrated filmmakers of his generation. He began his directorial career with Hard Eight in 1996 followed by his breakout feature, 1997’s Boogie Nights. His next film, 1999’s Magnolia, cemented his reputation as the next Robert Altman due to his focus on making humanistic dramas with large ensemble casts. Punch-Drunk Love was a conscious effort by Anderson to make a shorter romantic comedy that was an ode to the MGM musicals of yesteryear that he loved. The film was a critical success and a breakout for star Adam Sandler as an actor, previewing fine dramatic work to come in films like Funny People and Uncut Gems. Anderson pivoted from his warmer work to more cynical stories after Punch-Drunk Love, collaborating with Daniel Day-Lewis on 2007’s There Will Be Blood (considered by many to be Anderson’s best film and one of the best movies of the 2000s) and 2017’s Phantom Thread. In between those two movies, Anderson directed The Master and Inherent Vice to mixed receptions. His most recent film was last year’s Licorice Pizza, which to some (including myself) was a welcome return to the big-hearted tone of his earlier work. The movie was well-reviewed and earned Anderson Oscar nominations for his screenplay and direction (along with Best Picture).

• Year 2002 Movies to Trailer Before It: Confessions of a Dangerous Mind, Eight Crazy Nights, Pumpkin 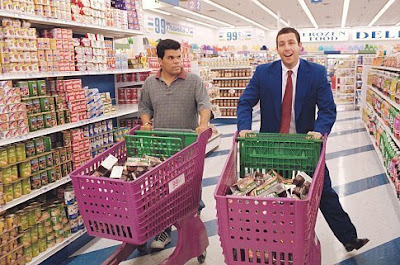 • Mall Movie? Yes, because it’s an Adam Sandler movie from 2002, but just barely.

• Only in 2002: Everyone being pleasantly surprised that Adam Sandler is a terrific actor. 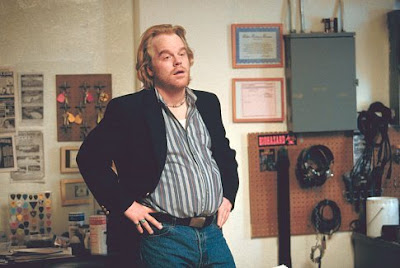 • I Don’t Miss: Lens flares. I don’t think they’ve gone away exactly but I’m not a fan in general.

• What I Thought in 2002: On my first viewing, the movie wasn’t exactly what I expected, and I thought it was just okay. I also was seeing it with my college girlfriend who thought it was weird and didn’t like it so there was an element of groupthink there where her opinion rubbed off on me.

• What I Think in 2022: I revisited Punch-Drunk Love later on DVD and liked it much more than on my initial viewing. Over time it’s become one of my favorite films directed by Paul Thomas Anderson (it’s probably #2 for me after Licorice Pizza at this point). I love how quirky, romantic, and singular the movie is and the Adam Sandler performance is incredible, taking his on screen persona up to that point (in films like Happy Gilmore, Big Daddy, and The Waterboy) and turning them inside out to see what makes these guys tick.
Posted by Patrick Bromley at 12:00 PM