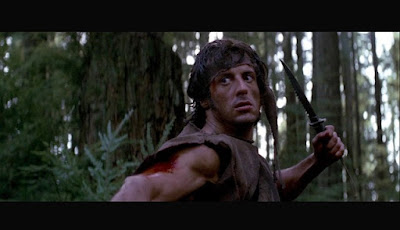 “Through pride we are ever deceiving ourselves.” – Carl Jung

As far as acting chops goes it seems as though Sylvester Stallone gets a bad rap. True, his filmography touts action masterpieces like Cobra, Over the Top, Tango & Cash, Judge Dredd, and dozens more memorable roles where he's playing it big. He has spawned two franchises (Rocky and Rambo) that had successful initial runs only to give each franchise new life in the next millennium. No other actor/filmmaker has done that besides George Lucas. The characters of Rocky Balboa and John Rambo, while perhaps becoming caricatures in their later years (Rambo more so than Rocky), have had theatrical drawing power over five separate decades! In 2011 he birthed another franchise with The Expendables, banking on his and his comrades' action-specific star power. While first getting noticed in movies like Lords of Flatbush and Death Race 2000, two very different types of roles, Rocky, written by the man himself, is a great showcase of Sly's acting chops. And Stallone doesn't become the dual machine gun-toting cartoon character we now picture him as until Rambo: First Blood Part II, nearly a decade full of great and unique performances after Rocky. In that decade Stallone first shows the world the character of John Rambo in Ted Kotcheff's First Blood and, in this writer's humble opinion, his finest acting performance. 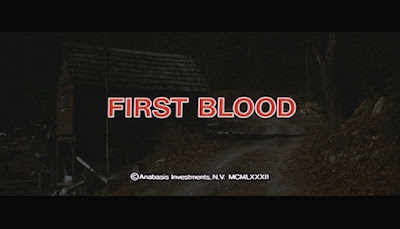 I won't assume every reader of this site has seen First Blood, though it's so ingrained in American cinema DNA that I don't feel like I need to recap a plot synopsis. The film is so unlike the big budget, studio fare it becomes in the second film of the franchise, that I almost don't think of it as part of the Rambo franchise. Point in fact, out of the four films in the franchise, it's the only one without “Rambo” in the title. First Blood is less a movie about the character/persona of John Rambo than it is about PTSD and the after effects of the Vietnam War. And frankly, it's a very anti-cop movie to boot. Now, I'm not saying I'm part of the ACAB crowd, but First Blood carries such a heavy all-cops-are-bastards tone that it's impossible to ignore. David Caruso, who so often plays a creep in movies, and fine cops on TV (NYPD Blue, CSI: Miami), is the lone “good” cop. He still goes along with his asshole superiors, though, thereby making him guilty by association. The setting is Hope, a quiet logging town full of only white, clean cut men. Crime is essentially nonexistent; no crime means bored cops; bored cops and a hippie war veteran drifter make for a dangerous combination. When they first pull Rambo in for vagrancy, their disdain is such that they can't even stand the look of him, forcing him to strip so they can hose him down with a fire hose, followed by a straight razor shave while being held in a baton chokehold. Every single one of these cops looks and acts like they belong with the locals in Deliverance. Along with Caruso, you have Jack Starrett and Chris Mulkey with Brian Dennehy as their chief. The movie, and in turn we the audience, hate these cops so much we cheer with unbridled enthusiasm as Rambo hunts each of them down in the forest.

As for the post-Vietnam War/PTSD messaging of the film, First Blood leans more into exploitation territory. The film opens with John Rambo meandering into a tiny lakeside village searching for an old army buddy. He's smiling, there's a bounce in his step, and Jerry Goldsmith's score is jovial and sweet. When it's revealed his friend has died of cancer brought on by Agent Orange, Rambo's smile disappears in an instant, his eyes become wet, the bounce in his step is gone, and his head sags. The trauma-induced depression that had been living inside him rears its ugly head and, as much as he fights it, emotional instability begins to thrive. None of this, though, makes Rambo a bad guy. In fact, it only aids in the growth of our empathy for the man. We've seen a brief glimpse of the John Rambo before Vietnam, and now we see the John Rambo after Vietnam and the aftereffects of this senseless war. 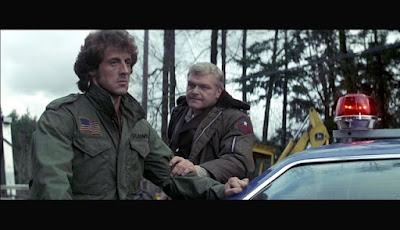 Stallone and John Rambo of First Blood are the emotional hook the three other Rambo movies lack. That isn't to say First Blood is without it's “popcorn” moments. After making a gut-wrenching leap from a cliff into the tree canopy Rambo gets a severe gash on his arm. We're introduced to his resourcefulness by way of the sewing kit hidden in the handle of his giant bowie knife. When he begins suturing his arm and blood runs from the wound my butthole jumped so far up into my body I'm still searching for it. When the National Guard is enlisted to flush Rambo from a mine shaft, we again meet several men who've waited their entire volunteer careers to shoot their guns and grenade launchers in a truly hysterical moment. When Richard Crenna enters as Rambo's former commander, Trautman, he plays the character so big it's borderline camp. And when Rambo returns to town I literally guffawed because he starts blowing up buildings, as if the structures were the ones persecuting him. “Gas station? Fuck you!” (BOOM) “Gun store? Fuck you!” (BOOM) “Car dealership? Fuck you too!” (BOOM) 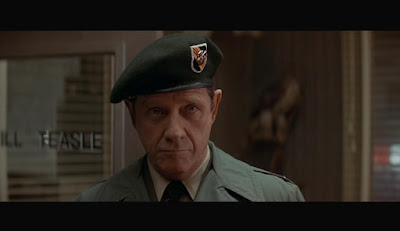 My love for First Blood runs deep. It's not nostalgia, because I only saw it for the first time last year. I truly believe this and Cop Land are where Stallone gives his best performances. The setting, Goldsmith's score, the heart. It's all there, and it wraps me up like a heated blanket.
Posted by Patrick Bromley at 5:00 AM