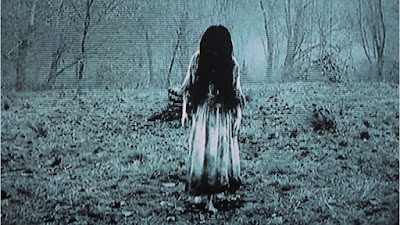 Nominated for Best Movie at the MTV Movie Awards. It lost to The Lord of the Rings: The Two Towers. 2002 was all about rings apparently.

• Best Song: Nothing really to choose from since The Ring focuses on its score (Hans Zimmer) instead of having a bunch of early-2000s nu-metal songs like many of the other horror films of its era (era).

• Best Merch: A Naomi Watts autographed VHS tape of The Ring for $399.00! It’s a little pricey but also a no-brainer piece of memorabilia for fans of the movie. 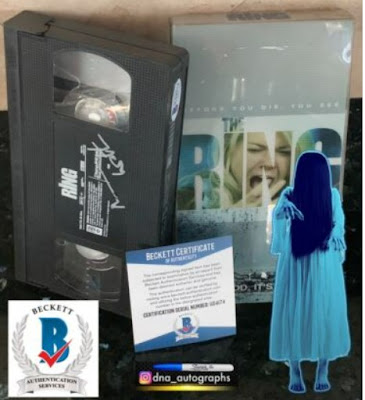 • Director Check: The Ring was directed by Gore Verbinski, a talented filmmaker who admirably has an eclectic genre-hopping filmography. Verbinski’s first feature was 1997’s Mouse Hunt, which I’ve been meaning to see for 25 years. He returned with 2001’s lukewarm The Mexican starring Brad Pitt and Julia Roberts, followed by The Ring in 2002. It was a huge success financially and became part of the zeitgeist for a brief time, leading to a wave of J-Horror remakes. Verbinksi’s career hit the stratosphere in 2003 with the enormously successful Pirates of the Caribbean: Curse of the Black Pearl, which spawned several sequels, two of which were also directed by Gore Verbinski (Dead Man’s Chest and At World’s End). Mixed in between Pirates films, Verbinski made his blank check effort: the underseen Nicolas Cage dramedy The Weather Man. In more recent years, Verbinski has directed Rango (which I never saw) and The Cure for Wellness (which has a real Dane DeHaan problem). Verbinski’s career seems to have be dinged by his association with the infamous 2013 bomb The Lone Ranger. That’s too bad. His IMDB says Verbinski’s next feature will be a 2023 sci-fi effort for Paramount called Spaceless, produced by Jerry Bruckheimer.


• Double It with This 2002 Movie: The Mothman Prophecies

• Year 2002 Movies to Trailer Before It: Frailty, Red Dragon, Signs

• Mall Movie? It could go either way. The movie has a sheen of respectability because it’s a four-quadrant, mainstream horror release released by Dreamworks but it’s also dopey in a supernatural mystery way that’s better suited for teens at the mall. Ultimately, I’ll say yes it’s a mall movie.

• Only in 2002: The dying gasps of VHS in mainstream culture after being overtaken by DVD as the new most popular home entertainment format.

• Scene Stealer: Brian Cox. He stole a lot of scenes in a lot of 2002 movies (e.g., Super Troopers, The Rookie, The Bourne Identity, Adaptation, 25th Hour).

• I Miss: The fad of English language remakes of Asian horror movies. If it weren’t for the Hollywood remakes of those films, I might have never discovered many of the originals (which were often better).

• I Don’t Miss: Swamp blue color grading. Like Panic Room, it makes The Ring harder to sit through because it’s so unappealing visually. 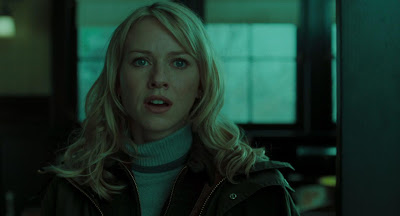 • What I Thought in 2002: I remember thinking The Ring was scary when I saw it in theaters, but then considering it a one-and-done after seeing it again on DVD. I still need to see Ringu.

• What I Think in 2022: Yeah, The Ring doesn’t really work for me after knowing how the story’s mystery resolves. It’s well made, but I didn’t get much out of this rewatch.
Posted by Patrick Bromley at 5:00 AM