Patrick and Adam have programmed 10 new double features for you to start out 2023!

Patrick: You pretty much gave me this theme when you texted me that you were watching Biker Boyz a few nights ago and said it was one of the best of January 2003. Oddly enough, I saw every one of these movies but Biker Boyz in theaters that year. What used to be programmer crap of the January dump feels like Top 20 material now, doesn’t it?

Adam: Biker Boyz is entertaining. The cast is stacked (it has a Terrence Howard and an Eriq La Salle to spare) and that goes a long way. It feels like an unofficial Fast and the Furious spin-off like Lowriders does. January movies are underappreciated. In recent years, they’re better than what we get during the summer, which has somehow suddenly become the worst movie season imho.

Adam: This theme’s…fine. I don’t have any feelings one way or the other about Aaron Spelling. I’m most proud that I included a Tori Spelling callout because he did indeed produce her. Anyways, I’m not sure I’ve ever seen Soapdish or Satisfaction in their entirety (or I did but was too young to remember), so I’d be curious to check out this double feature. You really like Soapdish if I remember correctly, right? P.S. I really wanted to see Loose Cannons back in 1990 because Dan Aykroyd was acting silly and that was bread & butter to me as an 8-year-old. I still haven’t seen it. I’ve heard it’s really bad. Oh well.

Patrick: I love this double and not just because we get to watch a Violet Bickerstaff episode of SBTB. It’s because I love both Soapdish (legitimately one of the best comedies of the ‘90s until it gets weirdly transphobic at the end) and Satisfaction, one of my favorite bad movies. I also remember kind of liking that 1999 adaptation of The Mod Squad, but I haven’t seen it in years. Am I crazy?

Adam: I would need to revisit it but I remember being disappointed by The Mod Squad in 1999 when I expected it to be Scream big. 25th anniversary is next year…Save It For The Podcast? Patrick: I don’t hate either of these movies, but I know they’re not great. I still think Bruce Willis saying “I’ve seen you name on maps” is a good line in North. Also, so few action movies have the courage to end in a PowerPoint presentation that I’m not sure On Deadly Ground belongs on a “worst of” list.

Adam: This sounds fun! I have On Deadly Ground in the DVD player right now as I type this. Good call on the PowerPoint ending. I remember laughing when Ebert took that to task in the Siskel & Ebert episode when they reviewed it. P.S. Comedy sequels are almost always bad, but City Slickers II: The Legend of Curly’s Gold might be one of the most disappointing. I rented that with one of the free rental vouchers I received when I pre-ordered Jurassic Park and it was so bad, I wanted to call the Better Business Bureau and shut that Blockbuster down.

Adam: I’m happy Top Gun: Maverick exists for no other reason than I need a reminder every decade about how awesome Jennifer Connelly is. I’ve never seen Phenomena. Do you think I’d like it? I picked Labyrinth as a pairing because it has a similar genre energy and every time I’ve seen Labyrinth at a rep theatre it PLAYS.

Patrick: Phenomena is pretty weird Argento but I’d put it in the Top 5 for sure. It’s super good. Great call on pairing it with Labyrinth. That’s an amazing double. This is a great JC lineup because it doesn’t include any of her sad bastard stuff, easily my least favorite period of Connelly. 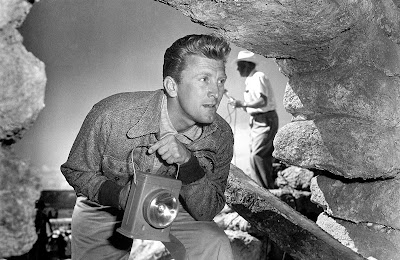 Patrick: I swear I didn’t reverse engineer this whole thing just to play yet another Tales from the Crypt episode. It just worked out with the theme, which is an obvious one, but these would make a good pairing. Have you seen Ace in the Hole? It’s so, so good.

Adam: Crypt, baybeeee!!!! I haven’t seen Ace in the Hole yet but will next month when the Music Box shows it as part of their Billy Wilder matinee series. I can’t wait. I’ve heard great things about it. I’m also looking forward to seeing Nightcrawler again (which I haven’t seen since 2014). I think that’s still my favorite Jake Gyllenhaal performance, which is saying something because he’s been very good for a long time.

Adam: This is a fun theme but as an experience could be a real roll of the dice since I’ve seen neither movie. Have you? Are they good? I like the trailer block. It was tough to not program The Man with One Red Shoe as the second movie (because “red”), but I figured The Legend of Billie Jean had a more similar vibe with Red Sonja.

Patrick: You’ve stumbled into an incredible double. I like both of these movies, and Billie Jean is 100% the right pick to follow Red Sonja because they’re both goofy in that totally ‘80s way. Plus, trailers for Day of the Dead and Explorers? Amazing how even non-hits of ‘85 can go on to become legit classics. Will we be saying the same thing about Terror on the Prairie 40 years from now? Time will tell. 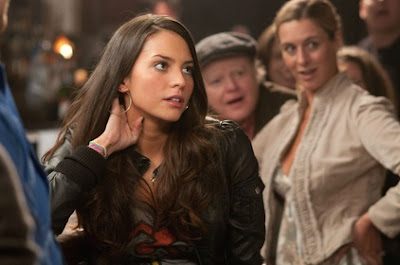 Patrick: Since we recently brought up how much we like her on the podcast, I thought it would be good to devote an evening to the cinema of Genesis Rodriguez. I was going to put Tusk in the second slot because she’s got that great one-take monologue, but Man on a Ledge is a better fit with The Last Stand because they’re both such good B action movies. These movies rule.

Adam: I love this double feature. I remember once we stumbled into an Amber Valetta double feature and this has the same energy. Genesis Rodriguez is great. I’ve been meaning to rewatch The Last Stand for years and pairing it with a first-time watch of Man on a Ledge is the best way to do that. This is the double feature that I would watch first.

Adam: This was the one I had the most trouble with. I originally had this as a “Richard Gere Movies John Travolta Turned Down” double but there weren't enough trailers. Then, I had it as Gere-Hector Elizondo collabs but not enough trailers. Then a Sex Worker Double but I dunno…I had that on the Calendar Show podcast a few years ago. I settled for the Paul Schrader angle. To be honest, this might be a cool double feature. I’ve never seen American Gigolo so this is a good opportunity to do so, and I can always rewatch 1982 Cat People.

Patrick: This is a great double and an inspired theme! You could totally squeeze in a trailer for The Canyons, too. I’m due for a revisit of American Gigolo (I think it’s on Prime?) and I like Cat People more every time I see it. I never think of myself as a Paul Schrader guy (he doesn’t make it easy) but I like so many of his movies.

Adam: The Canyons has been added. 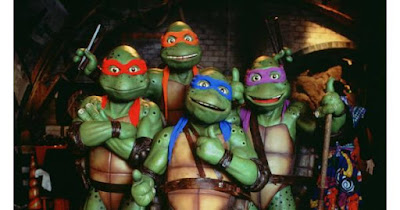 Adam: I like this double feature. It has a real The Flintstones/Jurassic Park vibe (a double feature I saw at the drive-in in 2020). You’ll feel like you really earned Back to the Future after sitting through TMNT III (which I’ve re-named Sick Turtles because the costumes make them all look like they’re dying). I like the trailers, especially because I can skip out during the Cannibal Holocaust one to get popcorn. RIP you poor turtle. I hope you curse Ruggero Deodato’s ass the fuck out in heaven.

Adam: This is the most “me” of the double features this month. Thirty years later, I think Carlito’s Way and especially In the Line of Fire are respected but still underrated. These are both exciting thrillers with big performances, so it should be a fun “Saturday Night Special” kind of night. The Chicago Film Critics Association had good taste that year.

Patrick: They did! I don’t think I’ve seen In the Line of Fire since its opening weekend, so I’m excited to revisit it in a theater. Carlito’s Way has its diehard fans, but I agree with you about it still being underappreciated. It was a weird time for De Palma and I feel like he was kind of written off between The Untouchables and Mission: Impossible but Carlito’s Way is such a good movie. You’re so much better at these double features than I am.

Adam: Not true.
Posted by Patrick Bromley at 5:00 AM