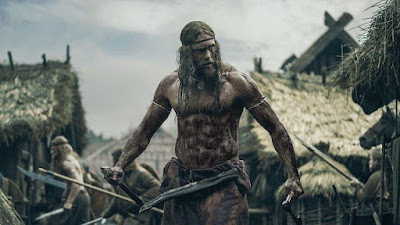 “You can’t just love something. You also have to take care of it.”

Honorable mentions:
The Fabelmans, The Unbearable Weight of Massive Talent, The Woman King, The Batman, Crimes of the Future

10. Glass Onion: A Knives Out Mystery 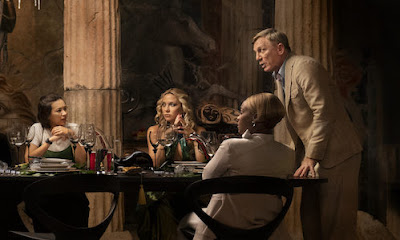 If Rian Johnson made one of these every four years or so, who says no? A different cast every time? Daniel Craig gets to be alternate universe Bond, but doesn’t have to carry the heft of the whole movie? This doesn’t need to turn into Johnson’s version of Avatar (i.e. a project that is so consuming that it takes the creator away from doing other things), but having a delightful mystery with lots of familiar faces and some sly commentary on the stupider things about the world after Thanksgiving sounds like so much fun. I am ready to pencil in the Knives Out series into the regular holiday rotation with Die Hard, It’s a Wonderful Life, and the Lord of the Rings movies. Make it happen, Netflix.

9. Everything Everywhere All at Once 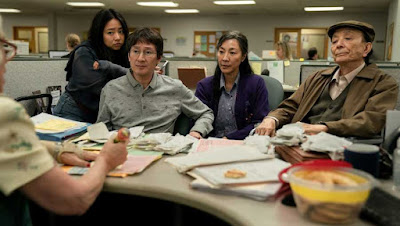 If there was a hypothetical second part of this movie’s title after a colon, it could have been A Millennial’s Understanding of the Apocalypse (I know, it’s too long). Directors Daniel Kwan and Daniel Scheinert (AKA Daniels) are themselves only in their 30s, but the voice of their movie reflects the hyperkinetic speed and amount of information that everyone struggles with now, particularly young people, who don’t have the advantage of experience to contextualize what they see. That struggle to grasp the overwhelming is at the center of why the daughter (Stephanie Hsu) feels like there’s no room for her in the world, and why her mother (Michelle Yeoh), with her own sense of being overwhelmed, cannot always give the attention that is needed to her daughter or her husband (Ke Huy Quan, deserving of mention). What will immediately get everyone’s attention is the flashy, messy visual palette, but what stayed with me is the quieter, considered viewpoint of what to do in the time we have in whatever universe we’re in. 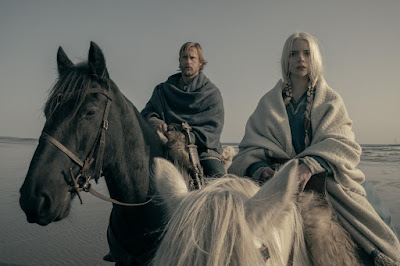 I said something similar about The Green Knight last year, which is that I appreciate movies that are rooted in some actual history but are so distant from our current day that it feels otherworldly and alien. Robert Eggers has a directorial penchant for the weird and off-putting, while skirting the line between the supernatural, fantasy, and thriller, and his voice suits the setting of a Viking princeling who simmers on his vengeance for years before taking his kingdom back with brutal force. They’ve disappeared now, but while watching this, I grew a full six-pack of abs and a beard. 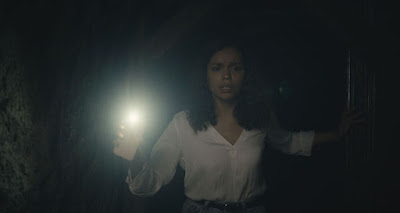 It took me, a coward, three nights to actually finish this. I cannot possibly imagine what watching this in a theater where you can’t really leave would have been like; I would have exploded in a cloud of anxiety sweat. Tension, darkness, and a strong hold of tone made for an incredible viewing experience, even if I had to stop every 20 minutes to give myself a breather at home. If you haven’t watched it yet, don’t read anything about it and just go see it. 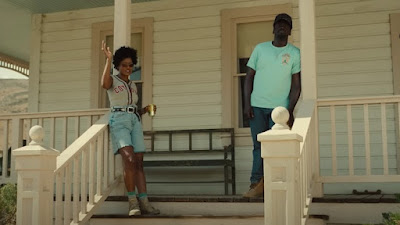 My favorite dynamic among the many in this story gets represented by OJ (Daniel Kaluuya) and his sister Emerald (Keke Palmer); one wants to maintain the status quo and maintain tradition, while the other feels like there’s a shorter way to success. Do you maintain your integrity and hope it pays off, or do you sell out for success as soon as you can? Even if you get the dream payoff, do you still get to do what you want afterward? This idea slowly trickles out from the siblings to start affecting the other characters as everybody positions themselves to take advantage of what seems like a once-in-a-lifetime opportunity, even with great personal danger. It’s the most disquieting idea in the movie, regardless of whatever threat there is in the clouds.

I’m forced to turn to the world of sports to seek comparisons that capture the uniqueness of what Tom Cruise does. Lionel Messi is being lauded for winning a World Cup at age 35. Tom Brady is the greatest quarterback of all time and still playing professional football at age 45. LeBron James is determined to play professional basketball until his son can enter the league in 2024. These athletes, who train themselves year-round to perfect their skills, and are at the end of their theoretical physical prime, are the only people who can match what Cruise is doing at age 60.

On top of that, Cruise has positioned himself as someone responsible for bringing back MoviesTM, like he’s the world’s Movie Dad who’s working extra hard to make sure all of us are having a perfect cinematic experience. You guys have enough snacks? Were there enough stunts? Are you guys having fun? And Maverick absolutely delivered on cinematic fun: big budget stuff where you can see the money on the screen, watching people do things that nobody else can do, being served up by somebody who puts his body on the line, just to entertain us. You, like me, might be tempted to ask, do we deserve it? But Cruise answers “of course you do; now have some more. Here’s a trailer for Dead Reckoning.”

4. The Banshees of Inisherin 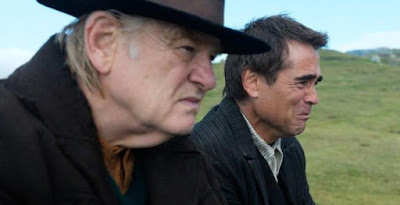 If Brendan Gleeson, Colin Farrell, and Martin McDonaugh working on a film set in Ireland wasn’t Irish enough for you, then maybe the Celtic ethos of blithely repressing the dullness of existing is more your glass of sherry. Don’t worry, there’s plenty of both. My favorite part of this movie is that even though it starts with a friendship that’s inexplicably stopped, we can see the point of both sides of the argument between Colm Sonny Larry and Pádraic, even if we don’t necessarily agree with either. Do you want to talk about your donkey? Or about your new piece of music? The movie seems to say that there’s room in life for both the low and the high, whatever you think that is. 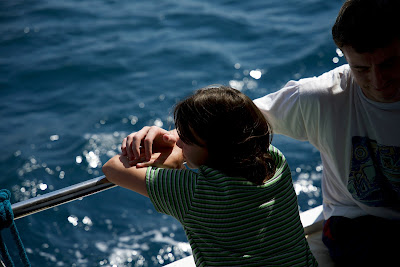 I don’t have a real problem with The Fabelmans; I enjoyed it, and it just barely missed making this list. But, my small quibble is that if it wasn’t about Steven Spielberg, then would we care about the movie as much? The Fabelmans is interesting on multiple levels as an autobiography, as a hagiography, and as a decoder ring for America’s greatest living director, but that sort of meaning-making worked better outside of the movie, rather than inside of it. If anybody has the right to make this sort of movie, it’s Spielberg, but the meta-textual part of it kept me at a distance, rather than drawing me in.

I only bring up The Fabelmans because I realize now that I was sort of hoping that it would have been what Aftersun ended up being; an adult putting together memories from childhood to make sense of life now. First time director Charlotte Wells (who deserves a mention) tells a story loosely based on her life about a woman looking back into her childhood, trying to pinpoint something about her father, perhaps to understand something about herself as an adult. It’s not really a mystery to be solved, but more of a rumination, a cinematic equivalent of shuffling through old photographs and home movies to resurrect memories.

Maybe the most fair way to treat both of these movies is to pair them together on this list; I can see myself in a few years time coming around to understanding that these movies are different sides of the same idea. If 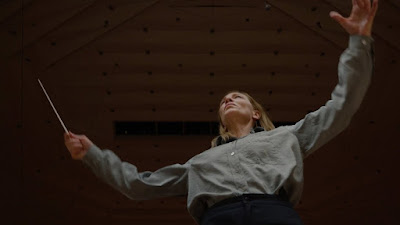 Part of the appeal of music is that it still connects us back to a purity in artistry. There is still a level of enjoyment to it before we remember that maybe several songwriters wrote the lyrics for the singer, or that an algorithm programmed this specific melody, or that millions of dollars were spent on getting the song in front of us to hear it. We all live with things not being as purely motivated as we want them to be; Tár asks the question of how much contamination of that motivation are we willing to tolerate? Lydia Tár (Cate Blanchett) is a sharp-tongued, fastidious but flawed genius conductor at the absolute top of her world, but, bit by bit, the bridges she’s burned as fuel to create her persona are slowly returning to her life. 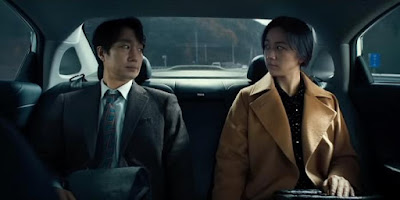 Director Park Chan-wook has made his reputation on lavishly filling the frame with sumptuous detail, which reflected the maximalist intensity of feeling his stories explored, whether heights or depths of humanity. However, in interviews about Decision to Leave, Park has mentioned giving himself the challenge of making a movie that didn’t have particularly violent or sexual scenes, and that restraint has turned into a slow boiling, exquisite noir-near-romance. A detective (Park Hae-Il), a gentlemanly, tidy sort, and an enticing murder suspect (Tang Wei) get entwined by their mutual loneliness, but still knowing that they cannot be together, so the film results in a series of departures of one character from the other, until we culminate in one of the best endings of the year.

Glaring omissions:
All the Beauty and the Bloodshed, Avatar: The Way of Water, EO, The Eternal Daughter, RRR
Posted by Patrick Bromley at 5:00 AM

Email ThisBlogThis!Share to TwitterShare to FacebookShare to Pinterest
Labels: 2022 movies, best of 2022, nope, tar, the banshees of inisherin, the northman