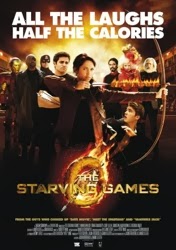 Though it wasn't originally designed this way, our semi-regular "I'll Watch Anything" feature tends to be a bit of a dare -- we watch movies with terrible reputations and try to report our honest reactions. Any time I've written one of these in the past, I've tried to find something good to say about film in question, whether it was Cool as Ice or Super Mario Bros. While I may be approaching movies known for being the worst, I go in with an open mind and attempt to find the positive. There's no point in watching movies or talking about movies if your only goal is to take a shit on them.

But Jason Friedberg and Aaron Seltzer have broken me.

You know who they are even if you don't know their names. After making "names" for themselves as two of the six writers on the original Scary Movie (where they were rewritten by the Wayans family, who I'm assuming are responsible for any of the jokes that worked), the pair went on to direct some of the worst and most hated movies of the 2000s: Date Movie, Epic Movie, Disaster Movie, Meet the Spartans, Vampires Suck. Seeing a pattern? They started out doing Scary Movie-esque "genre" parodies before realizing that was too hard and began to just parody single films. 300 becomes Meet the Spartans; Twilight becomes Vampires Suck.

I will give you a million dollars if you can't figure out what movie they are parodying with last year's The Starving Games. I will also ask that you be euthanized.

The Starving Games. THE FUCKING STARVING GAMES. Because what's another word for "Hunger?" Please believe that I'm not being hyperbolic when I say that I am positive I wrote funnier shit when I was 8 years old. And I was a pretty stupid 8 year old.

Friedberg and Seltzer have a simple formula for comedy: follow the plot of an existing property, then have characters from other movies or pop culture show up and then get hurt. Repeat.

Here's an example. Actually, here are, like, seven examples:

To their credit -- and this is one of two times I will say anything remotely positive about them or this film in this piece -- they don't do AS MUCH of that bullshit in The Hunger Games. The instance where they do indulge these instincts are just as lazy and shitty as ever, but there is less of it. What it has been replaced with isn't necessarily any funner, but at least there is LESS OF IT.

It happens right up front. We see the Katniss Everdeen character (played by Maiara Walsh and now named Kantmiss Evershot, because everyone in the movie is named like a MAD Magazine spoof) out hunting in the woods. She aims her bow at the sky. Cut to a James Franco lookalike standing in a hot air balloon and saying "I'm the great and powerful Oz!" He then gets hit with Kantmiss' arrow and dies. That's the joke. There is no commentary on Sam Raimi's Oz movie nor on Franco's performance. The joke appears to be that Oz the Great and Powerful is a thing. 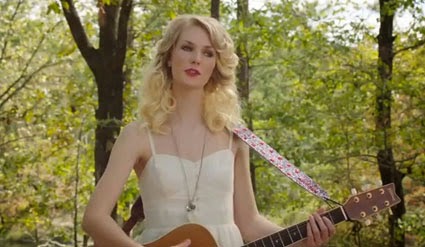 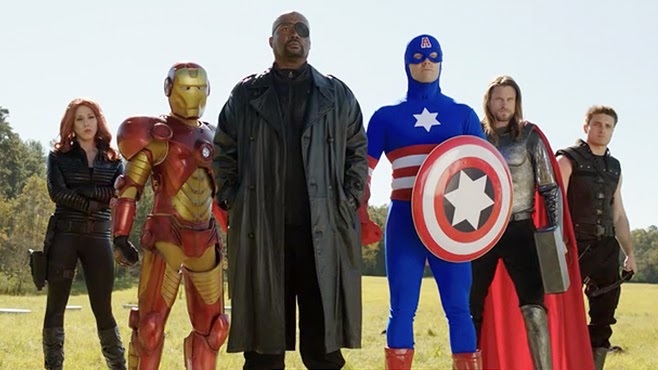 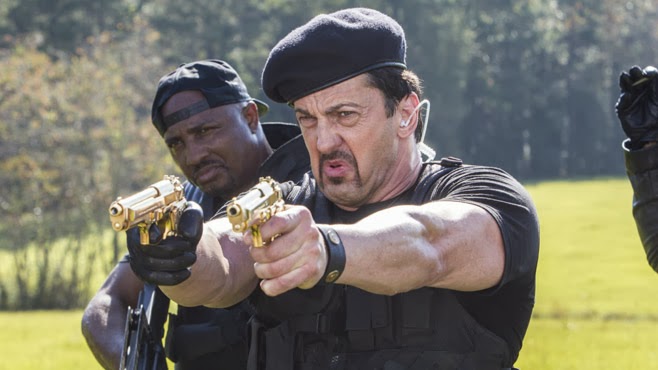 That "joke" comes up again. Celebrity impersonators show up at random so that mouth breathers can say "I know who that is supposed to be." Taylor Swift is a person and Psy is a person and LMFAO is a thing and Avatar is a thing and The Expendables is a thing and The Avengers is a thing and Angry Birds is a thing and that's it. THAT IS THE JOKE. Of course most of those cameos from other properties end with the characters being hurt or killed. I want to understand the psychology behind this. In the Paris Hilton example above, I guess I get it? Like, if you're taking the temperature of the country, maybe most people don't like or are sick of Paris Hilton and so they find amusement in seeing her taken down a peg. And maybe that's true of the Angry Birds "joke" in The Starving Games; we (as a culture) are tired of Angry Birds, so Kantmiss shooting one with an arrow is an extension of our desire to see them brought to an end. It's not funny at all, but I suppose I understand the thinking. That breaks down pretty quickly, though, when you realize that Friedberg and Seltzer take this approach to ALL of pop culture. No one is looking to see the piss taken out of the cast of The Expendables; the reference is there because the The Expendables 2 was out while they were shooting The Starving Games and it makes the movie seem "current" or "relevant."

But there is something more insidious going on, too, because as the two "filmmakers" systematically wipe out all of popular culture, they are leaving only themselves atop the pile of bodies. Are they suggesting that they are superior to the art that they are killing off? What will we be left with when they have destroyed all of pop culture? Friedberg and Seltzer movies? That's a problem, not only because they are fantastically shitty but because they don't exist without all the other stuff. Better art needs to exist just so they have something to punch in the balls.


Like I said, there are fewer references in The Starving Games. In their place is a lot of people getting hurt. This is the extent of the movie's "comedy."
Listen, all film is subjective. Something I love is hated by someone else, and a movie that everyone shits on has a group of passionate, devoted fans. Comedy is even more subjective; as the great Gene Siskel once said, there is no point arguing about what is sexy and what is funny. Siskel wasn't talking about The Starving Games. We can argue about whether or not it is funny. If you think it is, I have won the argument.

But I am not a comedy snob. I may have specific ideas about what I think is funny, but I am never above laughing at someone falling down. Just ask my wife, who has seen me embarrass myself on more than one occasion laughing far too hard at some dumb pratfall. Physical comedy can be just as funny as anything else -- just ask Buster fucking Keaton -- but seeing one character throw a bottle and then cutting to a random waitress being knocked out by that bottle is not physical comedy. It is mean spirited and it is lazy beyond comprehension. It is also the only kind of joke this movie makes. 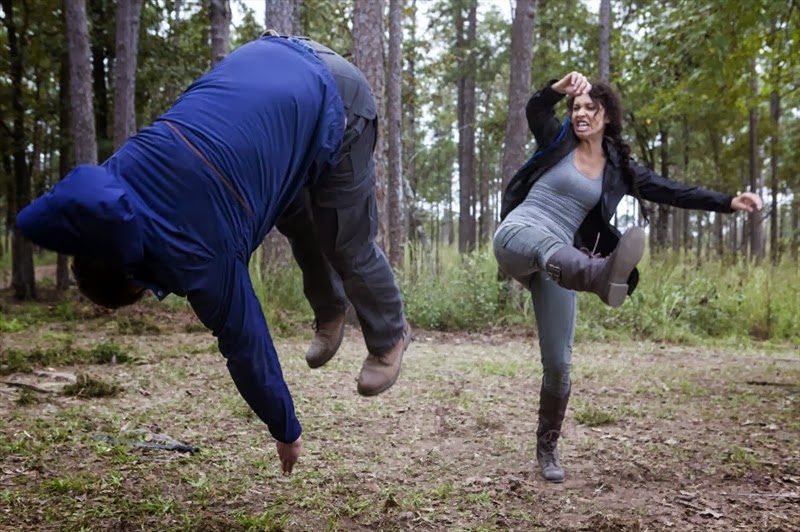 Wait, that's not entirely true. Fair is fair. There is one funny joke in the movie. At one point late in the film, Peter (not Peeta) camouflages himself in the woods by using his skills as a cake decorator. But whereas in the original Hunger Games Peeta does an INCREDIBLE job covering up with mud, leaves and sticks to completely blend in to the wilderness (a moment that works much better on the page than when visualized on film and one which Doug and I continue to complain about), The Starving Games' Peter hides inside an enormous pink birthday cake.

Why is this funny? Because a) it's an amusing sight gag to see a giant pink cake in the woods and b) it actually comments on something from the original source material. It's the ONE moment in all of The Starving Games that seems to take a position on Suzanne Collins' writing and say "Yes, that was stupid, so let's make it really, really stupid and silly." This isn't present anywhere else in the movie. The "filmmakers" don't have anything to say about The Hunger Games or its popularity. It's not even like a band performing a cover song, because at least that band (presumably) interprets the song in some way, filters it through their style and puts their own stamp on it. The Starving Games is like a band playing a cover song but stopping every once in a while to get hit by a car.

So why did I even watch the film to begin with? The most obvious answer is that it was easy: it's on Netflix Instant now, and I suspected I could get a column out of it. The trickier answer is that I wanted to check back in with two "filmmakers" I had written off as being the worst. I actually saw their first few movies and, not surprisingly, did not like them. But it's not fair that I just assume they would always be the worst and continue to call them shitty without ever seeing what they are up to now. It works in reverse, too: I wouldn't want someone to see The Ward and on the basis of just that film write off John Carpenter on the basis of one movie. 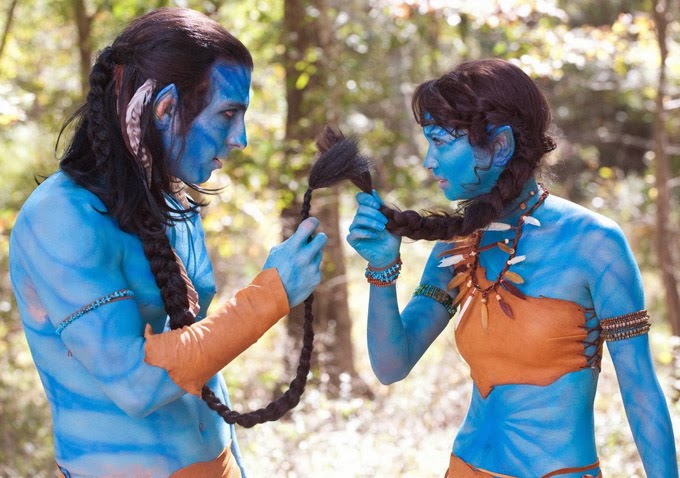 It looks like (hopefully) the audiences for these films is drying up. Maybe they're getting wise to how shitty they are. Maybe Darwinism works and the audience is dying off while grilling in the garage. Both The Hunger Games and their latest movie Best Night Ever (a found footage comedy that, from what I can tell, isn't a parody of an existing property which suggests a step forward; their next, Superfast, is another bullshit parody of the Fast & Furious franchise, so fuck steps forward) received a very limited theatrical release and mostly played on VOD. There is still an audience -- Friedberg and Seltzer have directed eight films, and no one is given that many opportunities without finding any success.

Truly terrible movies like this exist. I have been taken to task for suggesting on our Best of 2013 podcast that no one should be calling Man of Steel one of the worst movies of the year. I know lots of people love that movie. I am not one, but I can't bring myself to suggest that it's one of the worst films that came out in 2013 -- not when something like The Starving Games exists. It's like complaining about having a head cold while the world burns outside. There is bad and there is FUCKING BAD.

So what good can be taken away? Literally as I'm writing this, I'm listening to the great Film Crit Hulk being interviewed on the Out of the Blue podcast and he's retelling his Quentin Tarantino/"Never hate a movie" story and making me feel bad for how I reacted to The Starving Games. Can we take something away from this? If we can start a discussion about something -- anything, whether it's cynicism or what's funny and what isn't or how many chances we should give a filmmaker before giving up (if ever) -- then something good can come from this.

Don't let my sacrifice be in vain, F-Heads. Live to tell the story.
Posted by Patrick Bromley at 12:04 PM