Looking Back at A Perfect World 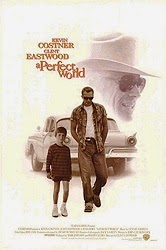 The most underrated movie of 1993.

Sometimes you watch a movie and forget about it shortly thereafter. Then there are movies that glue themselves to your heart, mind and soul. For me, A Perfect World is one of those movies. Before this past weekend, I had not seen this powerful movie since probably the mid-'90s (I owned the DVD but the shrink wrap was still on the case) but my memory of it was something I did not have too much trouble recalling. It’s a great movie that was overlooked in its initial release and has been largely forgotten in subsequent years since. I want to champion it.

It’s a drama about an escaped convict named Butch Haynes (Kevin Costner) who kidnaps a young boy (T.J. Lowther) to whom he becomes something of a father figure. In pursuit is a Texas Ranger, Red Garrett (Clint Eastwood) who is assisted by a young criminologist, Sally Gerber (Laura Dern, never hotter than in this movie). 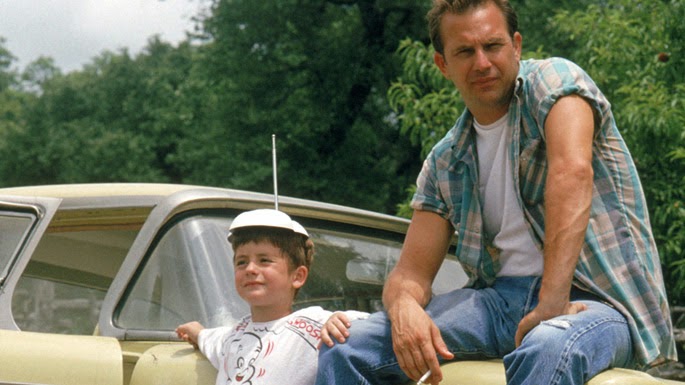 The response to the movie back in November of 1993 was somewhat surprising. It starred Kevin Costner, one of the most bankable stars in Hollywood at the time, who was coming off of a string of recent hits including Dances with Wolves, JFK, Robin Hood: Prince of Thieves and The Bodyguard. It also starred and was directed by Clint Eastwood, who had just come off recent critical and commercials hits like Unforgiven and In the Line of Fire (another very strong movie from 1993). Despite strong reviews, star power and a plum Thanksgiving weekend release date, A Perfect World did not catch on at the U.S. box office. It would later go on to turn a profit, but much of its grosses were made internationally. Since then, the movie is discussed every once in a while but often ignored, especially when considering director Eastwood’s filmography. I’m a big fan of Unforgiven, but this might be his best movie as a director. It’s from the days when he seemed to be more invested in the stories he was telling both from an emotional and technical standpoint. For example, in 2015 Eastwood is rightfully getting all kinds of flak for using an obviously fake baby in American Sniper. In A Perfect World, Eastwood cared enough to make sure the cars had vehicle registration stickers with the correct years for the time in which the movie is set. Giving a shit looks good on him.

But I digress. I don’t want to spend any more time harping on Eastwood’s recent output (some of which, let’s not kid ourselves, is good). Instead, let’s talk about why A Perfect World is so great. First and foremost, it’s the two main characters. They are allowed to be more than one thing. There is a lot of gray area involved. The “bad guy” is shown as capable of providing the love of a father and acting as an innocent boy’s protector, while the “good guy” is portrayed as a man who despite his best intentions is at least partly responsible for the creation of a criminal. And both men wear their angst like weights around their ankles. They verbally (and non-verbally) consider the consequences of their actions. This movie is not just about behavior, but rather the psychology involved in that behavior. Credit goes to screenwriter John Lee Hancock (who would later go on to direct The Rookie and The Fucking Blind Side). Writing A Perfect World, in my opinion, is by far his best work. There’s a line that closes the movie that sums its players up perfectly. One of them says “I don’t know nothing. Not one damn thing.” It’s a movie that is comfortable with ambiguity. 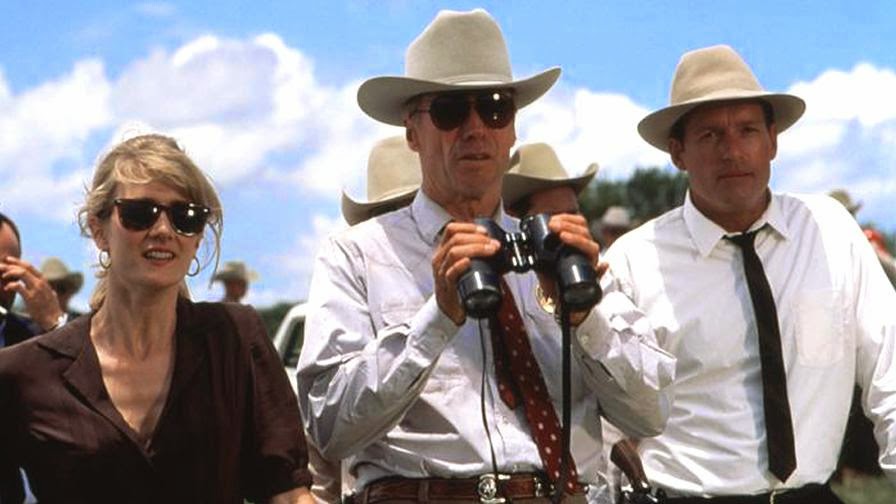 But none of that would matter if the performances weren’t a match to the script, which they are. There is exceptional work done all around. This is probably my favorite Kevin Costner performance. It’s amazing and combines everything that he is good at. Butch is charming and sincere but also combustible and dangerous. It should also be noted that the actor is great when working off of child actors (more evidence of this is in the recent Black or White). In A Perfect World, the majority of Costner’s scenes are with young T.J. Lowther and the two have such great chemistry together that you, as an audience member, almost develop your own Stockholm Syndrome and dread when the two will eventually have to go their separate ways. Lowther gives a performance that is probably informed mostly by inexperience (he doesn’t play like a rehearsed child actor) but he has a very expressive face and you can tell that the character (as well as the actor) gains a lot of self-confidence as a result of the journey he is taking with the Costner character.

Along with Unforgiven, this movie is very interesting when considering Clint Eastwood and what he represents as an actor. It’s as if these roles are being used to debunk the Eastwood mystique -- that larger-than-life, gruff personality on-screen that Eastwood is so well-known for. Here, the Eastwood character is at first his usual on-screen persona, but the Laura Dern character calls him on his bullshit early on in a great exchange of dialogue (where she ends by calling him a “hillbilly Sherlock Holmes”). It’s great writing that opens up a whole other trajectory for what seemed to be a stock character out of Eastwood’s gallery. 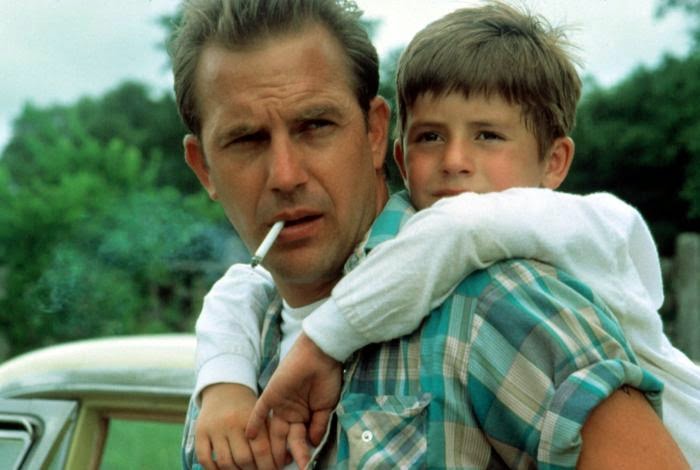 While A Perfect World could have easily been a standard chase movie about a manhunt, it’s consideration of its themes elevate it to greatness. In short, the movie is a warning about violence; violence against children in particular. It is bluntly saying that if you beat your children or act violently towards them emotionally, then you are scarring them for life and they might wind up as violent criminals themselves later on. There is a great scene late in the movie, which sets off the events of the final act and put this message into focus. It’s a sequence where Costner and the young boy are taken in for the night by a farmer and his family. It’s an extended series of scenes that are unforgettable and illustrate why this is such an important movie. A Perfect World has something very worthwhile to say about violence and encourages you to think about these issues.

Also worth noting are some of the terrific technical aspects of the production, including its artful use of color (something Eastwood has sadly jettisoned as of late) and location work, its patient pacing (the final standoff sequence is over 20 minutes long and is mostly talking) and its sad, wistful score by frequent Eastwood composer Lennie Niehaus. There’s one song in particular called “Big Fran’s Baby” that becomes the soul of the movie.

Warner Bros. was on fire back in the early to mid-'90s, producing and distributing adult dramas of power and longevity including (but not limited to) Goodfellas, Dogfight, JFK, Malcolm X, Unforgiven and Natural Born Killers. A Perfect World doesn’t get the press of some of those classics but deserves a place at their table. If you haven’t seen it, I strongly recommend you do so.
Posted by Patrick Bromley at 12:00 PM