24 Hours of Movies: I Heart NY 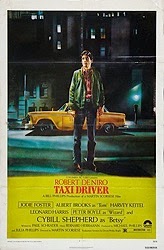 The city that doesn't sleep! Neither will I! Because I will be watching movies all night.

For the next in my month-long series of hypothetical 24-hour movie marathons, I'm focusing on New York movies. I have never been to New York, but I have very specific ideas about what a New York movie should feel like. I suspect I get these ideas from other New York movies.

This marathon theme was suggested by my beautiful wife Erika, who probably didn't know I was serious when I asked her to throw out an idea and who has attended nearly every marathon I've ever programmed. If I was really going to do this one, I wouldn't ask her to stay for all of it. She would never forgive me for Fulci. 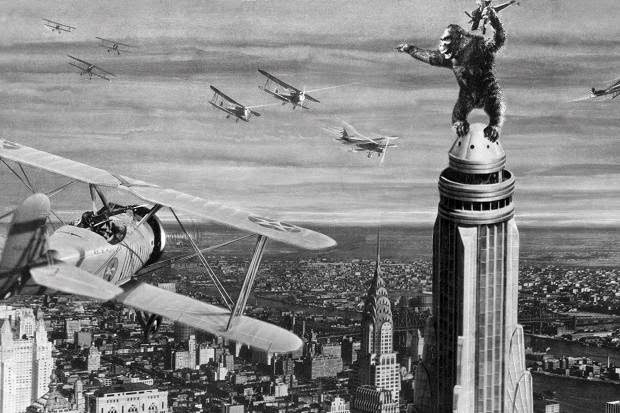 10 a.m. - King Kong (1933, dir. Merian C. Cooper/Ernest B. Schoedsack) Let's start things off right. While it's only the last act of King Kong that actually takes place in New York, there are few movies more closely associated with the Big Apple than this one. Kong's last stand atop the Empire State Building is simply that iconic. There's so much fun and excitement and creativity in this movie -- which really is one of the best movies ever made -- that you'll start the marathon feeling like you can do anything. Spoilers: they won't all be this good. 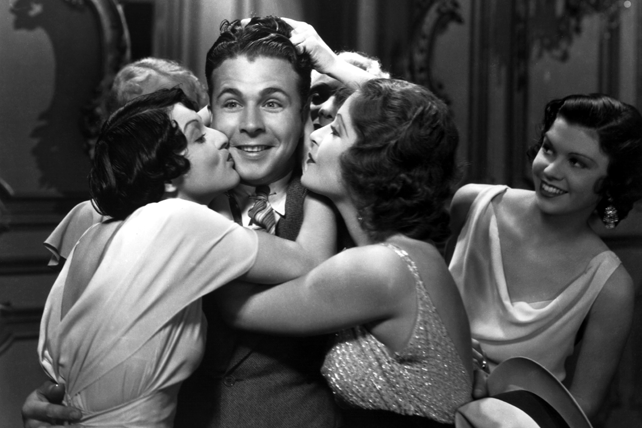 Noon - 42nd Street (1933, dir. Lloyd Bacon/Busby Berkeley) I've never seen this one, but it's Erika's favorite musical of all time (she has danced in it a couple of times) and since this marathon theme was her pick I thought I should include it. Not only is it a great excuse to watch a classic that I've never seen, but it's also the first musical I've programmed into one of these hypothetical marathons. Lots of Busby Berkeley production numbers to keep the energy up coming off of King Kong. These 24 hours are going to fly by. 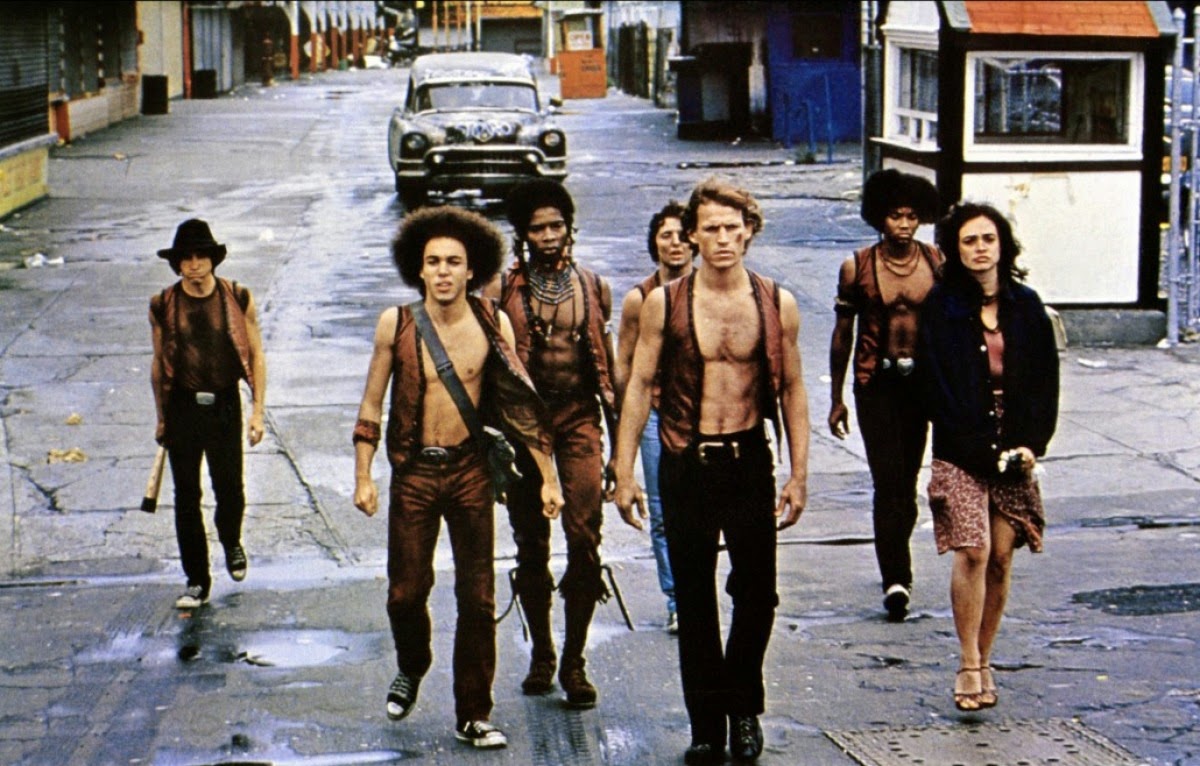 1:30 p.m. - The Warriors (1979, dir. Walter Hill) Holy shit this is a good one so far. We've spent three hours watching old black and white classics; now it's time to watch a CLASSIC. Walter Hill's epic, in which a pseudo-futuristic street gang must survive the night in New York and make it back to their home turf, seems to only get better with age. I love is more every time I see it, and it's the first (not the last) film in the lineup to portray New York as a dangerous place lousy with violence...giant apes notwithstanding. If it's at all possible, watch the theatrical cut and not Hill's weird "director's cut" (complete with comic book panel transitions, because if only such a thing had been possible in 1979!), which is the only version available on Blu-ray. 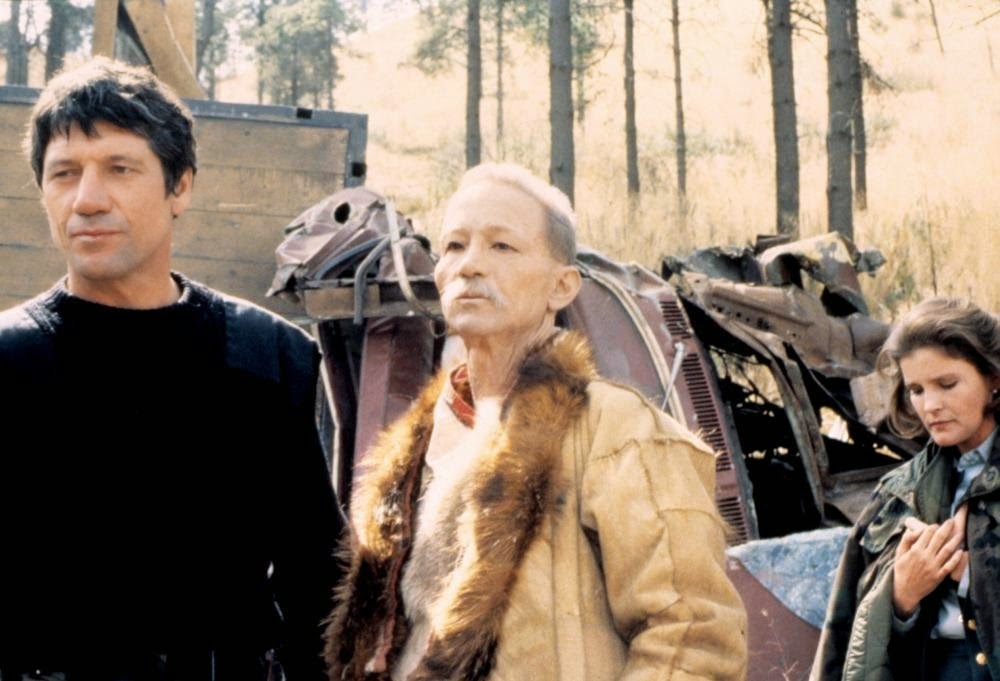 3 p.m. - Remo Williams: The Adventure Begins (1985, dir. Guy Hamilton) It's been years since I last saw this movie, one of the better and more underrated action adventure films of the '80s. The first and last attempt to turn Warren Murphy and Richard Sapir's Destroyer series of books into a film, Remo Williams offers the great Fred Ward as a kind of street level James Bond (a connection made even more obvious by the presence of Guy Hamilton in the director's chair). The most famous set piece in the movie -- featured prominently in the original poster art -- involves Remo climbing the Statue of Liberty; the rest of the film is a lot of fun, too, and overdue for a major reconsideration. I would feel better about really liking this one if the filmmakers hadn't decided to cast Joel Grey as an old Korean man, burying him under makeup to turn him Asian (makeup which received an Oscar nomination, actually). Were all the actual Asians busy? A Blu-ray exists of the film in the UK; hopefully one of the US companies picking up MGM's catalogue (like Kino Lorber or Shout! Factory) will release one here. 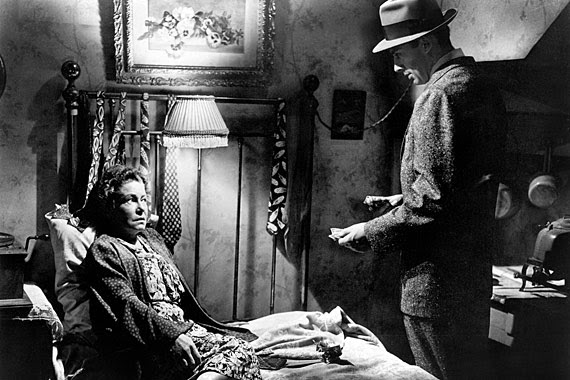 5 p.m. - Pickup on South Street (1953, dir. Sam Fuller) This is one of the best film noirs ever made. I first saw it about 10 years ago and knew nothing about it going in. The movie knocked me on my ass. Richard Widmark, giving one of the most despicable hero performances of all time, plays a two-bit pickpocket who gets caught up in an international incident when he accidentally steals a top secret government microfilm. Thelma Ritter steals the movie as Widmark's friend, the saddest police informant of all time. Sam Fuller only knew how to make movies that felt dangerous and ballsy; Pickup on South Street is one of his best. It's a real punch in the stomach. 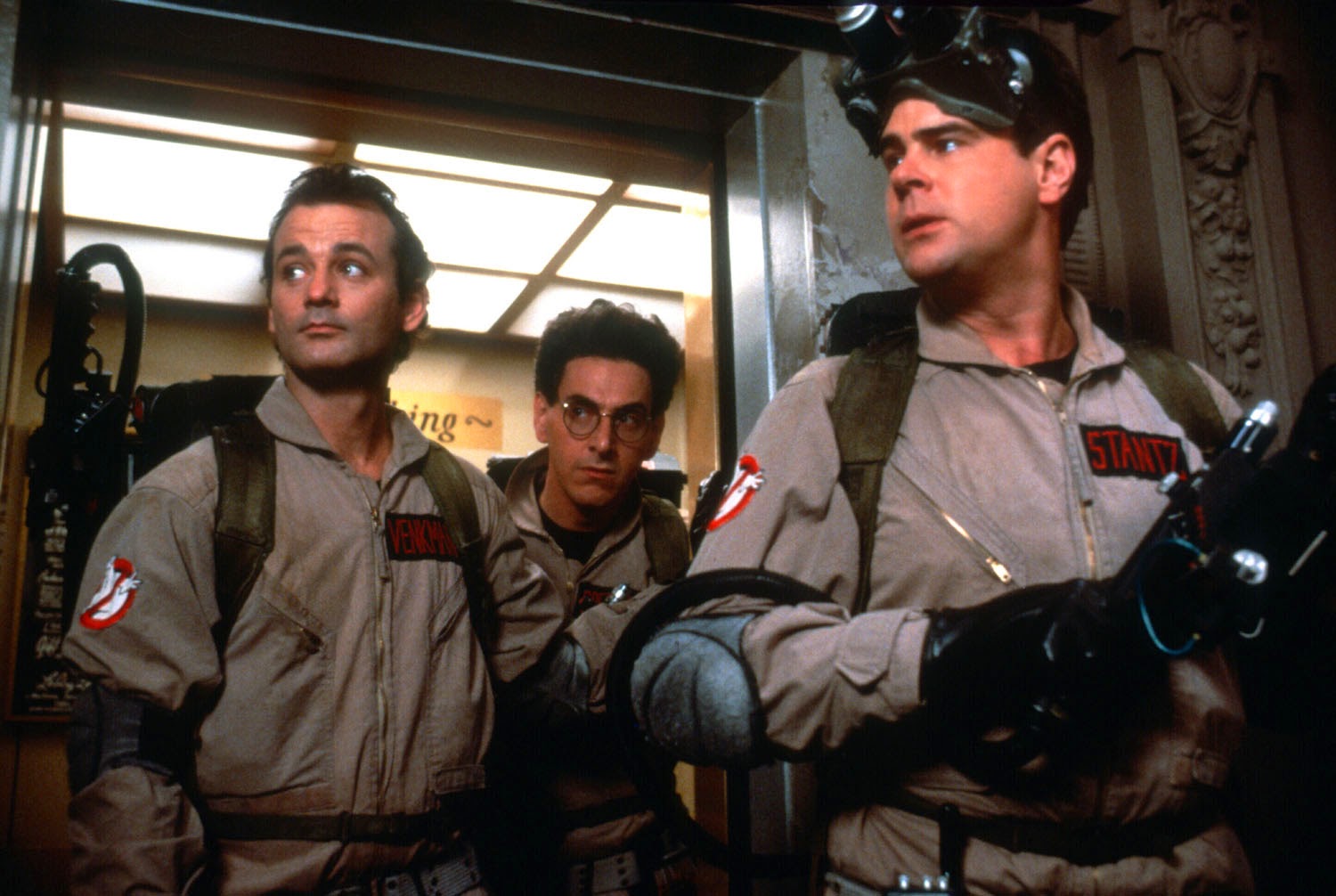 6:30 p.m. - Ghostbusters (1984, dir. Ivan Reitman) Besides being one of my favorite comedies and one of the only good special effects comedies ever made (as well as being one of the most quotable films of all time), Ghostbusters is a great New York movie. Every inch of every frame is informed by its setting, from the architecture to the politics to the overall spirit of the city. You know those annoying actors or directors who say things like "New York is like another character in the movie?" (This is something David Wain mocked mercilessly when he introduced They Came Together at Chicago's Music Box Theatre last spring.) Well, New York really is like another character in Ghostbusters. At this point in the marathon it's always important to go with a crowdpleaser; even if you're watching these all by yourself, it ensures that you're totally entertained and helps you feel connected to the outside world in a way that many of these other movies won't. Dogs and cats, living together. 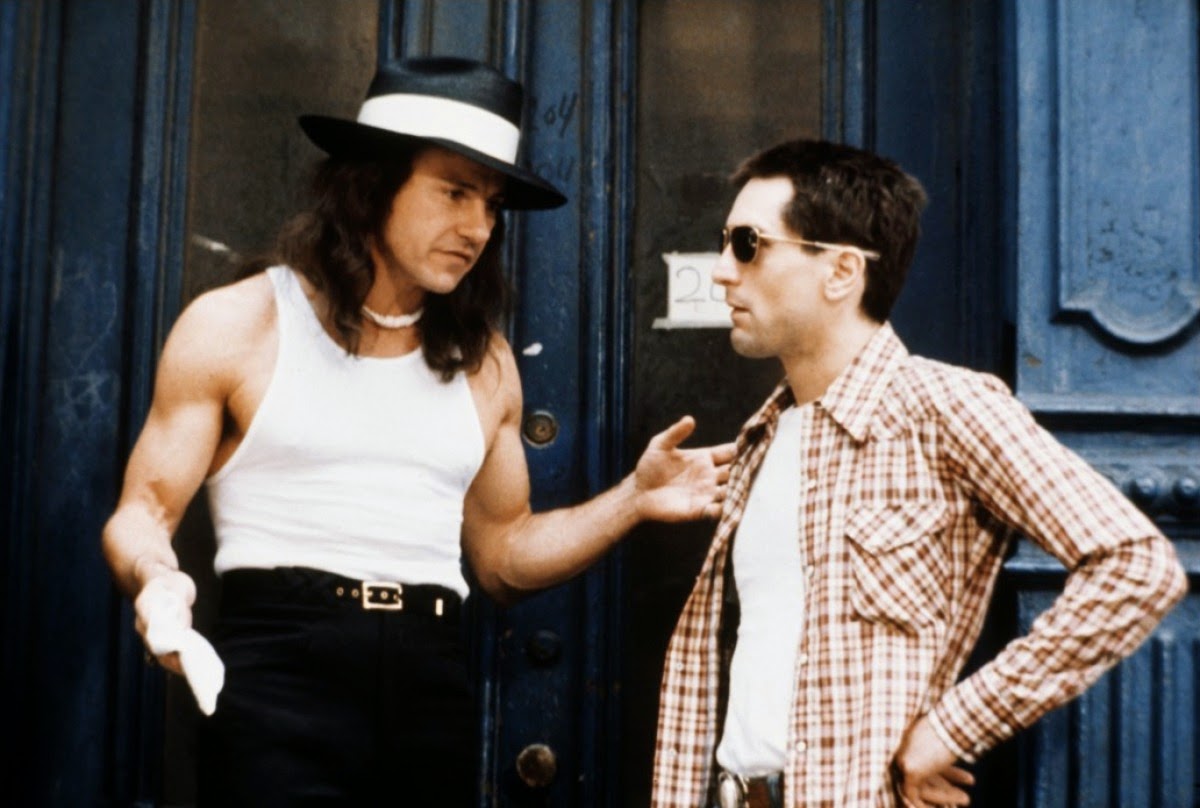 8:30 p.m. - Taxi Driver (1976, dir. Martin Scorsese) You couldn't possibly do a New York movie marathon without at least one Scorsese, though choosing the right one presents a challenge. I thought about New York, New York (because I still haven't seen it), but that doesn't seem to have the right energy going into nighttime stretch. Instead I'll go with what I still think is my favorite Scorsese movie, an oppressively sad and dark and violent portrait of loneliness set against the seedier side of NYC. Like with Ghostbusters, the city plays such a huge role in Taxi Driver that the movie wouldn't exist without it. I love, love, love this movie, but it's not something I can watch very often. Might as well make it a special occasion like this. 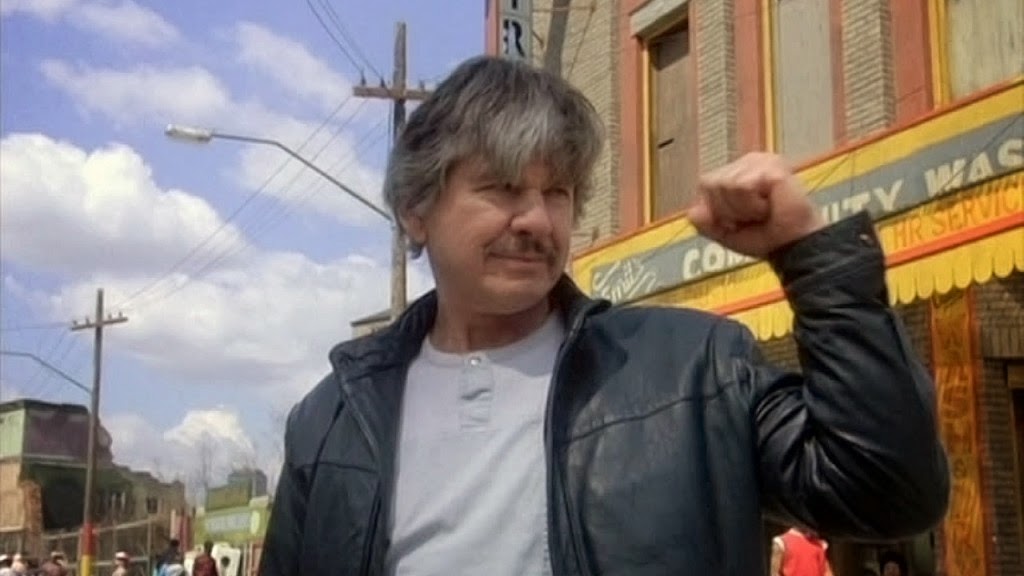 10:30 p.m. - Death Wish 3 (1985, dir. Michael Winner) After the dark night of the soul that is Taxi Driver, we need to come up for air. What better way to do it than with some '80s Cannon insanity? My love of this movie is well documented on this site, so programming it is a no-brainer. It's one of many movies (most of which were made by Cannon) that presents '80s New York as a terrifying war zone in which gangs want to mug, rape and kill you at every corner. The only solution is a geriatric Charles Bronson and his unique brand of indifferent revenge. Death Wish 3 will blow the doors off the place and reenergize you for the night ahead. #RIPTheGiggler 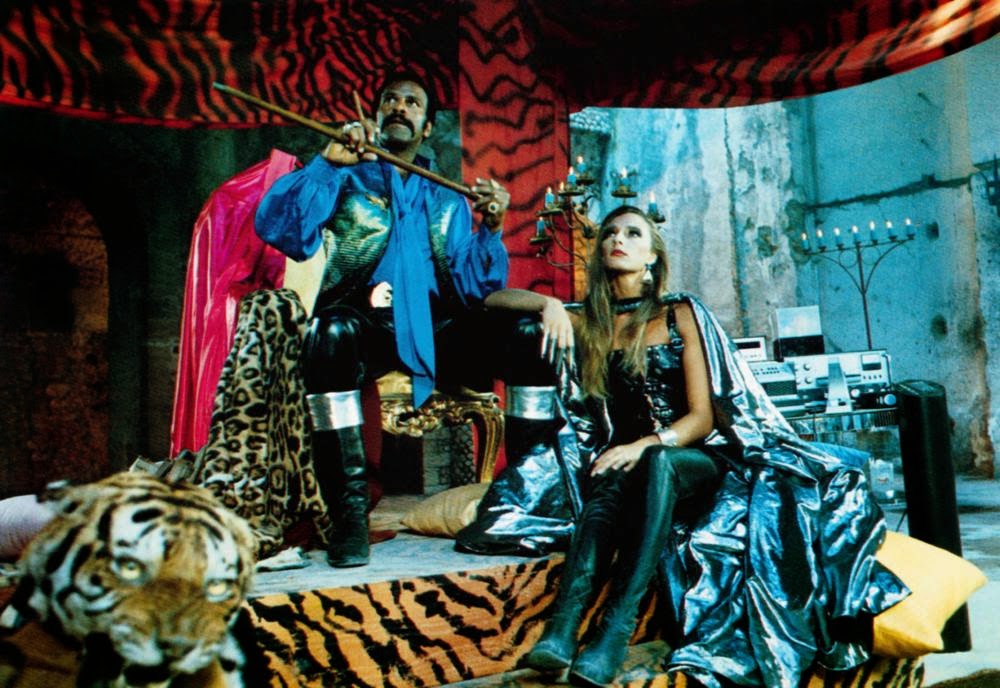 12:30 a.m. - 1990: The Bronx Warriors (1982, dir. Enzo Castellari) Obviously John Carpenter's Escape from New York would be an ideal choice for this lineup, but I already used it in a previous marathon and would prefer not to repeat picks. So instead I'll just go with the Italian knock-off, which I have never seen (nor its sequel, 1983's Escape from the Bronx). The above picture tells me everything I need to know to want to see it, but then so does "Italian rip-off of Escape from New York." Hell, they had me at Enzo Castellari. 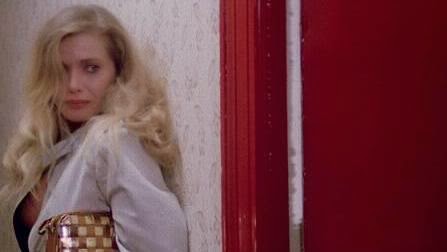 2 a.m. - The New York Ripper (1982, dir. Lucio Fulci) Yes, we've already watched one weird Italian exploitation movie and met our quota for the marathon, but I couldn't let a New York movie marathon go by without programming this repellent bit of insanity from the reigning champ of the 2 a.m. slot, Lucio Fulci. For a guy who built a career on making sleazy, nonsensical, shockingly gory and misogynistic horror movies, this one outdoes them all. If you're doing the marathon with friends and you want them to leave, this is the movie that will clear them out. It's not a good sign when I couldn't even find an image to run with this list that wasn't nightmarishly offensive or disgusting. My affection for it is indefensible, except to say that I admire how fucking nuts it's willing to get (the killer talks in a DUCK VOICE for the entire movie) and the way it offers a glimpse at the seedy 42nd Street New York of the '80s. It's a time capsule as much as anything else, and lets me live in a time and place I only know about through movies like this one. 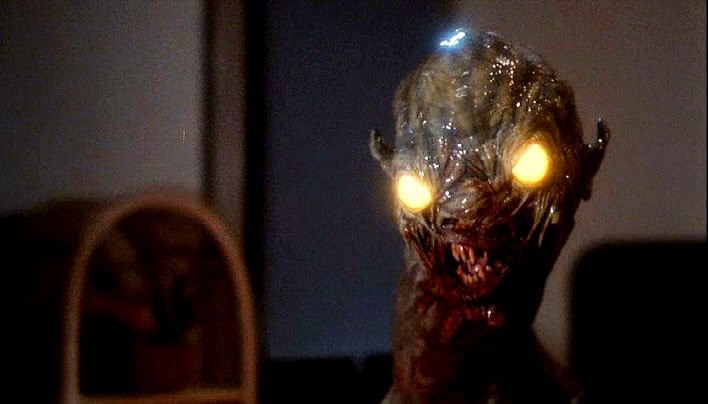 3:30 a.m - C.H.U.D. (1984, dir. Douglas Cheek) Gotta have something fun coming off of The New York Ripper, but also something that has the craziness of an overnight pick. Because this carries over the same sleazy, scuzzy '80 New York aesthetic of Ripper, the transition won't be too jarring. John Heard plays a photographer who discovers that homeless people are being mutated by toxic waste and turned into C.H.U.D. -- Cannibalistic Humanoid Underground Dwellers. It's exactly the movie it sounds like, with a sense of self-awareness that doesn't turn too campy or comic. Plus, what's a marathon of New York movies without some sewers, homeless people and toxic waste? 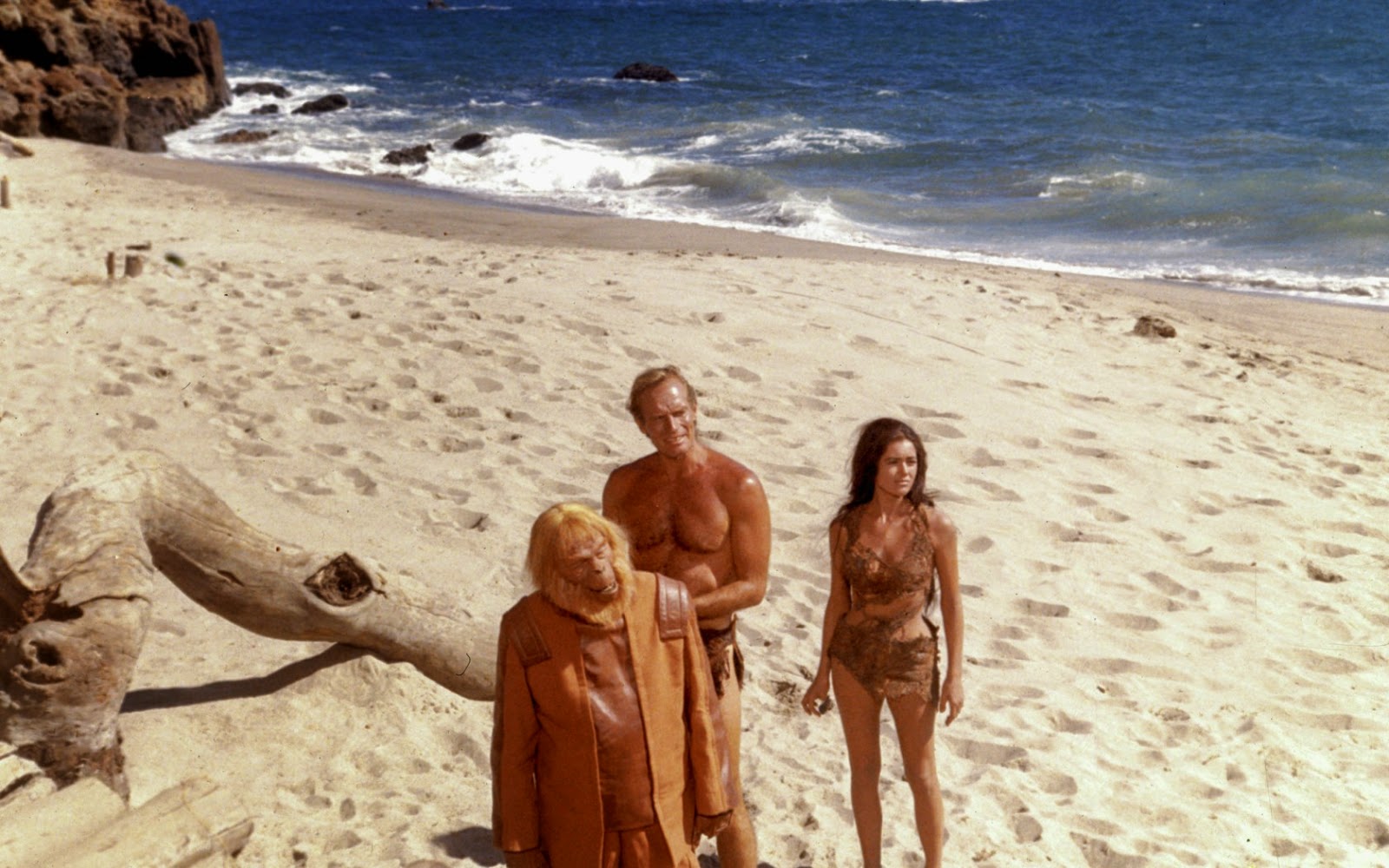 5 a.m. - Planet of the Apes (1968, dir. Franklin J. Schaffner) Let us re-enter the land of the living a different place from that which we left. While the connection to New York is tenuous (it's not really revealed until the famous final shot), plugging in Planet of the Apes helps to stretch the parameters so that not every movie feels the same. No need to praise the movie; it's a classic for a reason. While some of its sequels are a bit weirder and more ambitious, this one is right for this time slot and its ties to NYC are iconic in a way that Beneath the Planet of the Apes' aren't. I feel really good about this pick in this spot. 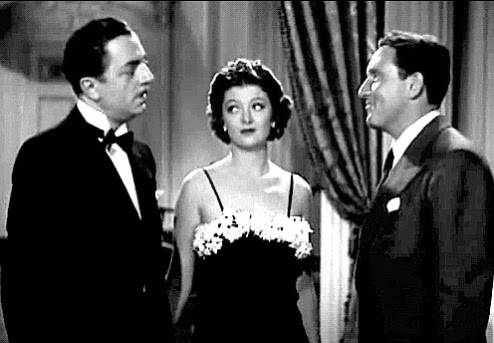 7 a.m. - Libeled Lady (1936, dir. Jack Conway) I'm trying to shake things up a little with this marathon and program it a bit differently than the others, so let's drop in a screwball classic first thing in the morning. Though it was successful back in '36 and even nominated for Best Picture, this isn't a movie that gets talked about a whole lot anymore. I have no idea why. It re-teams The Thin Man stars William Powell and Myrna Loy (along with Spencer Tracy and Jean Harlow) in a romantic comedy that's quick and surprising (and takes place in New York, of course). While I'm less enamored with the Tracy/Harlow subplot, I could watch the scenes of Powell and Loy all day long. This one manages to be underrated despite receiving an Oscar nomination and starring four beloved actors from classic Hollywood. It will be the perfect ray of sunshine to announce the morning after a dark, dark night. 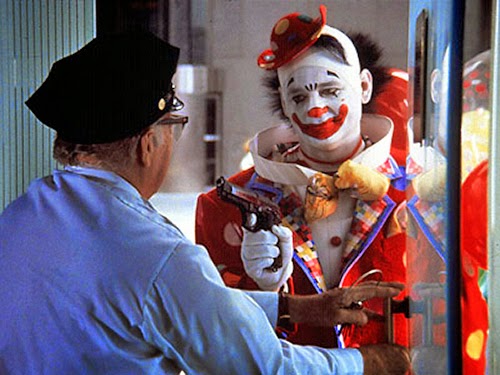 9 a.m. Quick Change (1990, dir. Howard Franklin/Bill Murray) Let's close things out with this love/hate letter to New York, starring and co-directed by Bill Murray. He plays a bank robber who, along with Geena Davis and Randy Quaid, try to get out of the city after a successful job. That proves difficult to do. There is so much that's great about this movie -- another brilliant and underrated comedy -- and its attitude towards the city makes for a perfect way to close things out. All Bill Murray wants to do is get away. So do we! It's been 24 hours for fuck's sake.
Posted by Patrick Bromley at 5:00 AM