Six Horror Remakes I Was Wrong About 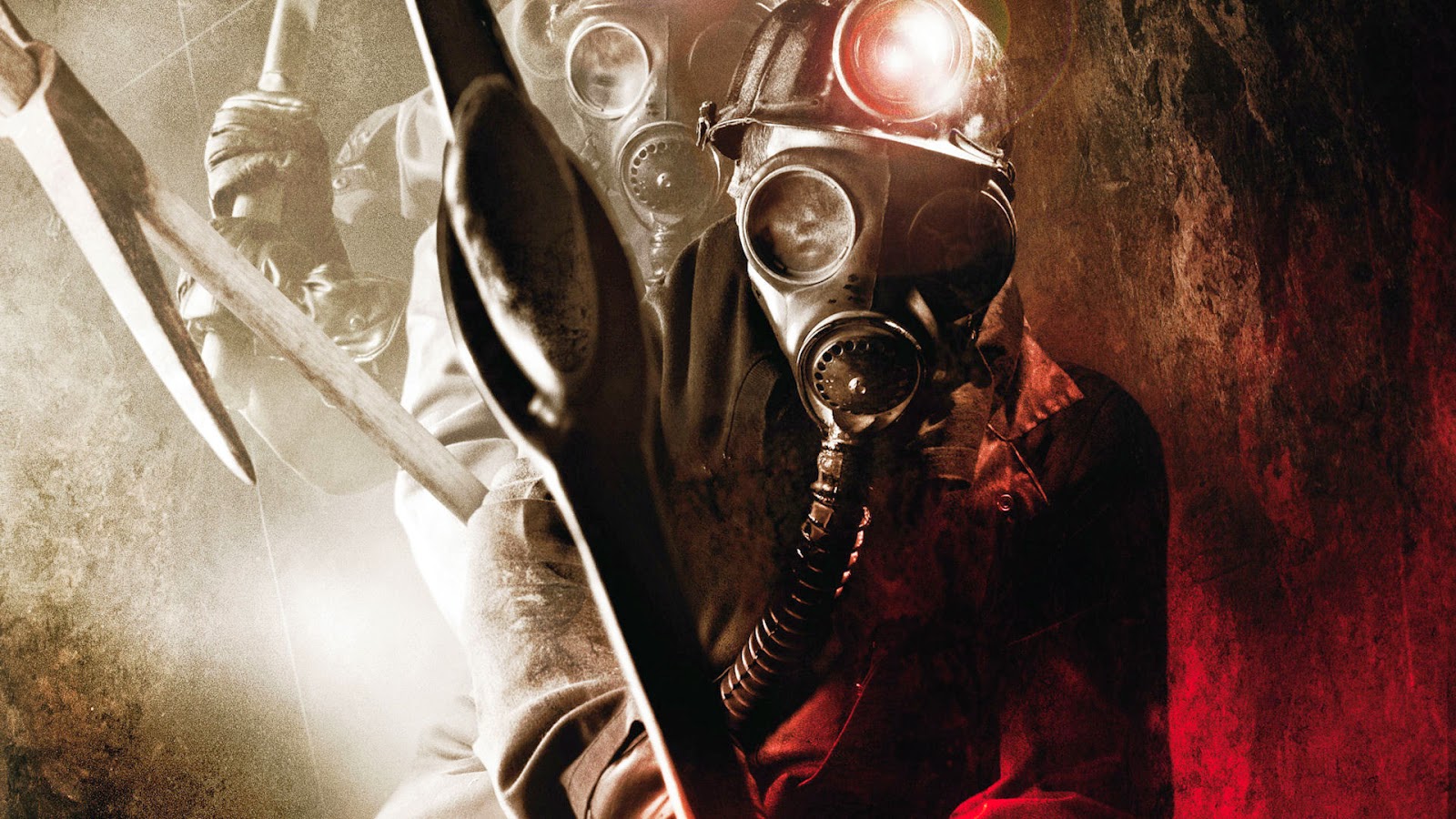 I can admit my mistakes.

The horror genre is in a constant state of remaking itself. Some of these remakes are among my favorite horror movies of all time -- The Thing, The Fly, The Blob -- but most of them remain terrible.  I don't know why I these six movies didn't work for me in every case, though it seems like it's a different reason for each one (and sometimes has nothing to do with the film itself, but rather the circumstances under which I saw it). I'm happy to say I've changed my mind about them.

Here are six movies I initially thought were bad, but which I gave a second (or third) chance and realized that I like them a lot more than I thought. 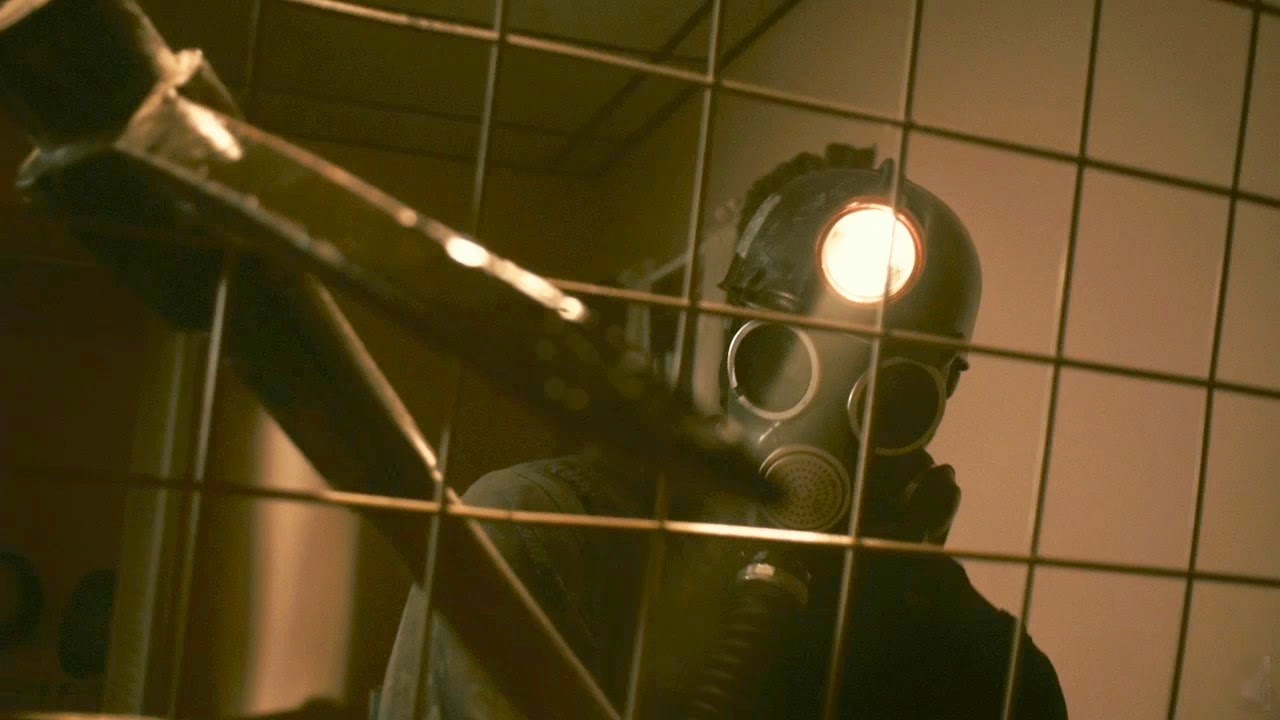 I don't know what I was expecting of this remake of the 1981 Canadian slasher My Bloody Valentine, but when I saw the movie opening weekend in 2009 I wasn't crazy about it. At that point I was excited about the 3D gimmick because it was a novelty; Avatar wouldn't ruin movies for another 10 months. But I didn't fully appreciate all the movie's 3D craziness -- pickaxes swinging towards the camera and JAWS BEING TORN OFF. I thought the 3D was, as evidenced by the above photo, an excuse to film every shot through chain link or some sort of fence. I WAS WRONG ABOUT THIS MOVIE, which is fun in the exact '80s throwback way that director Lussier (a former editor for Wes Craven) and screenwriter Todd Farmer intended it to be. It's one of the best straight-up slasher movies of the last decade, and I have no idea why I resisted it in theaters. I blame it on my son, who was born only weeks before. You're on notice, Charlie. 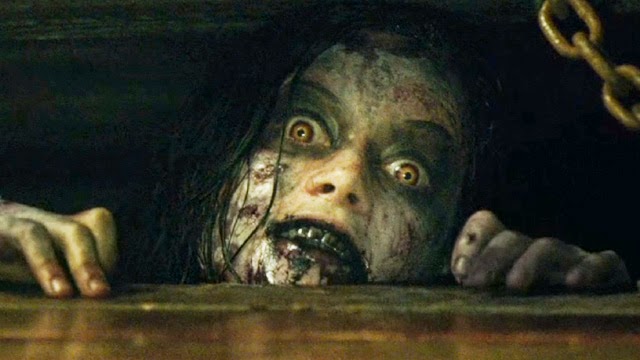 We recorded a podcast on this movie minutes after seeing it back in 2013. I don't typically like to do that, as most movies need some time to bounce around my head and settle in before I really understand how I feel about them. With some distance and a few more viewings of the remake, I think I was too hard on Evil Dead '13 (I haven't re-listened to the show, so I don't remember exactly what I said). I don't think I would really change any of my critiques of the movie -- the problems are still the problems -- but I'm more forgiving of them now in favor of what the movie does right. It's incredibly well directed, has great music and sound design and is relentlessly gory. While Shiloh Fernandez still gives one of the worst lead performances I've ever seen in a Hollywood film, it's more than compensated for by Jane Levy's work as Mia, the damaged girl who becomes an unlikely hero. It's not Evil Dead, but it's a well-made and insanely bloody studio horror movie. That sort of thing is in short supply these days. 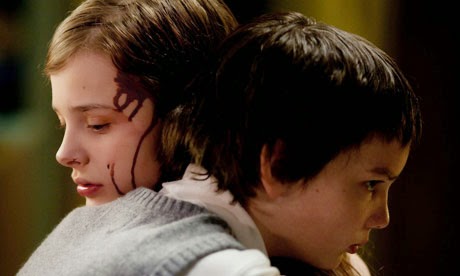 Another remake we did a podcast about (in the very early days of F This Movie!) that I was initially too hard on -- and I wasn't that hard on it! At the time of its release, I was kind of like "It's so similar to Let the Right One In; what's the point?" But with distance I've come to appreciate them as different films with different goals. Matt Reeves' adaptation is warmer and, if I may say, sweeter. This, I'm sure, is not a word anyone wants to use in a conversation about Let the Right One In, which is very cold and very dark and very great. Truth be told -- and I don't see this winning me any new fans -- I'm more often in the mood to revisit Let Me In than Let the Right One In. I fully recognize that the latter is the superior movie and that Let Me In has some big stumbles. It's more about the overall tone, I guess. One pushes me away by design; the other welcomes me with a big 12-year old vampire hug. 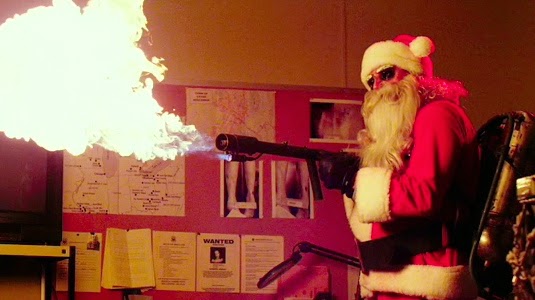 Holy shit is this a mean-spirited movie. I will always have some affection for the original Silent Night Deadly Night despite the fact that it is an awful, deplorable movie. That's partly because of our commentary for the movie, which was a lot of fun to do, and partly because it's one of a few horror movies that belongs to my wife Erika and I love that it's a horror movie she grew up watching and I didn't. Steven C. Miller's Silent Night borrows very little beyond the "killer Santa" premise; the warning of the catatonic man makes an appearance, as does the famous antler kill and a forced reference to "Garbage day" (which, to be fair, is actually a line in Silent Night Deadly Night Part 2). But Miller does borrow the original movie's hateful spirit; he just puts it inside a better-made movie. He has a great eye and Silent Night is an incredibly well-directed horror movie that failed to connect with me the first time. Rewatching it recently opened my eyes to the fact that it's beautifully shot, features some brutal gore scenes and is a lot of ugly fun. 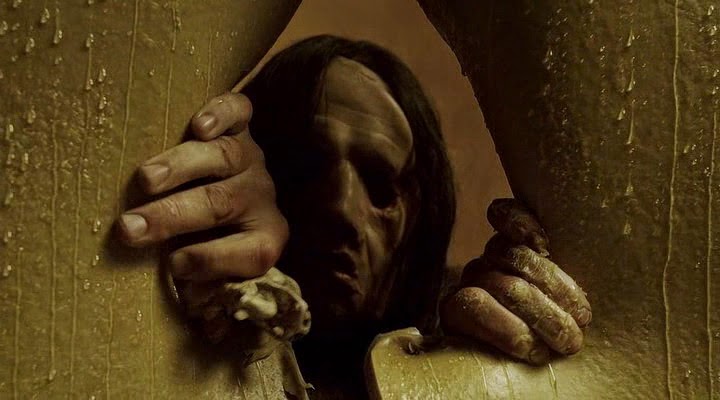 When my wife and I first saw this in an empty theater back in 2005, I dismissed it as just another slick, shallow Dark Castle remake along the lines of Ghost Ship and Thir13en Ghosts. Thanks to some stunt casting, it's often remembered as the stupid Paris Hilton horror movie (she's fine in the movie, but too much of it seems reverse engineered just to show her get speared in the head). Over the last 10 years, though, more and more people have sworn the movie is actually good -- including our own Adam Riske, who has championed the movie on more than one occasion. So I watched it again and appreciated more about it than I remember, particularly some striking (and sometimes disturbing) visuals and a go-for-broke finale. On a recent episode of Killer POV, it's pointed out that the 2005 film is actually a much better remake of Tourist Trap than it is House of Wax, and that's such a spot-on observation that I'll never be able to look at the movie the same way again. I'm still not sure I love the remake -- of all the movies on this list, it might still be my least favorite -- but it's better than I initially thought it to be. 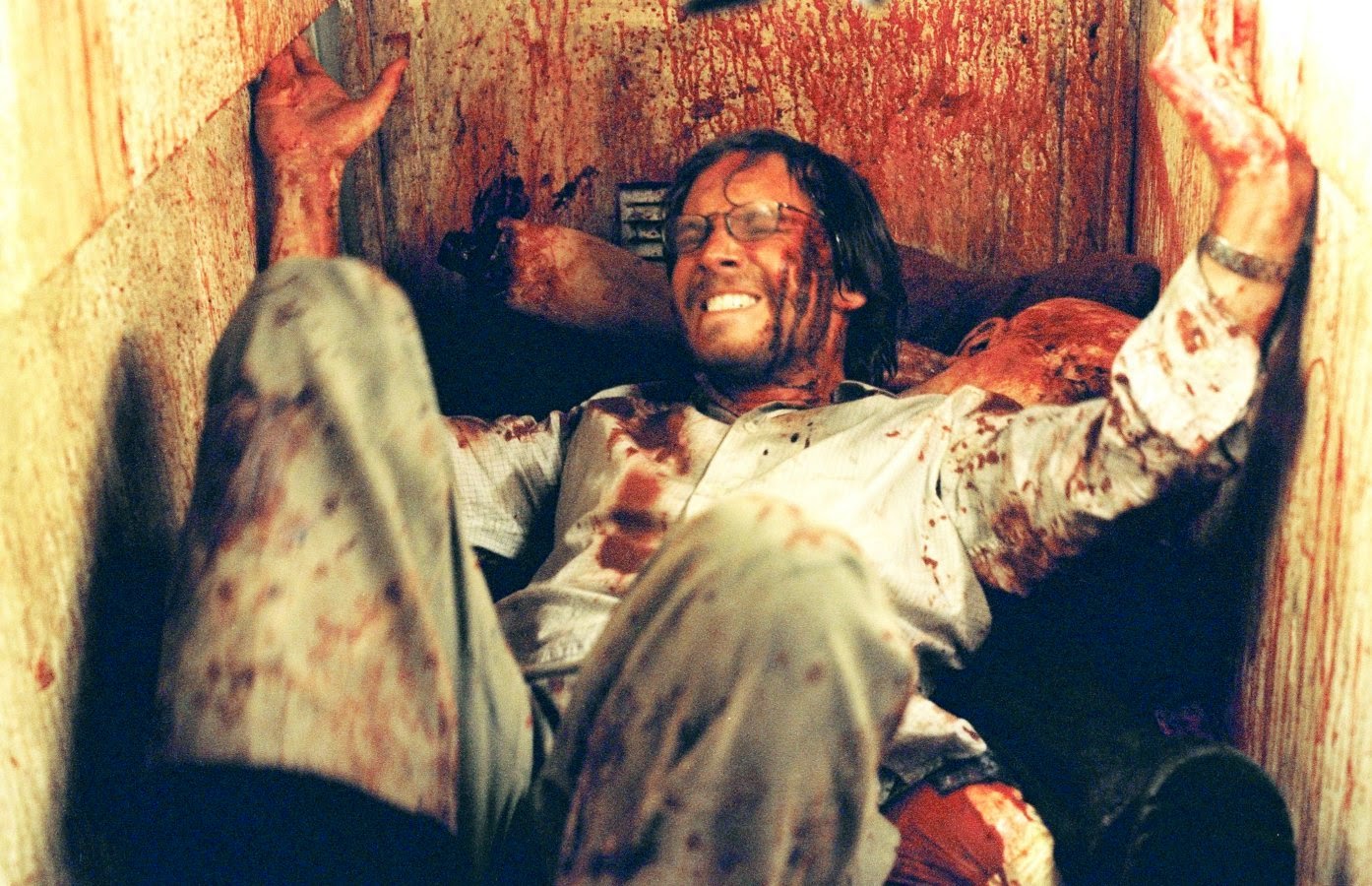 This, I think, is an instance in which I let the audience around me dictate my reaction to a movie too much. Actually, it wasn't the audience around me -- it was the audience before me. I talked my wife into going to see this one opening night (this was back when she sat through a LOT of horror movies; she's mostly lost her taste for them since our kids were born, and I can't blame her. Nowadays I try to shield her from the stuff I watch more than expose her to it.) and we were waiting outside the theater showing our movie at the multiplex as the previous show let out. We both remember watching a father and son, maybe 10 years old, exiting the theater with giant grins, high fiving one another as though they had just ridden a roller coaster at Six Flags. That image was in my head throughout Aja's remake -- every graphic, brutal murder -- so much so that I couldn't really enjoy it. I confused my depression about the state of American audiences with a depression about the state of American filmmaking, and that's not fair. Aja's film is actually quite good; better than the original, even. When revisiting the movie to include it as part of my graduate thesis about a year later, I saw it with new eyes and realized that it's incredibly well made, well acted and hard to watch by design. His commentary is way too on the nose, but this is that kind of movie. Of the wave of remakes that came out in the 2000s, I've come to regard this as one of the best.
Posted by Patrick Bromley at 12:00 PM