Round 2 of your #Junesploitation picks! 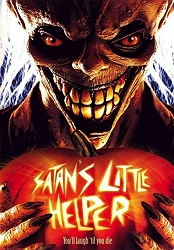 rev
Adam Riske:
June 5: 80s Action! Cyborg (1989, dir. Albert Pyun) I could watch this movie all day long. I discovered it for myself a couple of years ago during Junesploitation and I'm sure glad that I did. Very underrated Van Damme.

June 6: Scream Factory! Nightbreed: The Director's Cut (1990, dir. Clive Barker) I admire the style of the movie more than the story but what style! Great makeup effects and Danny Elfman score.

June 9: Revenge! Kill Bill Vol. 1 and 2 (2003/04, dir. Quentin Tarantino) Great when watched separately but mind blowing when watched together in a 4 hour block. Have you not done this yet? Do it!

June 10: Free Space! Starry Eyes (2014, dir. Kevin Kolsch & Dennis Widmyer) Why wait for New Horror day to watch this disturbing new classic of the genre? The last 15 minutes really got under my skin.

June 11: Ninjas! Ninja 2: Shadow of a Tear (2013, dir. Isaac Florentine) An action movie with well choreographed fight scenes and a likeable hero. What more could you ask for? 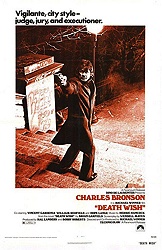 Adam Thas:
June 5th: '80s Action! American Ninja 2: The Confrontation (1987, dir. Sam Firstenberg) Yeah, I know I already recommended this movie a little while ago, but this movie will fit perfectly into the '80s action movie genre. American Ninja 2 is brainless, with multicolored ninjas and Michael Dudikoff. It won’t get much better than this!

June 6th: Scream Factory! Day of the Dead (1985, dir. George A. Romero) Dammit, Patrick already took this one! Fuck it, I’m recommending it anyway. I think I didn’t give Day of the Dead a fair chance the first time I saw it because it was coming after I had just seen the original Dawn of the Dead and that movie is perfect. Day of the Dead has a good plot and is really smart and asks some interesting questions. It’s not on par with the earlier two in the series, mostly because I found the acting to be rather annoying in places. If you didn’t watch it for the Zombies! day, you should watch it now.

June 7th: Drugs! Kid Cannabis (2014, dir. John Stockwell) Recycling another one of my old suggestions with this one. I was going to recommend The Big Lebowski, but chances are if you’re on this site you’ve already seen that one so I wanted to put something down you may not have seen. It’s a very flawed movie, but there is enough good stuff in it that I can say I’ve spent two hours doing a lot worse things in my life.

June 8th: Slashers! Scream 3 (2000, dir. Wes Craven) Ahhhh, bet you thought I was going to tell you to watch the first Scream, didn’t you? No, we’ve all seen it, and I’m sure you’ve seen it more than once, so this Junesploitation go back, revisit Sidney and the gang on the set of Stab with a little Ghostface action. Netflix has some slim pickings for the entire “Slasher” genre, so my vote is for Scream 3!

June 9th: Revenge! Death Wish (1974, dir. Michael Winner) No, this isn’t WGN on a Saturday afternoon, this is Junesploitation bitches! If you are anything like me, you are used to the later Death Wish movies, especially three, which is CRAZY! However, the first installment in the series is not a traditional action movie but is actually really dark. Sure, Charles Bronson isn’t much of an actor but he’s really trying to do something in this one and I found myself enjoying it a lot more than I thought I would. If anything you get to see Jeff Goldblum in his outstanding performance as Freak #1.

June 10th: Free Space! Star Trek II: The Wrath of Khan (1982, dir. Nicholas Meyer) I was originally going to tell all of you to watch the first episode of Deep Space 9 in this spot, but this is a movie site so I should probably stick with a Trek movie. I’m always looking for a reason to watch Wrath of Khan, so June 10th is National Ballpoint Pen day (I’m serious) so watching Star Trek II seems like a good way to celebrate.

June 11th: Ninjas! Ninja 2: Shadow of a Tear (2013, dir. Isaac Florentine) A few years ago Patrick was kind enough to introduce me to this absolutely kick ass movie. Scott Adkins is amazing in it, it has absolutely spectacular action sequences, and you already watched American Ninja 2 on June 5th (Right?) so here is your Ninja movie. If you haven’t seen it, watch it. If you’ve already seen it, watch it again, because this movie kicks total ass. 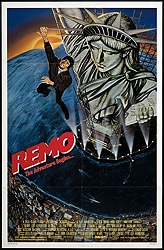 Heath Holland:
June 5: Remo Williams: The Adventure Begins (1985, dir. Guy Hamilton) Fred Ward is Remo Williams, a pulp hero pulled from The Destroyer series of novels. This is a hero for the '80s, armed with crazy skills and secret techniques. You know what the best part is? It also co-stars Wilford Brimley!

June 7: Drugs! Chech and Chong's Up in Smoke (1978, dir. Lou Adler) I mean, come on. Cheech Marin, Tommy Chong, and quite possibly the definitive stoner comedy of the 1970s. I didn't really "get" these guys or their humor until relatively recently, but now I'm convinced they're both geniuses.

June 8: Slashers! You're Next (2011, dir. Adam Wingard) I'm going to recommend this movie every chance I get because this one hit me just right and is my favorite horror movie of at least the last five years. Adam Wingard loves horror and it shows. It's weird to come out of a bloody horror film feeling great, but that's exactly how I feel every time I watch this.

June 9: Revenge! Payback (1999, dir. Brian Helgeland) This was the directorial debut from Brian Helgeland, a guy responsible for writing some really great movies, including L.A. Confidential. Mel Gibson stars in this gritty-but-fun throwback revenge film that would have been just as at home in the 1970s as it was in 1999. I know Mel Gibson's name is (justifiably) mud these days, but try to put yourself in a frame of mind where you can enjoy this film for what it is. I'll tell you a secret: it's my favorite of all his movies, and I liked the black leather jacket that Gibson wore in this movie so much that I went out and got one for myself.

June 10: Free Space! Hot Rod (2007, dir. Akiva Schaffer) SNL alum Andy Samburg stars in this motorcyclesploitation comedy about an amateur daredevil preparing for a big motorcycle jump. It's surreal and ridiculous, but it works like gangbusters for me.

June 11: Ninjas! Ninja 2: Shadow of a Tear (2013, dir. Isaac Florentine) I first learned about the one-man wrecking crew named Scott Adkins a couple of years ago with Patrick's review of Universal Soldier: Day of Reckoning, and since then I've come to view Mr. Adkins as one of the brightest spots in the action genre. Scott Adkins. Ninja action. 'Nuff said. 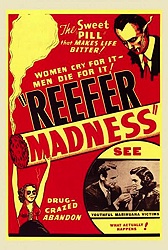 JB:
Week Two: More exploitation cheesiness from me to YOU.

June 11: Ninjas! Cheerleader Ninjas (2003, dir. Kevin Campbell) Perhaps one of the best exploitation titles of all time... and the only good part of the movie. 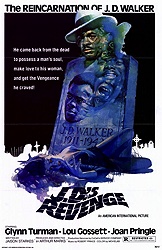 Patrick:
June 5: '80s Action! The Running Man (1987, dir. Paul Michael Glaser) Quintessential '80s Arnold. Love the premise, love Richard Dawson, love the John Parr song over the credits, love the one liners, love this movie. There's nothing funny about a dickless moron with a battery up his ass.

June 6: Scream Factory! New Year's Evil (1980, dir. Emmett Alston) This is not the best of the Scream Factry-licensed titles available on Netflix, but it's the one that seems to be most in keeping with the spirit of #Junesploitation. Also works for '80s horror!, Slashers! and Cannon!

June 7: Drugs! The Mule (2014, dir. Angus Sampson/Tony Mahony) I just recommended this one a few weeks ago, but those of you who skipped out on watching it can catch up with it now. As drug movies go, it's excellent.

June 8: Slashers! The Town That Dreaded Sundown (2014), dir. Alfonso Gomez-Rejon) A lot of the slasher movies available on Netflix Instant aren't the kind of grungy, old-school slashers we want to be watching during #Junesploitation, but rather modern day approximations of those movies. With that in mind, I'll recommend Alfonso Gomez-Rejon's remake of The Town That Dread Sundown, because at least it's a pretty good (if overly-stylized) approximation. It's also light years better than his new movie, but you'll find that out soon enough.

June 9: Revenge! J.D.'s Revenge (1976, dir. Arther Marks) Glynn Turman gets possessed by the spirit of a pimp and begins taking revenge on the people responsible for the death of his sister. This will also work for Blaxploitation!

June 10: Free Space! El Gringo (2012, dir. Eduardo Rodriguez) If you haven't tired out on Scott Adkins after multiple Ninja 2 recommendations (you're welcome, everyone), check out this decent action movie in which he doesn't get to do much hand to hand stuff but at least gets to shoot people. Try to look past the annoying "title card" character introductions (STOP IT, DIRECTORS) and enjoy the violent action, Christian Slater's heel turn and the awesomeness of Scott Adkins. That guy can do anything.

June 11: Ninjas! Enter the Ninja (1981, dir. Menahem Golan) Since almost everyone is telling you to watch Ninja: Shadow of a Tear (which is awesome), I'll take you back to basics and suggest you check out Cannon's FIRST ninja movie, starring a spectacularly miscast Franco Nero as the ninja. It's as if you found out your dad is a ninja. Cannon made a LOT of ninja movies in the '80s, but almost none as fun as this; it's a close race between this and its totally unrelated sequel, Revenge of the Ninja, for the title of my favorite Cannon ninja film. Seriously, this thing is perfect for #Junesploitation. You will not be disappointed in the slightest. Also works for Cannon! day.