In honor of Father’s Day (coming up June 21st), I checked in with my dad for one of our regular movie chats. Enjoy! He’s got some controversial opinions.

Adam: What is your favorite summer movie?

Adam’s Dad: The one that stands out for me is the first Jaws movie. I remember standing in a long line outside of the Golf Mill Theater with your mother and then afterward thinking it was well worth it. The way they kept the full view of the shark away from you until near the end really helped to keep up the suspense and terror. It also had probably one of the best casts for a summer movie, even with Richard Dreyfus in it. The first Star Wars is a very close second.

Adam: Richard Dreyfus is not as bad as you make him out to be. So recently you told me that Julianne Moore might be your favorite actress. What is it that makes her that for you?

Adam’s Dad: Julianne Moore is my favorite actress of this era because it seems that she can handle such a diverse range of roles and make her character believable each time. I have seen six of her movies (Maps to the Stars, Still Alice, Boogie Nights, The Kids are All Right, Game Change and Mockingjay, Part 1) and regardless of whether she was the main character or part of a large cast her performance is one I always enjoyed, even if I was not crazy about the film (Maps to the Stars).

Adam: You and I talked about how we both want to see Inside Out. What is the best Pixar movie in your opinion?

Adam’s Dad: A tie between Toy Story 3 and Finding Nemo. Pixar's animation is great in all of their movies but there is something about the stories and the voices used that makes these special. 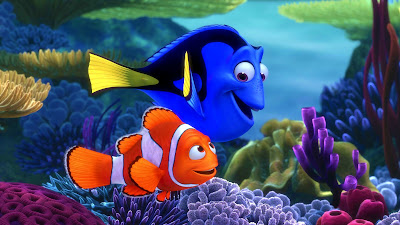 Adam: I’m right there with you on Finding Nemo. I always liked Ratatouille the best. No one else seems to share that opinion, though. Speaking of food movies, what actor or actress would you want to have lunch with and why?

Adam’s Dad: I think that it would be fun to sit down to lunch with Sean Connery, if for no other reason than to hear his opinion on the James Bond franchise and the behind the scenes dramas, from the time that he first took the role through today's version. With his reputation for "telling it like it is" I'm sure it would be really interesting.

Adam: Good answer. Who is the most underrated actor or actress today?

Adam’s Dad: Underrated is a real tough thing to identify, but one person that does get roles in a lot of pictures, doing very well in them but not getting the major accolades, is Woody Harrelson. Maybe it’s because of his off-screen "personality," but when he is in a movie you really notice his character and I have never seen one where he has phoned it in. I am not saying he should be listed among the world's all-time great actors, but he is not afraid to take on roles where his character has major flaws or likeability issues. He is also comfortable in more light hearted roles (Kingpin) as well as deeply disturbing ones (Natural Born Killers). BTW, honorable mention to Kevin Bacon. Gets a lot of different types of roles in movies and is almost always real good in them but doesn't get much attention except from the people who make movies since he has appeared in lots of them.

Adam: That’s so weird because those are the two actors I would maybe name as well as most underrated. Who’s the most overrated actor or actress working today?

Adam’s Dad: If overrated is defined as someone who currently continues to get a number of major roles in motion pictures but I can't understand why, I would say it is Chris Hemsworth.

Adam: What??????!!!!!! He’s this generation's Patrick Swayze! He’s super charismatic and funny and awesome. I don’t get this pick at all. 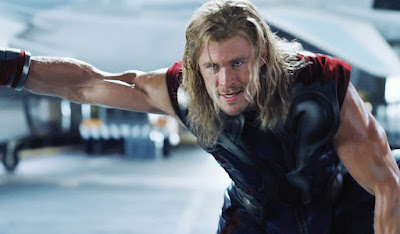 Adam’s Dad: Hemsworth has no acting ability at all in my opinion, and studios rely 100% on his looks to make money from his films with no real interest in actually making a movie that would get critical acclaim for its acting or story. He is more like a male model being given lines to read.

If you are asking about someone who gets major roles based upon perceived acting ability and his name, I would say it is George Clooney. He seems to play all of his roles in the same way, as Mr. Cool, with the exceptions of Michael Clayton and The Descendants. That is not to say that I haven't liked many of his movies. I just think that he must feel most comfortable where he doesn't have to display a wide range of emotions. Ironically, he actually displays more emotion/passion when he is talking about his various humanitarian interests. Wish he took more roles where he displayed those same emotions onscreen.

What are some of your favorite movies that you’ve seen recently?

Adam’s Dad: As you know, I don't go to movie theaters very often, so these are the more recent releases on DVD/Blu-ray that I have enjoyed. Still Alice is probably my favorite. Julianne Moore deserved the best acting Oscar she received and I think the movie was better than Boyhood or Birdman, which were also good but I don't think lived up to the hype. Selma and American Sniper, on the other hand, were also really good and lived up to the hype.

Adam: Ugh. American Sniper. Let’s stay on Clint Eastwood for a moment. If you could have any modern day actor or director make a Western, who would it be?

Adam’s Dad: If modern day includes anyone still making movies today, Kevin Costner would be way up there. Westerns seem to be a genre that has really worked for him over his career. If you are asking about actors that have only become popular in the last 10 years, I think that Bradley Cooper would do well. He is a top level actor and has the physical attributes (strong but without looking more like a male model) to be believable in that kind of role.

Adam: I would like to see Bradley Cooper in a Western.

What is your favorite type of action sequence (e.g. shootout, chase, fight)?

Adam’s Dad: Don't really have a favorite, since it depends upon the movie they are in and I enjoy all of them if done right, but a bad fight is definitely the thing I see more of, especially when they use CGI to have them make ridiculous moves, jumps, etc. I am amazed at times during shootouts, however, how the good guy or even the main villain can be so accurate through most of a sequence and then at a critical moment fail to hit someone when it is seemingly an easier shot.

Adam: What is a franchise they need to stop?

Adam’s Dad: Jurassic Park. First one was really enough. Went downhill fast from there, although the second was ok… 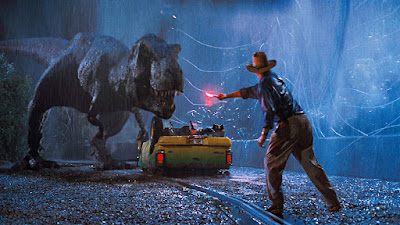 Adam: No it wasn’t. (Note: This was answered before my dad saw Jurassic World, which he said was better than he thought it would be.)

Adam’s Dad: Star Wars series is a close second. Huge drop off after the first three.

Adam: That’s crazy talk. The new one looks AMAZING. Though I will agree with you that the prequels are pretty lousy on the whole. I like Revenge of the Sith, but you won’t get a passionate defense from me over that movie.

What is the worst movie you've seen recently?

Adam’s Dad: This is an easy one. Predestination starring Ethan Hawke. There is no way I can tell you why without giving away a huge part of the movie but trust me, if there is any movie that can leave you saying out loud "What the F***!" at the end, this is it.

Adam: The fact that you hate this movie so much makes me really want to see it. I haven’t yet but definitely will.

To close, give me your opinion on these people and things. First thing that comes to mind.

Adam’s Dad: Not a fan. Even in movies I liked (Independence Day) his performance wasn't too good.

Adam’s Dad: Loved him in the Transporter series but has a tendency to play his role the same way as Transporter in all of his other movies. 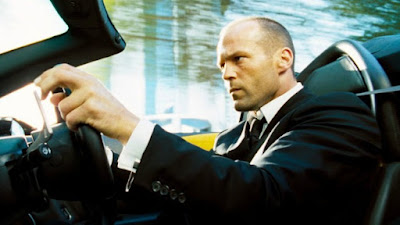 Adam: It’s one of life’s great mysteries to me why you like the Transporter movies so much.

Adam’s Dad: Loved the first one. One film where Bill Murray acting like an obnoxious human being was appropriate and each of the actors was terrific in their own right.

Adam’s Dad: Have never seen any of his movies all the way through. Just seems like a "B" version of Stallone and Schwarzenegger.

Adam: He’s come into his own in recent years. You should check out some of his movies. He is a lot of fun in them.

Adam’s Dad: Thought they were weird, but in a good way. Favorite one was Beyond Thunderdome. Tina Turner was awesome. The Road Warrior is close second 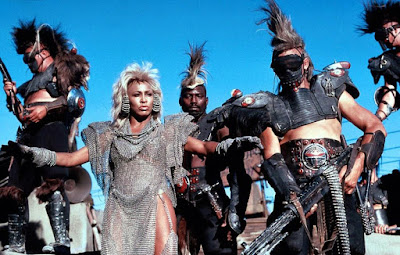 Adam: Thanks for taking the time to talk movies. I love hearing your opinions. They’re always interesting.

Leave a comment below with what your dads think about various movie topics. It will be a fun conversation and they might have some wild answers like my pops ☺
Posted by Patrick Bromley at 12:00 PM