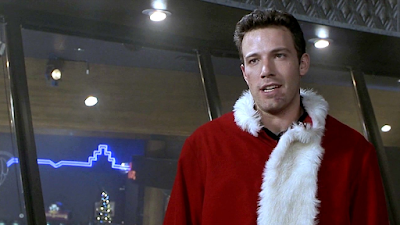 Guess what's under the tree this year? Bullets!

Action movies and Christmas go together like horror movies and Christmas, which is to say that both genres often use the iconography of the holiday as an easy way to establish setting and "cleverly" subvert our expectations by taking a season usually associated with peace on Earth and goodwill to men/women and, you know, add a bunch of violence. As someone without a lot of patience for traditional Christmas films, I'd probably rather watch one of these any day. 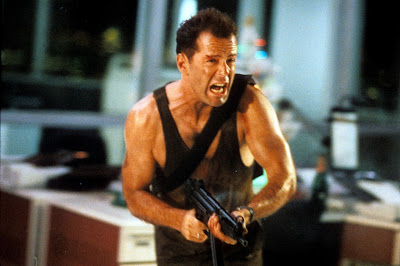 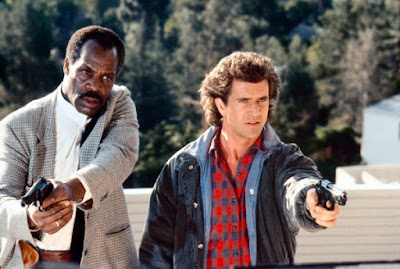 Shane Black must really love Christmas. Or maybe he just loves setting movies at Christmas. Whatever the case, it's a recurring theme in his work -- both in the films he has written (many of which appear on this list) and those he's directed, which includes Kiss Kiss Bang Bang (a movie that is great but doesn't appear on this list because it's not quite an action movie) and Iron Man 3. The first script he ever sold was for 1987's Lethal Weapon, one of the greatest buddy cop movies of all time and the first Shane Black movie to feature the Christmas motif. From Bobby Helms performing "Jingle Bell Rock" over the opening credits to the scene of Martin Riggs (Mel Gibson) making a drug bust on a Christmas tree lot, there's holiday iconography all over the movie. The dialogue is snappy, the characters are great, the action tense and thrilling. It deserves to be both an action and Christmas classic. 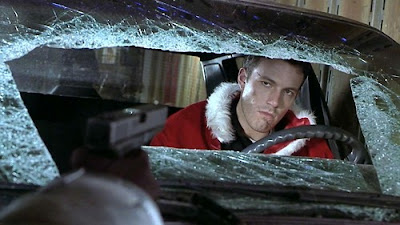 The most on-the-nose Christmas movie on this list is something I would consider a guilty pleasure if I believed in such things, but since I don't I'll just have to classify it as a movie I enjoy despite knowing it is often bad. Ben Affleck plays a character named Rudy (get it?) who gets out of jail and poses as his dead cellmate to have sex with a girl (Charlize Theron) before getting roped into a Christmas Eve robbery in which the crew dresses up as Santas. The movie is littered with Christmas-themed nonsense and the screenplay is garbage (because it's by Ehren Krueger), but the cast -- which includes Affleck, Theron, Gary Sinise, Dennis Farina, Donal Logue, Danny Trejo and Clarence Williams III -- is great and Frankenheimer's direction is really sharp. You have to be someone who enjoys especially dopey action movies to love this one. Luckily, I am that someone. 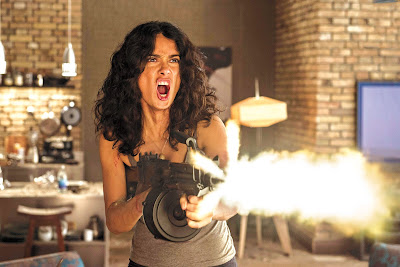 The most recent film on this list, Joe Lynch's Everly has been described by the director himself as "Die Hard in a room." That's apt not just because it's a non-stop action movie about a single individual facing insurmountable odds but also because it takes place at Christmas. The final sequence set to Raya Yarbrough's haunting cover of "Silent Night" is particularly beautiful. This one's a new Christmas tradition for me. 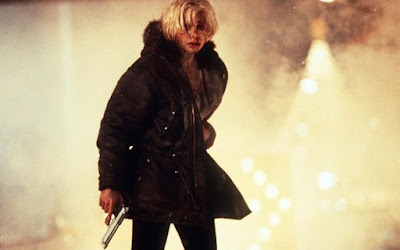 Another Shane Black Christmas action script, The Long Kiss Goodnight made headlines when it was sold because it made Black the highest paid screenwriter in Hollywood at the time. Geena Davis can do no wrong in my eyes (and she's so, so good here), but Renny Harlin's direction is just a tad on the bloated side for me to love this movie as much as I want to. It's slick and violent and profane and has some great Christmas stuff, but I want to love it and only like it. 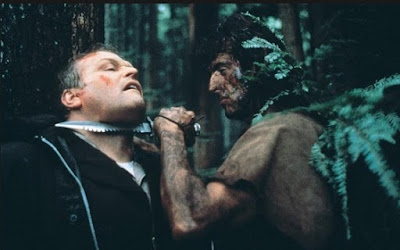 The first and best of the Rambo movies, this is barely a Christmas movie -- it takes place around the holiday but the holiday never really factors into it. Still, this movie kicks ass and if the holiday gives you an excuse to watch it again, you're better for it. 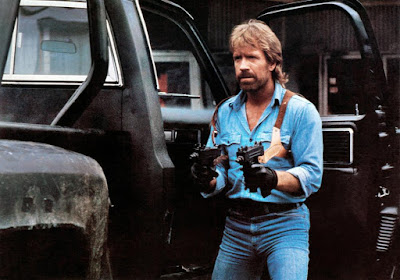 Like First Blood, Christmas is only happening around the fringes of Chuck Norris' fascist epic Invasion U.S.A. The most holiday-centric sequence involves a group of terrorists attacking a busy shopping mall, so in a way Invasion U.S.A. predicted the chaos and violence of Black Friday sales. The last time I watched this, I came away with a very different reading of the film. 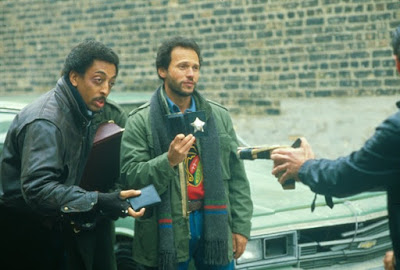 Another of my all-time favorite buddy cop movies, Peter Hyams' Running Scared accomplished the impossible task of turning dancer Gregory Hines and comedian Billy Crystal into action stars. While it's yet another action movie with Christmas on the periphery, it does manage to capture winter in Chicago the way few other films do -- the shitty, wet, dirty snow and the miserable cold that makes you want to say fuck it all and retire to Key West so you can ride your roller skates and listen to "Sweet Freedom" on a loop. 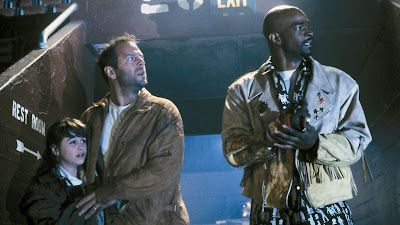 The third Shane Black script on this list is way less Christmasy than the other two -- it feels inserted just because it's Shane Black and it's expected. Or maybe it's because The Last Boy Scout is set in L.A. and it's harder to do traditional Christmas tropes in that setting. I love this movie even though it's pretty stupid and crude and mean-spirited and ugly. You know, Christmas. 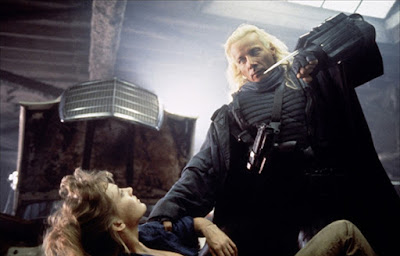 Set at Christmas in Texas, the middle chapter in stuntman-turned-director Craig R. Baxley's Awesome Trilogy (sandwiched between Action Jackson and Stone Cold) features an alien drug dealer who steals people's endorphins and is pursued by Dolph Lundgren and the guy from Dream On. In this way, I Come in Peace is its own kind of Christmas gift.
Posted by Patrick Bromley at 12:00 PM