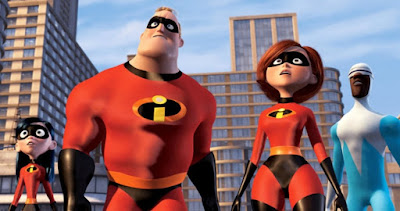 My take on several new releases in theaters. You’ll be just as surprised as I am. 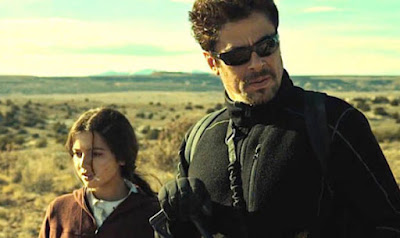 Sicario: Day of the Soldado – The new Sicario is a movie that starts out horrifying, gets into a groove (Benicio Del Toro and Josh Brolin are fantastic as always) and then falls off a cliff in the second half. At the end of the film, I was pretty pissed it made me endure graphic terrorist attacks on women and children at the beginning only for it to not really matter later. Many critics have blamed the departure of Emily Blunt, Roger Deakins, and Denis Villeneuve as to why Day of the Soldado doesn’t work, but I don’t think those are reasons. My issue is that it takes the great original and shrinks into a nihilistic Choose Your Own Adventure filled with coincidences, nonsense logic (hint: a key injury) and a coda that felt as dumb as it does irrelevant. The more I think about this movie, the more I don’t like it. 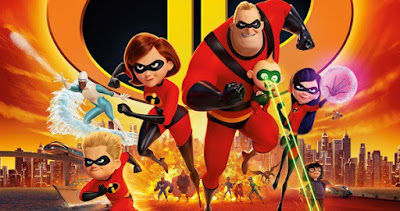 Incredibles 2 –I want nothing more than to enjoy the Incredibles movies, but evidently they’re not my type of Pixar. I even tried seeing Incredibles 2 a second time and it frustratingly just doesn’t resonate with me. I agree with everyone who marvels at the animation quality but I think the characters are stock, the style is dul,l and the comedy is repetitious to the point where I grew antsy. Either you find Jack-Jack hilarious or you’re me…and I’m me (i.e. real baby hijinks are cute and funny; animated baby, not so much). Sorry, everyone. I feel like I let you down. I was just bored by this movie. I will say, though, that "Bao" (the Pixar short that plays before Incredibles 2) is wonderful and worth going to theaters to see. 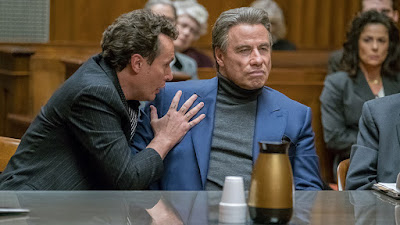 Gotti - I found my 2018 The Bye Bye Man. I know Gotti is not a good biopic, but I really had a good time and it’s not without some quality. The lead performance by John Travolta is strong. He commits big time and it’s the type of scenery chewing, movie-star performance that fits the subject. Between this, The People v. O.J. Simpson: American Crime Story and In a Valley of Violence, Travolta is turning in some good work lately and I think a lot of the criticism of him in Gotti is biased. Honestly, some of the bias toward the film itself is warranted though. The movie isn’t good and the marketing campaign has been asinine (e.g. flaunting their 0% Rotten Tomatoes score, calling critics trolls behind keyboards, etc.), so this movie is asking for trouble in that regard. I liked it in a simpler way. It’s fun junk that interested me because director Kevin Connolly’s nutty point of view is that he loves the Gottis and refuses to criticize anything they do. It’s hagiography at full volume to the point where it becomes bizarrely charming. Gotti is pretty much Black Mass if it were made with the cast & crew of My Big Fat Greek Wedding and that’s why I dig it. If that sounds horrible to you, I completely get it. 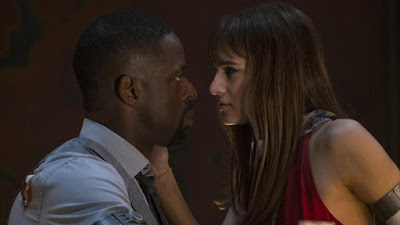 Hotel Artemis – This one is just about out of theaters, but you should catch up with it on disc or VOD. Hotel Artemis is an incredibly watchable ensemble thriller (led by Jodie Foster, Sterling K. Brown, Sofia Boutella, Jeff Goldblum, and Dave Bautista) in which the titular hotel/hospital for criminals is breached. Hotel Artemis is lower key than I envisioned (I thought it would be more Smokin’ Aces level crazy and it’s not), but it’s usually engaging, the production design is interesting, and the actors are given room to create characters with personality. This would totally work as the second movie on a Friday Night Double Feature. 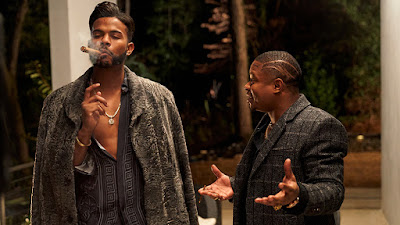 SuperFly – I was surprised how much I liked the new SuperFly. Full disclosure, I haven’t seen the classic exploitation film it’s based on, but on its own the 2018 version feels like a lost entry from the early 2000s Exit Wounds-Cradle 2 The Grave era (era) of action film. This is a gorgeously shot movie with great music, solid action, fun performances, and it kept me entertained throughout. It’s like if Michael Mann directed 2000’s Shaft. Again, it’s probably out of theaters by now but if you’re a Heavy Action person you might enjoy this. 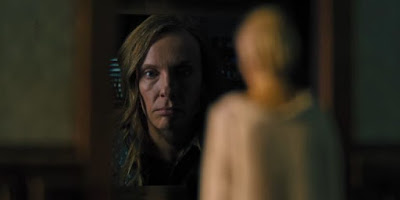 Hereditary – This is an extremely unsettling and disturbing film only hampered because A24 is such a specific brand of horror now that it’s almost becoming parody to me. That aside, the MVPs of this movie are impossible to narrow down. First, there's the volcanic performance from the great Toni Collette, which is even more disturbing because she’s a woman crossing the line to insanity and seems fully aware but must by compulsion. Second, the meticulous direction from Ari Aster that makes great use of framing and shot composition. Third, the sound design, which features an underlying hum that’s there to make you feel uneasy in the pit of your stomach even when nothing is happening. It’s a filmmaker using every tool at his disposal to get under your skin and I respect that. I can’t wait to revisit Hereditary again during Scary Movie Month, but even more so alone late at night. Some horror movies are great with a scared audience; this one might be even creepier all by yourself. 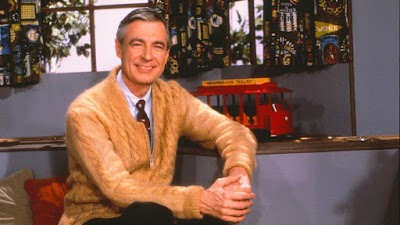 Won’t You Be My Neighbor? – The new film about the life and legacy of Fred Rogers is a good, inquisitive documentary first and a celebration second and therein lies its power. In a lot of ways, it reminded me of the very strong Roger Ebert doc Life Itself from a few years ago. This isn’t just an easy documentary resting on its laurels because it knows its audience is already won over by its subject. My favorite part of the documentary is how it explores Fred Rogers’ positive philosophy and the work it took behind the camera to maintain that kindness and optimism. The film also bravely addresses certain areas where Rogers was ahead of the curve but arguably not enough to befit his image, and how his message is lost in many ways in today’s world of pervasive intolerance. You keep waiting for the film to give you an uplifting answer (just like Fred Rogers would have) but it’s wise enough to give its summation in a muted tone. I’m a big fan of Won’t You Be My Neighbor? It made me think and cry and reconnect with my better nature.

Your turn! What did you think of these films? Is there anything else you’ve seen lately in theaters that you want to recommend?
Posted by Patrick Bromley at 12:00 PM

Email ThisBlogThis!Share to TwitterShare to FacebookShare to Pinterest
Labels: 2018 movies, gotti, hereditary, hotel artemis, in case you missed them, incredibles 2, sicario day of the soldado, summer 2018, superfly, won't you be my neighbor