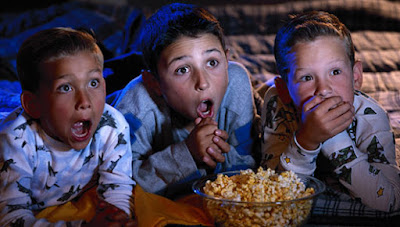 The review duo who have hot picks to make up for this cold weather.

Rob: Our new “Favorite Discoveries of the Month” series kicks off this week! We’ll close out every month comparing notes on our favorite new-to-us viewings, and we’d love for you to leave your own discoveries in the comments.

My first pick is Nicolas Roeg’s surreal Don’t Look Now, a longtime movie shame of mine that I’ve finally caught up with thanks to Shudder. It’s not always my speed, but I can’t deny that it’s an incredible piece of filmmaking. It’s interesting to see a movie that was so clearly influential on other movies I love — everything from Memento to Mulholland Drive to Casino Royale — and retroactively appreciate how those later creators were inspired by its mood, imagery, and non-linear construction. Like my boy David Lynch, Roeg creates mystery and immersion through brutal characterization and trippy juxtapositions. Julie Christie and Donald Sutherland are ‘70s Sexy as a cosmopolitan couple grieving the sudden loss of their child by relocating to Venice, where they’re slowly driven into secret plots and mysterious happenings. It’s an inscrutable story at times, and I can’t say it’s scary in the traditional sense, but it’s nothing if not hypnotic. It’s the kind of movie I respect and appreciate even if I can’t think of a time when I’d necessarily be in the mood to rewatch it. 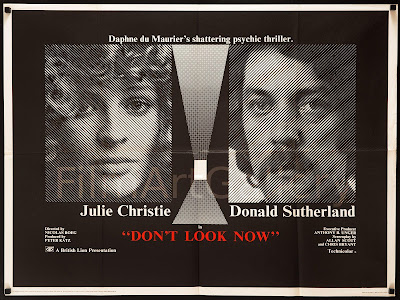 Adam: Interesting. I’ll put that on my list for October. I’ve had many opportunities to watch Don’t Look Now, but I’m never in the mood. It’s likely because I know the ending already. It was spoiled for me on Bravo’s “100 Scariest Movie Moments” special that aired back in 2004.

My first pick is James Foley’s At Close Range. It’s a harrowing, based on a true story 1986 crime drama starring Sean Penn and Christopher Walken. The movie is much darker than I was expecting, which just goes to show that real life events are way more fucked up and disturbing than a screenwriter can typically imagine. Walken is especially riveting as the leader of a Pennsylvania-based crime syndicate and his team is very unsettling as well because they’re so banal, cold-blooded, and impulsive. I was really shook up by this sad and powerful film after I watched it and it didn’t leave my mind for a couple of days after. The mood of the movie is greatly enhanced by Patrick Leonard’s score, which consists primarily of the instrumental section from Madonna’s single “Live to Tell” that also plays over the film’s end credits. It’s a beautiful song with a tragic quality to it that fits the movie perfectly. In addition to Sean Penn and Christopher Walken, the cast is loaded with recognizable faces like Mary Stuart Masterson, Chris Penn, Tracey Walter, David Strathairn (in a dual role), Candy Clark, Kiefer Sutherland, Stephen Geoffreys, and Crispin Glover. I highly recommend this one. 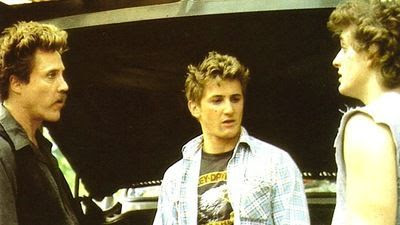 Rob: Nice! I haven’t seen it, but I’ll add it to the list. My next pick is John Frankenheimer’s action/heist epic, Ronin. I was a little young for this one when it came out, and it’s only in the last few years that I started reading appreciation pieces that clued me into the fact that it was something other than a disposable ‘90s studio thriller. Robert De Niro leads Sean Bean, Jean Reno, Stellan Skarsgård, and other notable heavies through a French battlezone of intrigue, honor, and betrayal. It’s a ‘70s throwback through-and-through, one of those movies that — even in 1998 — they just Don’t Make Anymore. Its sensibilities are old-fashioned and uncompromising. Its characters are gritty and pulpy without posturing. The car chases are actually better than I’d heard, which is difficult considering how frequently they appear on best-of lists. I don’t really want to spoil too much of Ronin, just in case there are others discovering it for the first time. Suffice it to say that this is up there with Heat. It’s a masterpiece that I’ll definitely be revisiting soon. 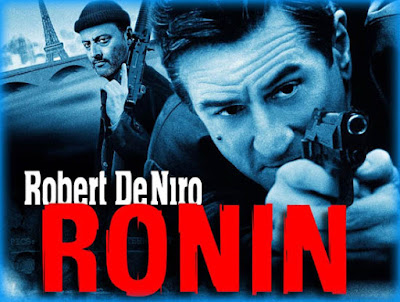 Adam: Another one I haven’t seen. This is getting embarrassing. I’m going to have to see Ronin sometime soon. Everyone I know who’s seen it says it’s great. My next new-to-me discovery this month was Walter Hill’s fantastic action flick, Southern Comfort. It stars Keith Carradine and the always great Powers Boothe as two members of a Louisiana Army National Guard squad who run afoul of some mean Cajuns while on weekend maneuvers in rural bayou country. Other recognizable faces in the unit include T.K. Carter, Fred Ward, and Peter Coyote. This is a tense thriller with a great macho ensemble. The first two acts are this awesome cat & mouse stand-off between our very flawed heroes and the Cajun posse (led by Brion James) and, as if the movie wasn’t good enough already, it closes with a gruesome showdown in a threatening village that feels like an evil Renaissance Faire. I’ve been a fan of Boothe since Rapid Fire, Sudden Death, and Tombstone, so going back and looking at an earlier lead from him was a real treat. I’m trying to watch more of Walter Hill’s back catalog this year. I’ve only seen about a half dozen of his movies to date. I’ll try The Driver, Johnny Handsome, or Extreme Prejudice next. 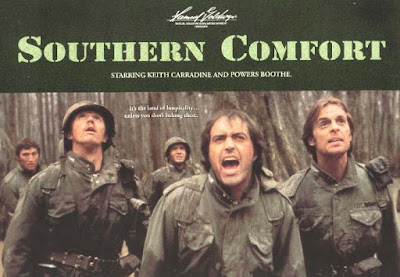 Rob: You had me at evil Renaissance Faire. Never seen that one, either! This is fun. My next pick is 2018’s Hell Fest, a movie you’ve been beating the drum for since its release. We were texting back and forth a bit while I was watching, and I’d be lying if I said it didn’t get a little bit of a Riske Bump, but I think it’s a great example of a movie that knows exactly what it is, is really excited to be that thing, and doesn’t try to be anything else. Despite the running FTM joke about the teen characters being the worst people imaginable (my new crush on Bex Taylor-Klaus notwithstanding), the film is well-constructed and energetic enough to keep us invested. You can see how Gregory Plotkin’s history as an editor (Get Out, Happy Death Day) has given him solid instincts in the director’s chair, and I’m excited to see what he does next. Hell Fest drags a bit in the last forty minutes, for sure, and there are about as many misses as there are hits, but that assertive sense of joy goes a long way. It’s smart, but not too clever for its own good. It plays with conventions without getting too cute about it. It’s solid! 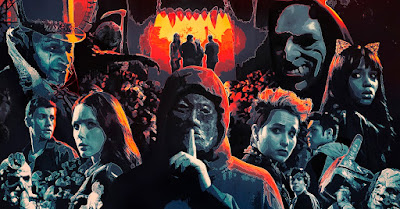 Adam: I’m glad you liked it! My top pick of the month is The Lords of Flatbush, a greaser slice of life dramedy starring a very young Sylvester Stallone and a pre-Fonz Henry Winkler in a supporting role. There’s so much to like in this movie: the pre-Rocky Stallone performance where you can tell right away he’s going to be a movie star, the almost vignette structure that at the beginning feels casual but becomes rather poignant by the end, and a great soundtrack of tunes by singer Jamie Carr that sound like Phantom of the Paradise tracks sung by Joe Cocker. The standout of this movie is Maria Smith, who plays the Stallone character’s long-suffering girlfriend. There’s a scene in a jewelry store where Maria Smith and her friend trap Stallone into buying Smith an engagement ring that’s so perfect I went back and watched it a second time. To anyone thinking of watching The Lords of Flatbush, I suggest you also read Quentin Tarantino’s blog essay about it on the New Beverly Cinema site. It helped me appreciate the movie even more than I did already. I think you especially will like this one, Rob. 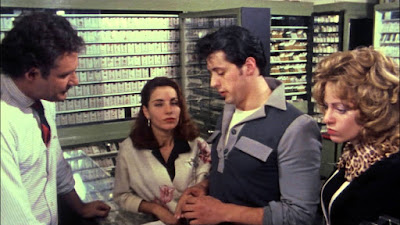 Other new-to-me recommendations from January I have are a Saturday Night Fever tribute comedy from Singapore called That’s The Way I Like It, last year’s documentary Hal about the life and career of filmmaker Hal Ashby, the Frank Sinatra-Sterling Hayden genre thriller Suddenly, and Wildlife, a moving drama starring Carey Mulligan, Jake Gyllenhaal and Ed Oxenbould, all doing great work.

Did you have any other recommendations you’d like to mention?

Rob: Wildlife was one of my 2018 honorable mentions. That one hits hard. Other recommendations include Sergio Leone’s four-hour epic Once Upon a Time in America (speaking of De Niro), Jason Reitman’s Tully (which would have made my honorable mentions had I seen it in time), and the documentary My Beautiful Broken Brain, which I’ll probably talk more about in an upcoming installment of Weird on Top. What are we doing next week?

Adam: We’re celebrating Spike Lee’s recent Oscar nominations by covering six films of his that either you or I or both of us have never seen. I can’t wait. Until next time…