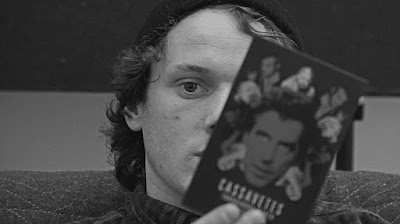 The review duo with recommendations for when the Cleveland Browns aren’t playing.

Adam: The monthly discoveries series continues with our picks from the beginning of August until now. Be sure to add your discoveries in the comments!

My first pick is a new documentary in limited release about the late actor Anton Yelchin called Love, Antosha. It’s not a groundbreaking film in itself, but it does show how beloved Yelchin was by his family, friends and castmates along his too brief life & career. He seemed like a nice person, kind of a renaissance man, and this documentary is a celebration of his life and filmography. I needed this documentary a little bit. I’ve been hesitant to revisit the Anton Yelchin films I like sometimes because I thought his passing would be too distracting and make me sad. This documentary felt like a way to say goodbye and pivot to celebrating his work in a way I hadn’t yet. It’s a bummer that sometimes you only realize how much you like an artist because their death provides a checkpoint.

Rob: You told me a Chris Pine-related story from Love, Antosha that really sold me on it (not that I needed to be sold). I can’t wait to see it. My first pick is Brittany Runs a Marathon, a new comedy from writer/director Paul Downs Colaizzo and Workaholics’ Jillian Bell. Based on a true story, it features Bell as a late-20s slacker who decides to turn her life around by running the New York Marathon. It’s exactly what you think it is, to be honest, but I was impressed by the routes it takes to familiar conclusions. Bell’s Brittany explores body image, self-esteem, and addiction in ways that never feel condescending or debase her humanity for dramatic effect. There’s a powerful moment concerning body weight that I’m still thinking about. Bell is supported by great performances by Utkarsh Ambudkar, Micah Stock, and Michaela Watkins, each of whom explores their own personal setbacks and complications. I have to admit that this one gets a bit of a bump because Bell and Colazzio did a Q&A at my screening and both told great stories about the making of the film. Even so, it’s worth your time. 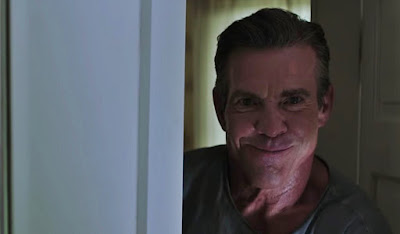 Adam: My second pick is one of my favorite so-bad-it’s-fun films of 2019 and that’s The Intruder. It’s a recycled ‘90s-style psycho thriller from Screen Gems and Michael Ealy that feels bland in the usual ways until the supernova of Dennis Quaid takes over. This is a prime example of an actor entirely transforming an otherwise pretty forgettable film. He is C.R.A.Z.Y. in this movie. Even better, his performance is like a tuning fork for the rest of the film’s camp value. I’m going to hook you with my favorite example: Ealy and Meagan Good (who plays the woman of the house) go out for frozen yogurt. Ealy (whose character had problems with infidelity in the past) starts openly hitting on the cashier as they talk about swirl ice cream with a peculiar sense of discovery. It goes something like:

Ealy: “What do I want? Chocolate? Vanilla?”
Cashier: “How about Swirl?”
Ealy: “What’s that?”
Cashier: “It’s chocolate and vanilla together!”
Ealy: “So it’s all mixed up.”
(Both giggle)

I love this movie. It’s one of those films where the main couple buy a $3M house and the guy’s job is...you know--advertising. Nothing makes me happier in a movie than when someone’s wealth is explained by the fact they have a career in advertising. Like that’s an automatic to being rich. You entertain clients, you have a friend who follows you around the office saying how great you are, you have problems keeping your weiner in your pants, and you present pitches to people so obvious that a high schooler could top them ...that’s the ad game, baby! 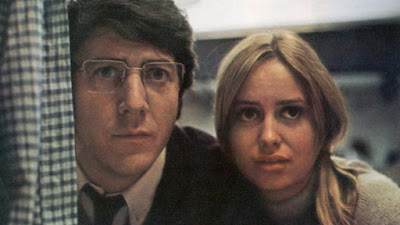 Rob: You were texting me while you were watching The Intruder, and it’s my great shame that I didn’t ask you to restart so I could watch along with you. This one is at the very top of my list. My next pick this month is less a recommendation than it is an opportunity for discussion: 1971’s Straw Dogs. I’m going to admit a great movie shame right now, and it’s this: I’d never seen a Sam Peckinpah film in its entirety until this one. I’ve seen enough clips from The Wild Bunch and Bring Me the Head of Alfredo Garcia to get the gist, and I’ve seen examples of his technique in film classes in order to understand what makes him special, but I just never made the time for the films themselves. That said, Straw Dogs is a film I can appreciate intellectually without condoning in any other way. It’s an ugly picture by 2019 standards, of course, but that’s not really my objection. It’s that Straw Dogs feels more like a transgressive exercise than a story. That’s fine, don’t get me wrong. Art should push boundaries. I’ve just already learned everything Straw Dogs wants to teach me, and so I don’t think I’ll ever revisit it. 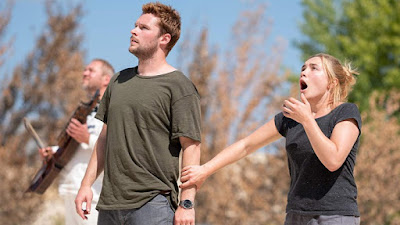 Adam: My final pick this month is Ari Aster’s director’s cut of Midsommar. I don’t think this version is on par with the theatrical cut, but it’s worth checking out as a curiosity. It feels like a different movie in a lot of ways. For example, the film is more an ensemble piece than a character study for Florence Pugh. It also gives a lot more insight into Jack Reynor’s character so he comes off worse in this cut than he did in the theatrical version. Of the added material, there’s one scene I really wish was left in the movie where Pugh and Reynor have a very real relationship argument and it’s great. I read that this version of the film is only going to be available exclusively on Apple TV and that’s pretty lame. It should be readily available on disc for fans and collectors and not used to bait people into buying a new device/service. If it’s playing in a theater near you and you’re a fan (i.e. not seeing it for the first time), I’d recommend checking out the director’s cut of Midsommar.

Rob: That Apple TV thing is super lame, but considering the crossover between Midsommar’s niche audience and physical media collectors, I’m hopeful that a director’s cut disc will be released at some point. My last pick this month is Booksmart. I know, I know. Where have I been? Better writers than me have written better and more insightful things about it than I possibly could, so all I say is that I loved it and I can’t wait to see it again. Aside from Once Upon a Time in Hollywood, it’s the most watchable entry on my Best of 2019 So Far list, the kind of film I know I’ll be throwing on without worrying too much about tonal issues or time commitments. I won’t commit the great sin of comparing it to Superbad, but if I were to do that, it would be a profound compliment. The bit when Amy and Molly each step out of their teacher’s car, take a beat, and start gushing about how beautiful the other one looks? That’s easily among my favorite movie moments of the year. It’s 2019’s Eighth Grade, as far as I’m concerned. 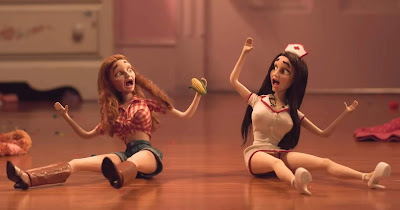 Adam: A couple other new discovery recommendations I have from August are The Farewell, which you wrote a great review for, and Brian Yuzna’s Society, which is worth watching for the insane final 20 minutes.

Rob: More films should end in a quality shunting. My honorable mentions this month include Rocketman — the best of the recent Classic Rocksploitation trend — and Juliet, Naked, a fun romantic comedy that Patrick recommended a few weeks ago. We’ll be back on schedule next week with a look at Fear Strikes Out, starring Anthony Perkins.