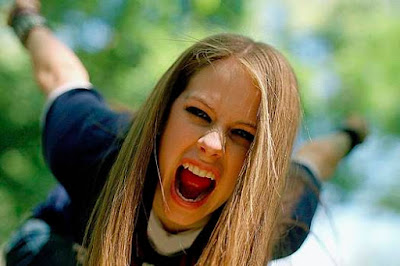 In which we just talk about stuff.

Rob: This week, we’re taking a little breather from all the award season hubbub and just catching up with each other. We may talk about movies, but we may not! If you’re not into that, then feel free to skip this and join us next week for our discussion of Donnie Brasco. We won’t hold it against you.

Two questions to start, Adam:
1. How do you feel about the White Sox’s offseason, so far?
2. What are your 2002 pop song power rankings? (Top five).

Adam: The White Sox (a team I love as much as movies) are making me stupid happy this offseason. They haven’t made the playoffs since 2008 and haven’t had a winning record in a season since 2012. It’s been a long stretch for my favorite team. They finally began a rebuild in 2016, adding prospects and losing for a few years to secure more and more young talent for the next time they’re able to contend. And the time is now! It’s such a baffling offseason because of how logical it’s been by the Sox. They’re filling needs! They’re not overcommitting to free agents in terms of years and money! They’re allowing for long-term payroll flexibility when their cheap, young guys are free agents themselves and no longer cheap, young guys. This is the first year I’m going to Opening Day since 1993. I’m beyond excited for the White Sox season to begin. Of all the offseason adds I’m most excited for, it’s a tie between signing super-prospect Luis Robert to a six-year deal (with an additional two-year club option) and a new contract for Sox color analyst extraordinaire Steve Stone, who can see into the future. I’m not kidding. It’s a running joke that he’s psychic. He also knows everything about every ball player at every level of every team. I can’t wait for the Sox to kick some Minnesota/Cleveland ass this year. 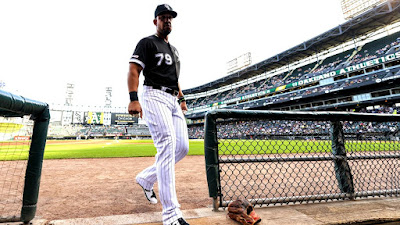 2002 Pop Song Power Rankings:
1. “Love at First Sight” - Kylie Minogue. Because it’s the early 2000s dance music I love and she’s a lady wearing a white undershirt in the video, which is my ultimate weakness.
2. “Lose Yourself” - Eminem. Because 8 Mile is amazing and this is the best part of it. #MomsSpaghetti
3. “Sk8er Boi” - Avril Lavigne. Because she’s one of my favorite singers and I have a crush on her.
4. “Hero” - Chad Kroeger. Because it’s on the Spider-Man (2002) OST.
5. “Dirrty” - Christina Aguilera. Because it’s dirty.

Rob-
1. Do you have any New Year's resolutions?
2. Who is one celebrity you still like even though it’s not cool to like them anymore?

Rob: I think Erika mentioned something along these lines on Twitter the other day, but the whole New Year’s resolution thing is odd for me because I’m a teacher. My new year is in September. Still, separating the personal from the professional is always a good idea, so here goes: One resolution would be to take greater enjoyment out of idle time. I don’t have a ton of it, but when I do, I tend to literally make myself sick to my stomach with indecision about how to use it. The other night, I had a spare two hours and I stared at my stack of remaining unwatched screeners, determined to use the time productively. Do I watch Brian Banks? No. Downton Abbey? Well, I haven’t watched the show yet, so no. A Hidden Life? Some day, but come on. It took me a solid hour to realize I didn’t actually want to watch anything. Then I got so irrationally angry at myself for wasting time that I just went to sleep. So, I’d really like to stop doing things like that.

Adam: 2019 is over. You don’t have to “Your Consideration” those movies anymore. 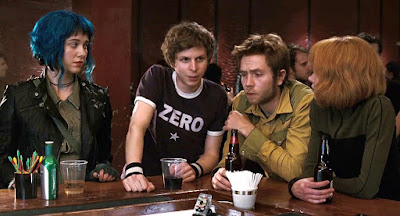 Rob: My first instinct on the celebrity question is to go with Kevin Smith, but I tend to talk a lot about him. Instead, I’ll go with Michael Cera. There was a time when he was the up-and-coming indie kid, the Awkward Boy archetype whose biggest appeal was his lack of appeal. After codifying the persona with Arrested Development and Superbad, he spent a few years coasting on it (Juno, Nick & Nora’s Infinite Playlist), then a few years trying to escape and/or parody it (Youth in Revolt, This Is the End). He’s currently in an in-between phase, it seems, but I think he’s due to break the mold with one really strong, redefining performance.

Ok, you’re up:
1. What would be your perfect Mahoning Drive-In weekend theme?
2. What are your 1998 pop song power rankings? (I promise I won’t keep doing this. I just love your answers.)

1998 Pop Song Power Rankings:
1. “Kiss Me” - Sixpence None the Richer. Achingly beautiful. Music to kiss someone on the forehead to because it’s about love and not just the physical thing.
2. “Millenium” - Robbie Williams. The song’s completely made by the You Only Live Twice sample. It’s fantastic.
3. “Music Sounds Better With You” - Stardust. A fun dance song that will make you feel like you’re shopping for khakis at the mall.
4. “You Get What You Give” - New Radicals. Because it’s one of the best one-hit wonders of the ‘90s and sounds like a song made specifically for the third act of an Adam Sandler comedy.
5. “Together Again” - Janet Jackson. Because it makes me happy. 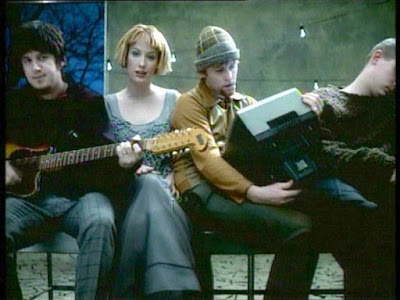 Rob, it’s time for you to play this or that:

Plus: 1. 5 posters (movie or other) you’ve owned and either pinned or framed on your wall
2. Tell me about your favorite part-time job.

Rob:
1. Ballad Mariah, for sure. “Always Be My Baby”? My friends and I did a sped-up punk cover of that in our high school band, and while we were terrible, we only proved the song’s timeless resilience.

2. Obviously they’re both World Series (losing) years, but they’re such different teams. As we’ve talked about before, the ‘93 Phils were basically your dad’s beer league softball team: Lenny Dykstra, Curt Schilling, John Kruk, Darren Daulton. I still love watching highlights on YouTube of them shuffling awkwardly around the bases and combing their mullets in the dugout. But I have to go ‘09, of course. Utley, Hamels, Howard, Werth, Rollins, Victorino, Lee, Ruiz. We were coming off of our ‘08 win, and we felt like we’d be contenders for the next decade. We weren’t, but. It was nice. 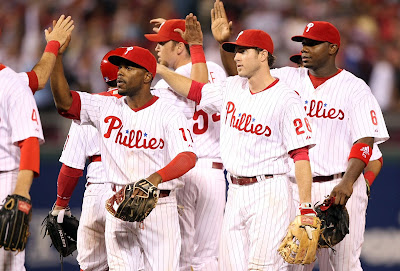 3. I was always a Sega Genesis kid. I don’t think I ever owned a Super Nintendo.

4. You know what? 4,5, and 6: Joe Versus the Volcano, You’ve Got Mail, and Courage Under Fire. My reasons should be obvious and will remain private.

I’ll go with five that were in my bedroom growing up: Green Day, Buffy the Vampire Slayer, Kill Bill Vol. 1, Ferris Bueller’s Day Off, and The Phantom Menace.

I worked for UPS in a number of capacities during college and graduate school (Yeah, I had the shorts). I started out sorting international packages on the evening shift, became a supervisor there, and then shifted over to supervising and logistics during the day. I learned to drive stick on a UPS truck by driving around in circles at the airport. I found all kinds of great shortcuts around my area when I was a driver’s supervisor and had to deliver all the packages loaded onto the wrong trucks. I learned a ton from that job, honestly, and I did it at night for as long as I could once I started teaching. I still miss it.

Adam:
1. If it’s 1996 Banderas he’s going to be in romantic mode. I feel like he would inhale Pugh like the snake in Anaconda, so I’m ruling that out. 1992 JJL was Single White Female JJL. I’m not quite on board there, either. I am totally into 2020 era (era) with Danny DeVito. Non-romantic. Something like The Guilt Trip with Pugh as DeVito’s granddaughter or something.

2. $100 at Bed, Bath and Beyond...first of all, thank you. If it were around the holidays I would load up on Chanukah decorations because no one has more Chanukah merch than BB & B. If it’s right now, I’d probably throw some of my own money in and get a really swell piece of artwork to hang up behind the couch in my living room. 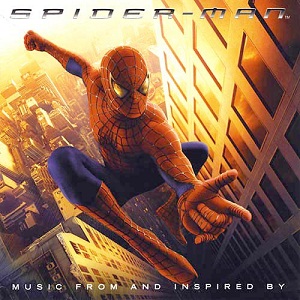 3. The CD that spent the most time in my car CD player would be one of the Raimi Spider-Man soundtracks. I’ve listened to them multiple times a year going on for about 15 years. I don’t even own them. I check them out from the library. Sometimes I look to make sure they’re still there even when I’m not checking them out. Those albums are self-care.

Last questions for you:

1. Favorite album of all-time?
2. Favorite food? What is it and where do you get it?
3. If Al Pacino was right in front of you and you had an hour to hang out with him, what would you say to him first?

1. As an adult, it’s Tegan & Sara’s Heartthrob. Before that, it was Blink-182’s Enema of the State and Alkaline Trio’s Goddamnit.

2. My all-time favorite food is my mom’s chicken cutlets. I get them at my mom’s house. You’re all invited.

3. If I could get over my stammering and shell-shock over meeting him, I would probably ask him what he thinks all of his famous characters are up to today. Speaking of which: Did you see that video of Sly Stallone introducing Al Pacino to Guy Fieri? Well, I used to have this picture of Hunter S. Thompson, Johnny Depp, and John Cusack in a convertible together, and I always wanted to be the fourth in that group. Now, it’s Stallone/Pacino/Fieri. What in the holy hell do those three talk about?

This was great! Join us next week as our All Pacino returns with Donnie Brasco. Until next time…