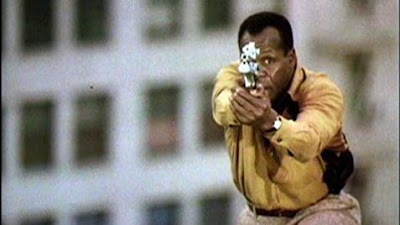 Stephen Hopkins has, in the last several years, become one of my favorite "That Guy" directors -- a term I've coined for genre directors who are not household names but who can be depended on to get the job done. They can be stylish, they can be muscular, but more than anything they know how to make clean, satisfying action and horror movies. They're filmmakers like Mark L. Lester, James Glickenhaus, Dwight H. Little (you my boy), Jack Sholder, and Joseph Zito. (The list is much longer, but you get the idea.) Stephen Hopkins belongs on that list.

A Jamaican-born Brit who began his career in Australia, Hopkins got his start shooting second unit for Russell Mulcahey (another "That Guy" director) on Highlander before graduating to his own films. He made franchise sequels, originals, would-be franchise starters, would-be blockbusters, cult action movies -- all of it. He later found a ton of success in television, but it's his theatrical work that gets me excited. He deserves to be celebrated.

1. Dangerous Game (1988) Hopkins' first feature is an Australian sort-of slasher about a psychotic cop who torments and eventually stalks a group of young people who've decided to spend the night in a department store (never a good idea in movies, unless you're Frank Whaley). The movie is stylish but rough around the edges, like some of Peter Jackson's early work minus the splatter. It has that kind of energy. Like a lot of first movies, it doesn't all work but certainly announces a talent. It's easy to see how this movie led to Hopkins getting his next feature, A Nightmare on Elm Street 5. 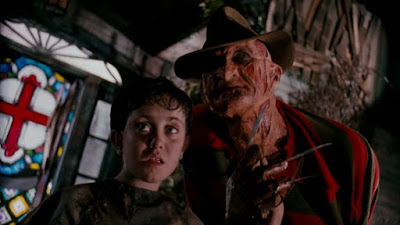 Speaking of which! Hopkins' American debut is, for me, the most underrated entry in the Elm Street franchise, not because of the script but mostly thanks to the visual flourishes and appropriately dreamlike approach Hopkins takes. Working under a rushed schedule, slashed budget, and immense pressure, Hopkins turned out the darkest of the Elm Street sequels and one with its own identity even at a time that Freddy fatigue had long since settled in. Though he’s never quite able to elevate the film’s story elements, Hopkins brings fresh imagination and a gothic visual sense to The Dream Child, resulting in a sequel that is arguably the most surreal in the franchise. Released pretty much after the '80s slasher cycle had ended, The Dream Child all but killed the franchise when it was released at the end of the decade. At the very least, it's a better, more ambitious sequel than it gets credit for being. Stephen Hopkins deserves the credit for that. 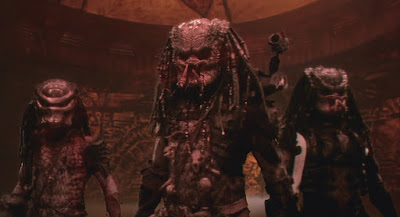 Sticking with franchise sequels for his next movie, Hopkins steps in for John McTiernan in this sequel to the great Predator that moves the action from the South American jungle to the streets of a futuristic (by which I mean "1997") Los Angeles. Danny Glover leads a squad of cops in a pretty racist drug war that's interrupted by a visitor from outer space who's come to Earth to hunt for sport. Hopkins brings a workmanlike efficiency to his sweaty sequel, complete with decent world-building and clean action. There's less an emphasis on music video visuals here, suggesting Hopkins could have had a long career as heir apparent to filmmakers like McTiernan or Walter Hill. 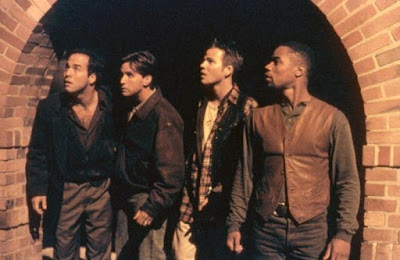 This, I suspect, is one of the movies for which Stephen Hopkins will be best remembered, as it has the best cult life of all his films. Emilio Estevez leads a group of friends out for a night when they end up lost on the wrong side of town and witness a murder by gangster Denis Leary, who devotes the rest of the night to hunting them down in the hopes of killing them. The movie is probably most famous for its rap/rock crossover soundtrack (which, to be fair, fucking rules), but the rest is pretty terrific too. He's once again making B movies on A budgets (or pretty close to A budgets; this one has a nice cheap and grimy feel), here getting the most out of his best cast to date, some stellar location work, and more clean, no-nonsense action. I'm not sure if it's Stephen Hopkins' best movie, but I think it's his best movie. 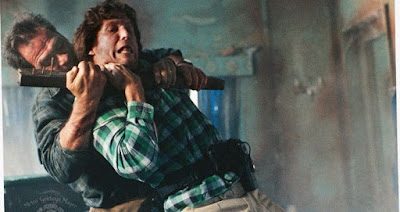 Hopkins moved away from more niche genre stuff and towards the big studio blockbuster model with this one, an action drama pitting Jeff Bridges against Irish terrorist Tommy Lee Jones in a battle of wits and explosives. The movie wound up blown away (sorry) at the box office but the other "mad bomber" movie of Summer '94, Speed, but it's not without merit. Bridges is good as always; Jones maybe less so, but it doesn't help matters that he had to loop his entire performance twice when test audiences struggled to understand his accent. The craft on display is really first rate, with Hopkins digging into creating set piece after set piece and maximizing the suspense. It's a little on the nose at times -- U2 songs because Irish -- but I miss this kind of studio movie. 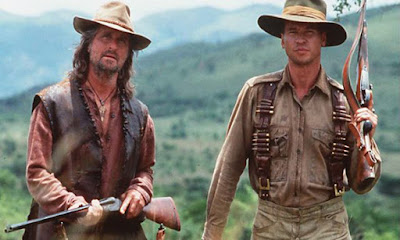 Keeping the A-list streak going, Hopkins directed this old-fashioned adventure yarn about an engineer (Val Kilmer) sent to supervise a bridge building project in Kenya that becomes threatened by the presence of two man-eating lions, the titular Ghost and the Darkness. Enter Michael Douglas as a big game hunter who promises to kill the lions. There are some White Savior issues, seeing as it centers on two white men in turn-of-the-century Africa, but it's also based on a true story, so there we are. Michael Douglas is a great movie star, but he's somewhat miscast here because there's something inherently modern about him that makes him feel out of place in a period piece. Working with better material than his mostly B-movie career had previously afforded him (the screenplay is by William Goldman), Hopkins delivers rock solid Saturday matinee entertainment. With a $75 million gross, this was one of the filmmaker's biggest hits. 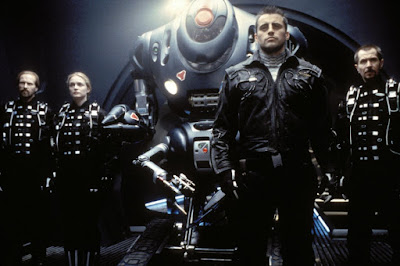 While it outgrossed all of his other movies, this should have been Stephen Hopkins' biggest success, quality wise: so many of the right pieces were in place, but like with several of his movies, it only sometimes works. The cast is excellent, the production design first rate, the intentions only good. What sinks it is an episodic and frequently terrible script (by Akiva Goldsman, so of course) and some wonky effects that were probably too ambitious for the period in which the movie was produced. I'm a big enough Stephen Hopkins fan that I still like Lost in Space despite its many, many problems, but I'd be lying if I said it wasn't the kind of movie that's just good enough to make me wish it was better. Still, Hopkins has the honor of directing the movie that unseated Titanic at the box office. 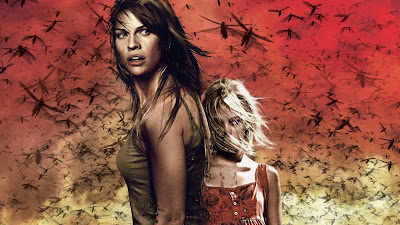 The 2000s were a weird time for Stephen Hopkins. He won an Emmy for directing The Life and Death of Peter Sellers on HBO (of which I tried and failed to procure a copy, explaining its exclusion on this list), but worked less in theatrical features, focusing much more on producing and directing television shows like 24. When he did return to the big screen, he made movies like The Reaping, a largely unsuccessful Southern Gothic horror film about biblical plagues and the second coming of Satan as a young girl. I like that Hopkins went back to his genre roots for this one -- it's where he's most comfortable as a filmmaker and where he excels the most -- but he's unable to produce the same results he had in the 1990s. I appreciate how the finale really goes for broke, but even that is undermined somewhat by more subpar VFX. It's Lost in Space all over again. Stephen Hopkins deserves better. 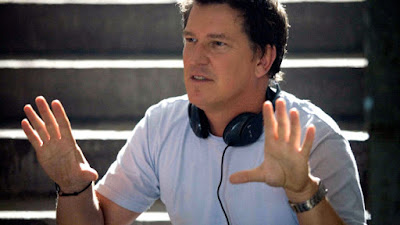 *Thanks to Adam Riske for coining this expression after an amazing Stephen Hopkins Q&A we attended.
Posted by Patrick Bromley at 5:00 AM

Email ThisBlogThis!Share to TwitterShare to FacebookShare to Pinterest
Labels: a nightmare on elm street 5, blown away, director essentials, judgment night, lost in space, predator 2, stephen hopkins, the ghost and the darkness