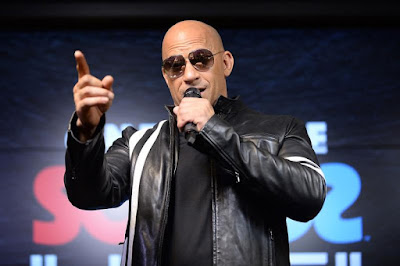 “We all began as something else.”

In celebration of F This Movie! hitting double digits in age to cap off a pretty good decade of movies, I took a look back to highlight five of my favorite columns and episodes. No particular order:

It’s not necessarily the best, or the longest, or the most award winning, but this one sticks out in my memory as one of the most fun. And why wouldn’t it? Patrick and I have long shared a love for slightly overcooked sci-fi, action, and all things Vin Diesel, and the Riddick movies are all of that wrapped up into one. The Vin Diesel love has spread to the rest of the site, and it makes sense because, as we discuss on this particular episode, Vin Diesel is a man who tries to fully inhabit his passions, no matter how nerdy it may be or how incongruous it may seem to his tough guy exterior. He totally understands what “movie love for movie lovers” means. 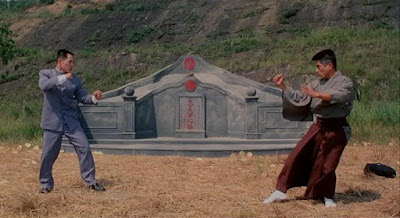 One of our first columns on kung-fu movies, and a fun one to write about because I love it, and still love it, so much. It will probably forever hold the gold standard for no-frills hand-to-hand combat because it has everything I’m looking for: real action between insanely talented, athletic performers, no camera tricks, little speed ramping, little wirework, and narratively motivated. I mean look at this. LOOK AT IT:

It’s maybe the third or fourth best fight of the movie! It’s so great. 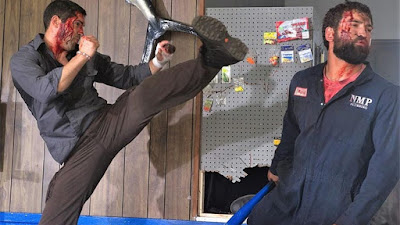 Speaking of kung-fu and action movies in general, we got to talk about a whole mess of them in this episode, including FTM Hall of Famers like Universal Soldier: Day of Reckoning, Scott Adkins, Zoe Bell, John Woo, and long action takes. It captures the spirit of what I love about FTM, which is the site’s ability to recreate the rambly movie discussions you would have with your friends on the car ride home or outside of the theater, where you excitedly talk about not just what you watched but it reminds you of. Incredibly, we did this in a mostly pre-John Wick world? Also, it gave us a great idea for a future version of this episode but for gunfights. 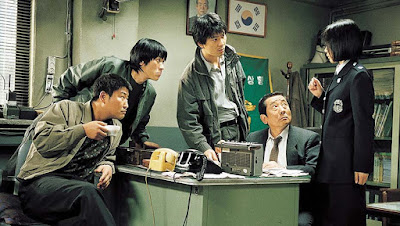 Although a recent one, I could only have written about this one recently, despite the movie coming out in 2003. If you were to say, back in 2003, that not only would director Bong Joon-ho be one of the most respected directors in the world, or that a Korean language film would win Best Picture, but that Korea in general would take over popular culture, nobody would have believed you. As a Korean-American, I didn’t set out to watch movies because of my Korean heritage, but, like Director Bong, I got into it because of the American movies of my youth. To have the culture of my birth, which to me is so familiar but so small, become the focus of so much positive artistic attention is wild to think about. I didn’t ever really want to write about Korean movies, nor feel like I have to, but I’m proud that there’s something credible out there to embrace, which is part of the larger conversation we’ve been having in our culture about representation in popular media, FTM included. I wouldn’t have written about this movie back in 2003 because I never would have had access to it; it’s special to have a space to talk about it, and it reminds me of all the other people who deserve that same attention. I’d like to think FTM is trying to be a part of that, as well.

5. Column: Favorite Things about My Friendship with Patrick 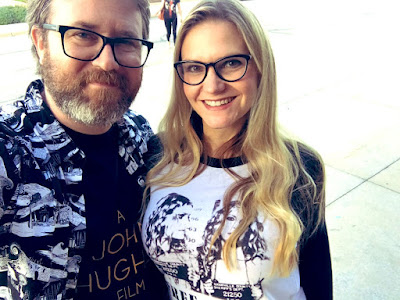 The origin story is not complex. Patrick’s wife, Erika, and I work together, and we started talking about movies, laughed at each other’s jokes. She introduces me to her lovely husband, we all laugh at each other’s jokes, and Patrick asks me to come on this little movie podcast he’s starting. I get to come talk and write about movies? What Patrick doesn’t know is that I would pay him to let me do that. This particular column talks about how my friendship with one of the kindest, humblest people I know has pulled me deeper into an artform and a passion than I ever could have gone on my own. It’s connected me with friends and movies (which are almost like friends) that forced me to grow and change and think about how and why I do things, and that’s truly one of the most loving things that a friendship can offer to anyone. Thanks Patrick, and thanks FTM crew and community. I hope we keep doing this for so many more years, but even if we don’t, I know that I’ve received so much that I’ll never forget.
Posted by Patrick Bromley at 2:00 AM

Email ThisBlogThis!Share to TwitterShare to FacebookShare to Pinterest
Labels: f this movie 10, fist of legend, memories of murder, riddick