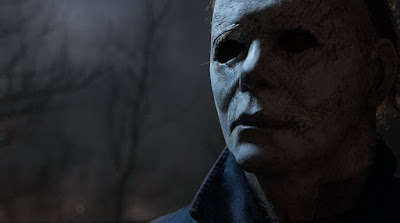 The review duo who might have some controversial opinions here.

Adam: This week we thought it would be fun to give each other five “F, Marry, Kill” scenarios using horror sequels. For those of you unfamiliar with the game, we “Marry” the one we like the most, “F” the runner-up and “Kill” our least favorite movie of the three choices. Let’s begin!

Rob: I’m going to F Wes Craven’s New Nightmare because it’s a solid dry run for Scream, a much better movie. I’m going to marry The Texas Chainsaw Massacre 2 because I love when sequels go all meta and screw around with the original. I’m going to kill The Conjuring 2 because — and here goes any and all horror cred I may have acquired in my tenure at F This Movie! — I just don’t like the Conjuring-verse. I don’t think they’re poorly made or offensive. I don’t think the people who made them are bad. They’re just not my bag. I’m really sorry, everyone. I like Patrick Wilson and Vera Farmiga! I do! I’m just not a Conjuring guy. 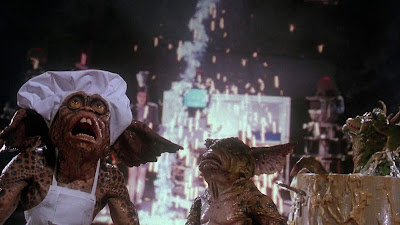 Adam: The Marry choice is definitely Gremlins 2: The New Batch. I like that movie a lot more than the original Gremlins, which is good, but G2 flat-out rules. I guess I’ll F Blade 2 even though a recent rewatch of it left me somewhat cold. I can recognize it’s a good movie but it doesn’t mean much to me personally. I’ll Kill Wishmaster 2: Evil Never Dies. I love Andrew Divoff, obviously, as the Djinn but a narrative got picked up along the way here on the site that I’m an unabashed fan of the entire series when it’s really just the original that I love. Being #1 Wishmaster fan has become taxing at times and I want to let my fans out there know that I’m ride or die for the original but you probably like the sequels more than I do. I feel like I just let a lot of people down.

Rob: To be clear, I don’t think I’ve ever heard you speak fondly about the sequels. I’m pretty sure we watched Wishmaster 2 together and both found it pretty forgettable. I honestly get angry at the fact that there even are sequels because each one sullies the original.

Adam: There’s no way to sully the original. It’s like Jaws in that way. Rob, your next one is:

Friday the 13th Part 2, Final Destination 3, and The Devil’s Rejects 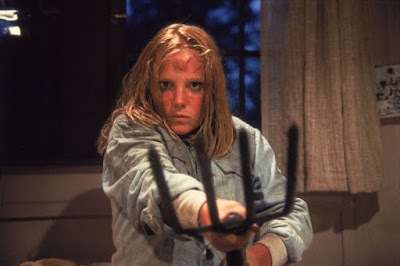 Rob: I’m going to F The Devil’s Rejects because I feel like that’s what Rob Zombie would want. I’m due for a rewatch of most of his movies, but I know that my favorite Zombie films are The Lords of Salem and Halloween 2. So, F feels right for The Devil’s Rejects. I’m going to kill Final Destination 3 because I’ve never seen it. I’m going to marry Friday the 13th Part 2 because it’s in my top five for that series and because I like Halloween: H20, also directed by Steve Miner.

Adam: Are you mad at me?

Adam: I’ll Marry Pet Sematary 2 (which is a bizarre thing to type) because I’m oddly drawn to that mean-spirited, evil, extremely unpleasant movie. I’ll F Blair Witch. I haven’t seen it since an opening night double feature with Snowden and I was really disappointed by Blair Witch that night but I do see myself giving it another chance at some point. I’ll Kill Piranha 3DD. I haven’t seen that one but it’s directed by John Gulager, who made Feast and I was barely able to get through that movie which is the main reason I never bothered with Piranha 3DD despite liking the 2010 Piranha.

Rob: Oh, man. This is tough. I like all of these movies. Ok, I’m going to kill The Purge: Election Year. It might be my favorite Purge, but it’s the most straightforward in the series, which makes it stand out in a bad way in this lot. I’m going to F Bride of Chucky because, while it’s weird and awesome, it’s definitely a viscerally fun experience more than a lasting one. Psycho II is a legitimately strong and interesting sequel that’s one bad twist away from being a real masterpiece. I’m marrying that one.

Adam: These are all movies I’ve only seen once for one reason or another, so it’s a tough one. I’ll Marry Halloween (2018) because for the 11th Halloween film, it’s really strong even though it does that side-quel thing I’m not too crazy about. I’ll F Saw III despite it not being one of my favorites of that franchise. I remember feeling bad about myself after seeing it, like what does it say about me that I went to go see a movie like this. I’ve gotten over that kind of snobbery in the subsequent years thankfully. I’ll Kill Day of the Dead (sorry, everyone). I think that movie is boring, but I’m afraid to say that out loud around horror fans. I love Night of the Living Dead and Dawn of the Dead, but Day has always been one whose reputation confused me.

Your next one is:

Rob: Killing It: Chapter Two because I never got more than an hour into it. I’m sorry, everyone. I don’t find any incarnation of It to be all that interesting. I’m going to F Creepshow II because, like most people, I like “The Raft” and not much else about it. Marrying Scream 4 by default. I’m just going to come clean: I don’t like any of the Scream sequels. I get that Scream 2 is objectively good, and I get that 3 and 4 have their defenders. But not one of them really justifies its existence in the same way the first one does. Scream is lightning in a bottle. That’s just me. I get it. I’m sorry again, everyone. Adam: I’m going to annoy a lot of people with this one. I’ll Kill Friday the 13th: The Final Chapter even though I like the film and would rank it in my top 5 Friday movies. I just like the other two movies more. I’ll F The Exorcist III, which is only because I want to Marry Annabelle Comes Home. The Exorcist III is a terrific movie with an amazing George C. Scott performance. It’s one of the best horror sequels and works equally well as a drama. I just have to choose Annabelle Comes Home as my favorite. I rewatched it last weekend and it only confirmed my love for the movie the first time around. It’s unusually big-hearted for a horror movie and I adore how much it loves its characters and wants the best for them. The end of the movie (which involved people going to a lonely kid’s birthday party) made me cry, which is embarrassing but true. It’s just a rare, fun haunted house movie and it hits me right in the feels.

Ok, your last one is:

Rob: Marrying Hello Mary Lou: Prom Night II. I don’t think I’ve ever even seen the original Prom Night, but I’ve seen its awesome sequel, and it rules. I’m going to F Jaws 2. We’ve chronicled our thoughts on the Jaws movies in the past, and I’ll maintain that there’s just enough angry, drunk Roy Scheider in Jaws 2 to justify a solid F. I’m killing Freddy’s Dead: The Final Nightmare because I’m watching it while we write this and it’s fucking terrible. It’s one of those late-in-the-game sequels that tries to make the best of a convoluted series mythology and just fails miserably.

Adam: Haha. I like Freddy’s Dead but that’s all nostalgia. Your last one is really good. I’ll Kill A Nightmare on Elm Street 3: Dream Warriors. I really enjoy that movie but it’s my third favorite of the series (after the original and The Dream Child, don’t @ me). Army of Darkness is great but I peaked with that movie when I was in my early 20s. I have trouble going back to it because I loved it so much at a young age that it’s more checking boxes when I watch it now. So, that will be my F. I’ll marry Doctor Sleep because holy hell is that a fantastic movie. I think it should be in the conversation of best Stephen King adaptations.

This was fun! I’m going to need to fit in Hello Mary Lou: Prom Night II before the month ends. Until next time...