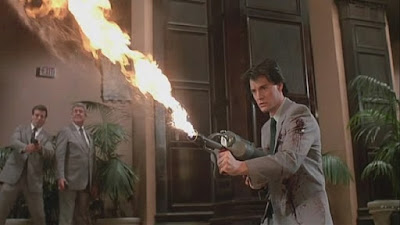 The review duo who provide physical therapy to smashed pumpkins.

Adam: We’ve reached the halfway point of Scary Movie Month and it’s time to compare notes on what we’ve watched to date. At this point, I’m somehow already up to 35 movies watched in October, with 16 of those being new-to-me watches. From the list we put together at the beginning this month (new-to-me movies we planned to watch for the first time), I’ve watched 2 of my 5 picks - The Hidden and Puppet Master. I thought The Hidden was really good. It’s just as much of a science fiction/action movie as it is a horror film. It tells the story of a cop (Michael Nouri) who’s after a body-swapping alien villain. Going along for the ride is an FBI agent (played by Kyle MacLachlan) who might be more than meets the eye himself. The Hidden was a case where the movie has been built up to me for years (it has a passionate fan base) and I was happy to see that it’s just as good as its fans have attested. One gripe: there’s a sequence where a crime scene is at a vinyl record store and I would have preferred to have browsed the store instead of continuing with the plot of the movie. At least let me check out the soundtracks.

Rob: The Hidden is still on my to-watch list. I’m glad you enjoyed it!

Adam: Puppet Master, on the other hand, was not my jam. I’ve been a fan of some Full Moon Features previously (primarily their collaborations with Stuart Gordon), but this one was lacking interesting characters, which made the film drag for me. I like actors Paul Le Mat (American Graffiti), William Hickey (Tales from the Darkside: The Movie) and Barbara Crampton (Re-Animator), but they either seemed disinterested (Le Mat) or were barely in the movie at all (Hickey and Crampton). The designs of the puppets and the special effects were impressive, especially for 1989, but I kept wondering the whole time if Puppet Master isn’t a series for me or that it’s just a series that needed time to ramp up to better sequels.

Rob: I saw people posting pictures of their new Puppet Master Blu-ray set a few weeks back, which made me wonder if I should make it my franchise watch this month. Based on what I’ve seen (coupled with your reaction), though, I don’t think it’ll be for me.

Adam: I watched a few other new-to-me movies I liked, including Blacula, Halloween: The Curse of Michael Myers, The Man They Could Not Hang, Fade to Black, Hubie Halloween and Def By Temptation. On the opposite end, I finally got around to Children of the Corn and 976-Evil and didn’t like them at all. The latter has a recurring setting of an old movie theater that (as the marquee reads) has a “continuous horrorthon” even though it’s said the film is taking place during November. I call bullshit. This would never ever happen. That theater would be showing Tenet.

How’s your October been? Did you hate Phantom of the Megaplex? I feel like I owe you an apology for talking that one up so much. 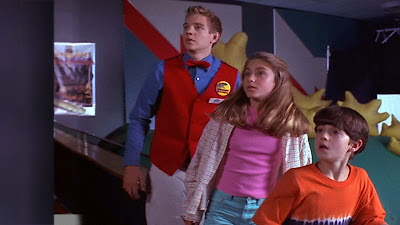 Rob: I had a weirdly good time with Phantom of the Megaplex, but it probably got a bump because I watched it right after the interminable Let It Snow. I liked its hijinks! I liked its “Aw, shucks” reverence for the multiplex. The big premiere was like prom for those kids! Their adolescent antics gave me a little bit of my soul back.

Looking back at our column from the beginning of the month, I’m actually pleased to report that my #ScaryMovieMonth has gone better than I expected, so far. I was only able to see one of the Nightstream Film Festival movies on my initial list (Anything for Jackson), but I did get to see several others that were interesting. I don’t want to talk too much about them here because I don’t know if my reviews will have run before this does. But there was some good stuff!

My other watches have been more or less random. I checked out Fade to Black after your recommendation, and I’m happy to report that it rules. It’s a great slasher premise with a ton of fun genre signifiers that place it squarely in 1980 in that homemade, low-budget way. Dennis Christopher is giving an incredibly strange performance as a cinephile-turned-murderer that made me wonder how many roles he lost to Sean Penn and Crispin Glover. I mean that as a compliment, I think.

Adam: I liked when he slipped into his Cagney voice. Plus, it’s a movie with Mickey Rourke stealing carnival prizes! I hope that’s art imitating life.

Rob: I also checked out Sleepaway Camp II: Unhappy Campers, which I grew to like more over the course of the viewing. Though it’s disappointing that Angela is recast, the film features some fun kills and delivers on a solid sequel premise. It’s kind of the Halloween 5 that Halloween 4’s ending promised but never delivered on. 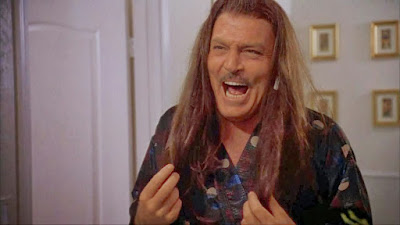 I also watched the Carpenter/Hooper anthology joint Body Bags for the first time. I’m really trying to get into anthologies, even though the only one I’d be excited to put on right now is probably Tales from the Hood. I liked this one a lot, and I’m discovering that I like my anthologies with fewer, longer stories. “Hair” was especially fun. I kept imagining Stacy Keach reading the script and thinking, “I AM this man. I AM this long-haired lothario!” It was a good time.

Adam: Body Bags rules. I wish it got picked up to be a series at Showtime (to compete with HBO’s Tales from the Crypt) as was originally planned.

Rob: One last new-to-me viewing was Behind the Mask: The Rise of Leslie Vernon. While the tone is a little unwieldy in the early going (the film commits a little too much shoe leather to plotty stuff we don’t ultimately need), it eventually comes together and sticks the landing. I like to imagine film snobs bringing this one up whenever a normie talks about how much they like The Cabin in the Woods.

What’s still on your list as we reach the halfway point?

Adam: I finished Ghost in the Machine (which might be the single dumbest movie I’ve ever seen) and Fright Night Part II (which was decent, but nowhere near the original) last night. For the remainder of the month, I have first-time watches of Once Bitten, My Demon Lover, Fear Dot Com, The Mortuary Collection, Session 9, Mr. Sardonicus, The Witches (2020), Terror Train, Vamp, and Man’s Best Friend planned. I also want to get to the director’s cut of Doctor Sleep and my annual Bubba Ho-Tep re-watch. I’m going to attempt a 24-hour marathon at home this weekend. I have a couple of lineups in mind, but it seems more fun to me to choose movies in the moment and then see what the list was at the end of the day.

Rob: The Doctor Sleep director’s cut rules. Keep me posted on the 24-hour marathon! New-to-me stuff still on my list includes 3 From Hell, Wolf, Creepshow 2, Tales from the Hood 3, and whatever Red Letter Media features on their upcoming Best of the Worst Halloween special. I’d also like to re-watch Nina Forever and One Cut of the Dead.

Adam: Nice! This month has been fun so far. I was worried I’d be burnt out by watching too many movies too quickly (which happened last year), but I think because there’s nothing to do safely outside anymore that I’ve cut myself some slack with watching dozens of movies at home in the span of a single month. 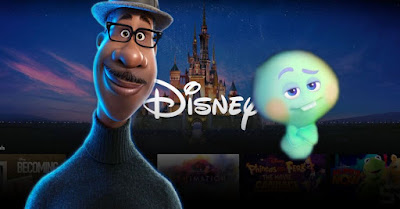 Off-topic question: How do you feel about so many high-profile movies moving to streaming this past week like Soul and Coming 2 America? I’m excited about it since it feels like there’s an actual film slate, but I also wonder if with each successive theatrical film moving to VOD/streaming it’s another nail in the coffin for the moviegoing experience we knew. I can’t picture right now what a return to movie theaters will look like if streaming services become emboldened with a new distribution model.

Rob: I don’t see how we return to movie theaters, honestly, especially after Regal announced they’re closing down and Disney announced that they’re reorganizing to focus on streaming content. This pandemic changed a lot of things in our lives, and it looks like theatrical distribution may be one of the bigger permanent victims. It reminds me of the whole Napster thing Back In The Day. The industry had to adjust to a new reality. Honestly, though, theatrical distribution was already on its way to a niche thing that was reserved more or less for Disney and other tentpole blockbusters. The multiplexes were dying out long before COVID. It’s sad, but I’m going to try to see it as an opportunity to reorganize the industry and get more independent voices louder megaphones. It’s as you’ve said for a while: There’s no home screen anymore. There’s no monoculture. The weekend box office feels as much like a relic as the Top 40.

Adam: It might be a good thing for film criticism because people are going to have no idea what to watch anymore and seek out more curation/direction. That’s my glass half-full thought process. Until next time…