Songs I Love From Movies 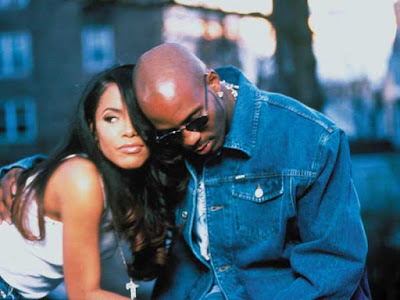 A playlist for my post-vaccine dance party!

Barb and Star is my favorite movie of 2021 so far. It’s magical and hilarious. Even Jamie Dornan is funny in it, as you’ll see in this video. Plus, it’s a catchy song and reminds me of how my ex-girlfriend from college used to make me feel. I can further relate, too, because I have a crush on the character Dornan’s singing about (2:08 mark). I have weird taste.

A few years ago, I bought a used record of the Beverly Hills Cop soundtrack for one dollar and it might be one of the best purchases I’ve ever made. It’s in my rotation of soundtracks I listen to when I watch baseball games on television. It’s like when I was a kid and used to play Sega with the volume down so I could listen to Jagged Little Pill at the same time. I’m a renaissance man. Have you seen Renaissance Man? That movie’s underrated.

Song: “Beginning Of The End”
From: Bill & Ted Face the Music
Artist: Weezer

For a movie I don’t like very much, I’ve sure seen Bill & Ted Face the Music a lot of times. It’s wearing me down but I’ll never full embrace it like I do Excellent Adventure and Bogus Journey. Oddly enough, I really like the song by Weezer from Face the Music, which is surprising because they’ve alienated me (a guy who used to really like their music) since 2004. That album of covers was like a sick joke.

The new live-action Mulan was a true abomination, but it had a good end credits song! I like this one because Christina Aguilera sounds like she’s been through some shit and these are the lessons she’s learned. I went to a Christina Aguilera concert once in high school. Destiny’s Child opened for them. It was my idea. I look back on the event and I’m surprised my friends were so supportive. It’s like they were loyal/brave/true…(gasps).

Song: “Come Back In One Piece”
From: Romeo Must Die
Artist: Aaliyah featuring DMX

This song makes me sad right now because both artists have passed on, but it’s also a good opportunity to celebrate two terrific entertainers that were mainstays of my music fandom back in the day. I love the movie Romeo Must Die. I wish that era (era) where they blended martial arts and hip-hop lasted longer. It was a fad for sure, but a pretty great one. Want to hear something amazing? On the day DMX passed away, I was driving around listening to Sirius XM and one of his songs came on the radio. During the song I heard two dogs barking at each other outside. If that isn’t divine intervention, I don’t know what is. Thanks for the memories, DMX and Aaliyah.

I don’t have much to say about this one but it’s the end credits song that I love from my favorite movie of last year, Shithouse. It’s such a chill track. It makes me feel like I’m walking around Austin, TX or something. I miss Alamo Drafthouse. Thanks for the memories, The Ritz.

Song: “Far From Over”
From: Staying Alive
Artist: Frank Stallone

It was raining the other day and I ended up watching the new documentary called Stallone: Frank, That Is, which is about the life and career of Frank Stallone. It’s more than a little biased (Frank Stallone also produced), but it reminded me how much I like the song “Far From Over.” The first ten seconds of this song should be my alarm clock buzzer. I would attack every day. I should probably get around to seeing Staying Alive. Saturday Night Fever is my favorite movie, so I don’t want it ruined for me with (what I’ve heard is) a far lesser sequel.

I don’t care much for the movie Tenet, but this song by Travis Scott is pretty great. I have trouble imagining Christopher Nolan hearing this and enjoying it because I don’t believe that man experiences human emotions.

Twister is opening the season at my nearest drive-in soon (as a double feature with Jaws) and I’m 35 percent going just because I want to send-off the night hearing “Humans Being” as I drive out of the lot. This song is great soundtrack cheese. I can imagine Jan De Bont hearing this and enjoying it because I believe that man experiences human emotions.
Your turn! Which songs from movies have you been loving lately?
Posted by Patrick Bromley at 12:00 PM