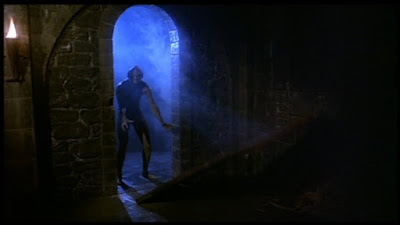 In The Incubus, the words “this is a small town” is proclaimed no less than 432 times, each time carrying a different warning. For instance, a small town means a small population and in The Incubus we meet every member of that population in the first five minutes of the film. It opens with a young woman lying on a rocky beach in a yellow bikini. We then meet her boyfriend who is murdered by an unseen assailant. We then meet a creepy old lady. We then meet a sweaty young man mid-nightmare. We then meet John Cassavetes peeking in at another young woman showering. And on and on until that small town is fully introduced, all the while I'm screaming in my head “CALM DOWN!” to the incoherent editing. Incoherent the rest of the film that follows may be, but boring it is not. 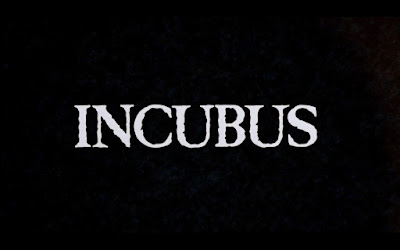 Having now passed the halfway point in my 1982 journey towards my 40th trip around the sun, I have now covered two John Cassavetes films; the first being Tempest. Known as one the greatest dramatic actors as well as one of, if not the, Godfather of indie filmmaking, Cassavetes only appeared in three horror films in his career. First came Roman Polanski's landmark masterpiece Rosemary’s Baby, followed by Brian De Palma's mind-bending The Fury, and finally The Incubus, a fine entry into the canon of Canuxploitation. Just like in every single performance, Cassavetes brings a raw intensity to what could easily be considered pulpy, sleazy trash. Being in the Vinegar Syndrome catalog, one could mistake The Incubus for being just that, but director John Hough delivers a film that not only isn't low-budget trash horror, it feels like big-budget trash horror. The ideas are big, the performances are even bigger in spots, and it all comes together to give the viewer an experience not unlike the aforementioned Cassavetes horror films. (Lest you think I'm considering The Incubus to be equal to or better than Rosemary’s Baby or The Fury, I assure you it's not.)

The Incubus follows Cassavetes as Dr. Sam Cordell as he's investigating a spate of brutal rapes and murders happening in a small, unspecified, perpetually foggy village not unlike the locales of Dead & Buried or Demon Wind. Along with the spineless, drunk sheriff, Cordell must get to the bottom of these attacks while also trying to protect his teenage daughter on top of performing his duties as head physician, chief of surgery, pathologist/coroner, and apparently sole doctor of this town. Whereas in Amityville II: The Possession the words “I'm a priest” can get you anywhere – including into crime scenes – in The Incubus the words “I'm a doctor” also mean “I'm a cop” and “F.B.I. liaison” and “lawyer.” Meanwhile, Cordell's daughter is dating the sweaty young man from the beginning who dreams of these attacks before they occur (a la The Sender). The old woman reveals some secrets – after all, it is a small town – and the ending comes and goes, leaving you with more questions that when the film started. 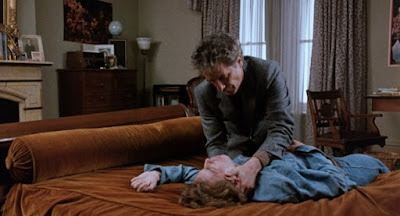 Into the slurry of The Incubus is thrown Kerrie Keane as gossipy newspaper columnist Laura Kincaid. While looked upon as the town pot-stirrer, Cordell is attracted to her for unexplainable reasons to him and us. “I don't get you,” she says. “You're sympathetic. But you're not with me.” While this makes no sense out of context, it too makes no sense in context. This is during their first intimate encounter where we've gotten zero background as to who the hell this woman is, what her role in his life is or has been, and why he's attracted to her. Cordell even says something like, “I don't know what it is, but I can't stop thinking about you.” As far as we're concerned, they just met. It may be implied that Kincaid reminds Cordell of his late wife, but it's never overtly stated, which leaves us all the more confused. (If it isn't already painfully apparent, I prefer sloppy romance subplots to stay out of my horror.) And do they ever revisit these questions of mysterious and obsessive romance? Reader, I tell you, they do not. Instead we're treated to witches, or ghosts, or monsters. It's never entirely clear – which is quite fitting for this movie. But that's fine because that's all we want from this movie. 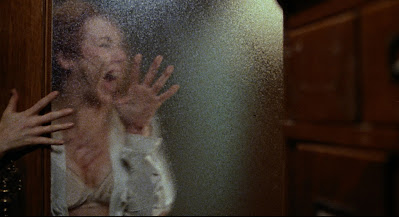 Twitter friend @vinnybutbetter tweeted something very poignant recently after watching The Visitor. He wrote, “I'm really over people calling movies 'bonkers' or 'batshit' and then watching a movie and having it just be... meh. It isn't crazy. It just has plot holes and silly scenes. Not terrible either.” This should be applied to 99.9% of the movies people label as “bonkers.” The Incubus could be the poster child for this tweet. Stunted performances, hyperactive editing, and a bewildering supernatural element meld together well enough but leaves ugly jagged edges jutting outside the box. The box, mind you, that we the viewer bring to the table. Leave the box at home.
Posted by Patrick Bromley at 5:00 AM